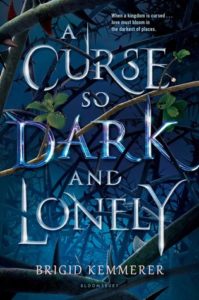 Fall in love, break the curse.It once seemed so easy to Prince Rhen, the heir to Emberfall. Cursed by a powerful enchantress to repeat the autumn of his eighteenth year over and over, he knew he could be saved if a girl fell for him. But that was before he learned that at the end of each autumn, he would turn into a vicious beast hell-bent on destruction. That was before he destroyed his castle, his family, and every last shred of hope.

Nothing has ever been easy for Harper Lacy. With her father long gone, her mother dying, and her brother barely holding their family together while constantly underestimating her because of her cerebral palsy, she learned to be tough enough to survive. But when she tries to save someone else on the streets of Washington, DC, she’s instead somehow sucked into Rhen’s cursed world.

Break the curse, save the kingdom.

A prince? A monster? A curse? Harper doesn’t know where she is or what to believe. But as she spends time with Rhen in this enchanted land, she begins to understand what’s at stake. And as Rhen realizes Harper is not just another girl to charm, his hope comes flooding back. But powerful forces are standing against Emberfall . . . and it will take more than a broken curse to save Harper, Rhen, and his people from utter ruin.


I fell in love with Brigid Kemmerer’s stories this year after I read Letters to the Lost. The moment I saw this book was about to be published in a few months I asked for it and crossed my fingers.

I couldn’t thank Bloomsbury Publishing enough for granting my wish!

But you know what they say when you have great expectations, they can be deceitful…

A Curse so Dark and Lonely certainly did not disappoint me in the least!

Brigid Kemmerer wrote a dark, uncompromising yet fantastic tale that reminds me of the series Once Upon a Time as we have two parallel universes. One having a medieval feel and another being our modern world.

I won’t say much about the plot as I don’t want to spoil your fun but when I read these opening lines :“There is blood under my fingernails. I wonder how many of my people I’ve killed this time” I was all “Wow! That’s terrifying and horrifying and not what I expected and….give me more of it!”
I was hooked from the beginning. Sold to this twisted story where a scary commander with an unreadable face kidnapped girls in the hope of breaking the curse befallen on his at that time arrogant, entitled and foolish prince. It had me fall head over heels in love with Harper, Rhen and Grey’s story!

The title of the book could not have been chosen better!
A Curse so Dark and Lonely is a modern/fantasy retelling of the Beauty and the Beast but is certainly not some rosy fairy tale!

It IS dark. You have gore, slaughter, eviscerating …the beast is a beast. An angry monster ready to kill everyone strangers and friends alike.

Characters are also feeling lonely for a long time now. Not only the cursed prince of Emberfall, Rhen is feeling lonely and desperate but Commander Gray as well. They both lived this curse for 300 seasons now and live in an empty castle isolated from the rest of the Kingdom in its own seasons.

Rhen is crumpling under the weight of guilt, of what he’s done for countless times. Yet the evil enchantress ensured he could never escape this curse except in finding true love. Harper was the girl neither prince Rhen neither Commander Grey expected! She did not meet any of their criteria.
Born with cerebral palsy she fought all her life to work around her handicap. Courageous, determined, fierce she refused to let it cripple her life and determine who she was! I loved that Brigid Kemmerer chose a “flawed” heroine, one born with bad cards yet who managed through sheer determination to raise above her handicap and accomplish extraordinary things.
Harper was not only brave but also extremely generous and wore her heart on her sleeve.
Life had been hard on more than one way on her and she learned not to trust easily and to call it rubbish when it was.
She was the least classic fairy tale princess from all the “chosen” girls yet she could not have been better suited for the role!

When she meets commander Gray she fights! He may be a seasoned warrior and her an untrained handicapped girl she will be fierce and resourceful!
The same can be said with Rhen! He won’t be the boss of her and the prince will be disconcerted with this daring girl!

“Am I supposed to call you Your Highness now?” “Only if you can do it without such contempt.”

Yet if she mistrusts Grey and Rhen *of course she does not trust them, they kidnapped her* she does not hesitate to brave danger and death to save innocent women and children. Earning Rhen and Grey’s admiration and respect.

I loved everything in this book!

–the characters of course (see above);

-the way the characters developed and evolved. They became what they were meant to be, a better version of themselves. Rhen went from arrogant and distant to loving and ready to fight for his people. Because let’s face Rhen really was a jackass and spoiled pompous prince before Lilith cursed him!

I am not saying he deserved to be cursed but I wouldn’t have minded a good “beating some sense into him” and “learn your manners young boy!” if I had met her pre-curse. Honestly if he had stayed the same man he was before being cursed I would never have liked this story as much as I did. But he did learn some humility and kindness the hard way.
Harper also bloomed in this story. All her life she’s been seen as fragile and in need of being protected by her big brother Jack. Here she became so much more as she took the lead and acted to protect other’s lives. She learnt to be in charge and that she was strong and resourceful. 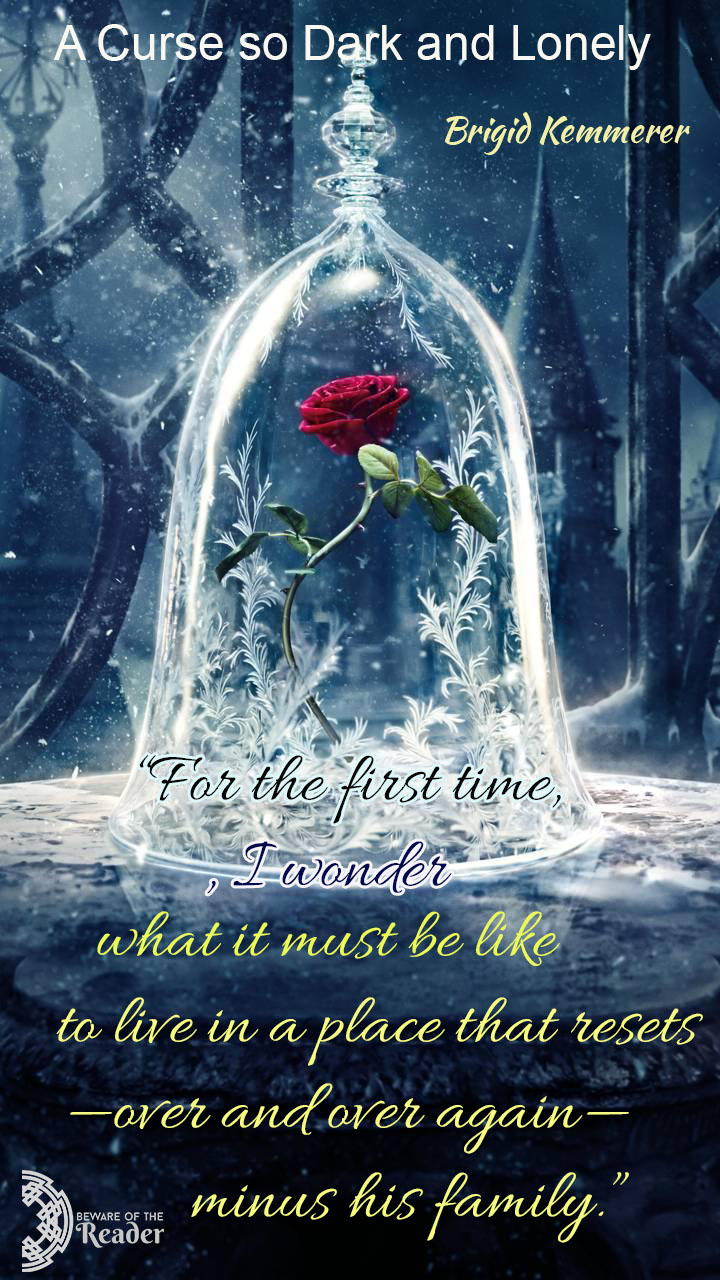 -the writing was excellent, flowed effortlessly. I also really loved Brigid Kemmerer’s choice to narrate a harsh story far from the conventional sugary tale. It made fro a much more realistic story as life is not a bed of roses indeed;
-the ending was so Brigid Kemmerer and I won’t say more about it.

Have you read this book or one of Brigid Kemmerer’s?