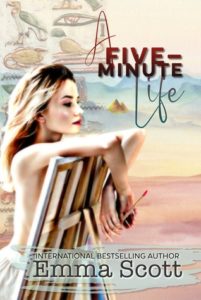 Remember us…when I can’t.Thea Hughes has five minutes to live.

A car accident stole her parents and left her with the second-worst documented case of amnesia in the world. She now has only minutes of experiences, of consciousness, of life…before her memory is wiped clean. The once effervescent artist with a promising future is reduced to scribbling with pens and paper, living an empty, quiet life, three hundred seconds at a time.

Jim Whelan is on autopilot.

A foster kid shuffled around the system since birth, he’s lived his entire life without knowing love…and it’s taken its toll—until he learned to fight back, carry his armor, and keep his head down.

When Thea has the chance to break free of her five-minute prison with a risky, experimental surgery, it could lead them both to an epic love they never thought possible… or one that could require the ultimate sacrifice.

A Five-Minute life contains subject matter that might be sensitive to some readers.
#standalone #newadultromance #notparanormal

“Alone-ness is an abyss. It’s being alone even when you’re surrounded by people. It’s vast and empty and silent.”

Here we go, trying to write a review for Emma’s book when I have so much to say that ideas are fighting in my brain. It happens every time I read one of her books. Trying to give something organized yet conveying all the emotions that story made me feel. 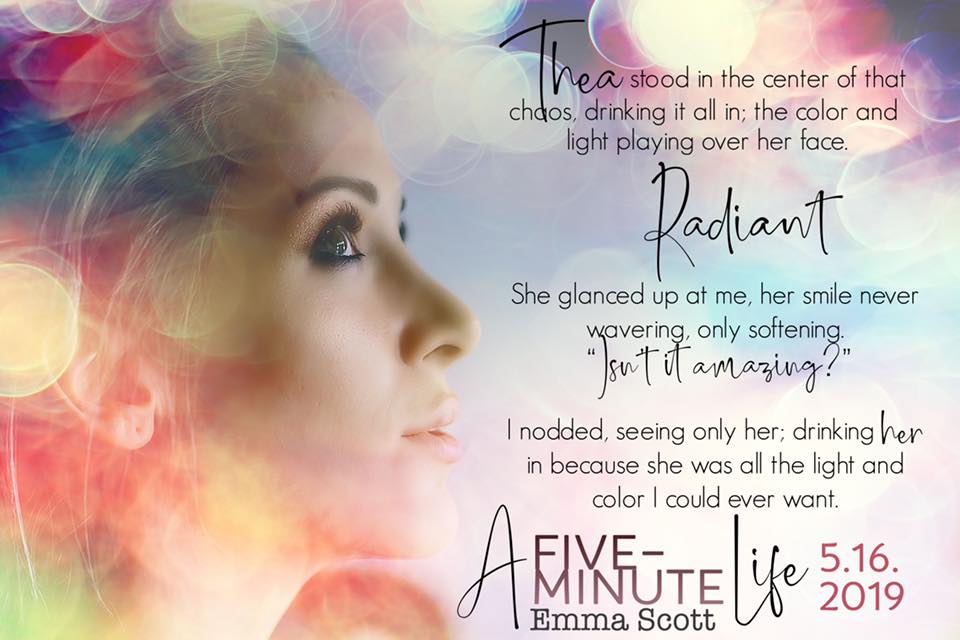 I think this conversation that I had with a blogger friend, Talia @redhotink gives the best idea.

We were skyping Saturday, her in New York me in my tiny European town and discussed Emma’s book.

Talia: “I am waiting for the right frame of mind to read that one. I just know it will be very emotional and I need to be ready.”

Me, 80% in the book at that moment: “Don’t be afraid. It has lots of emotion, because this is Emma we are speaking about, but you won’t drown in it like “The Beautiful Hearts” duet”.

Then a few hours later, having finished the book …

Because she packed a punch in the last 20% and I was just crying like a baby!!!!”

Another snippet of information that I can give you is that now, on Emma’s Facebook group, there is a controversy about Weston still being the best boyfriend versus Jim alias “Jimmy with the kind eyes” because that guy was sooooooooo loveable!

Now that I’ve been all over the place *told you my reviews tend to be really messy with Emma’s books* I will try to structure this review.

In a nutshell, what’s this story about?

As the synopsis explains, it’s about Thea, a young vibrant artist who lost her memory in a car accident that killed her parents. She is now in a sanatorium with her sister as legal guardian as she can only have memories in five minutes time period. After five minutes, she is resetting and does not recall being under the shower or eating etc.

Can you imagine the stress of being constantly “awakening” when you are under your shower or chewing something without any recollection of having undressed to shower or of being seated to eat your meal?

How are you there? Where are you? Who are these strangers around you in white blouse? Why are you headed outside? Where are your parents? Your sister? Etc.

This is just insane! Poor, poor Thea! Prisoner of her mind!

It could seem boring but I found it just arresting as we got to really realize what Thea’s and her entourage’s lives must be and feel!

Jim is a product of the foster system. He’s never known his parents, has been sent from foster home to foster home, often to not very kind people to say the least. He stutters after a dramatic incident when he was a kid and has been bullied for years. He’s been convinced or rather brainwashed that he is nothing, deserves nothing.

Jim was …a dream book boyfriend.

Jim wants to help others. He needs to give, to be compassionate, to do something good, something that matters.

His dream is to help other people struggling to speak but studying costs money and he does not think that he deserves happiness.

“I don’t feel sorry for you, Jimmy,” she said. “I feel sorry for all the people who had a chance to really know you but didn’t. They blew it. They fucked up. I’m proud of myself that I’m not like them.”

When Jim arrives to work as an orderly at Blue Ridge Sanatorium he will instantly be drawn to Thea.

He will be the only one to see her. To see that she is still inhabiting that body, that mind. That she is trapped. That we have to help more.

“These weren’t just word chains. These were strings of pain. And at the end of every one, the theme. The period at the end of Thea’s sentence. A repetition, like the echo of a voice calling out from somewhere deep and dark. Lost. Gone. Scream.” 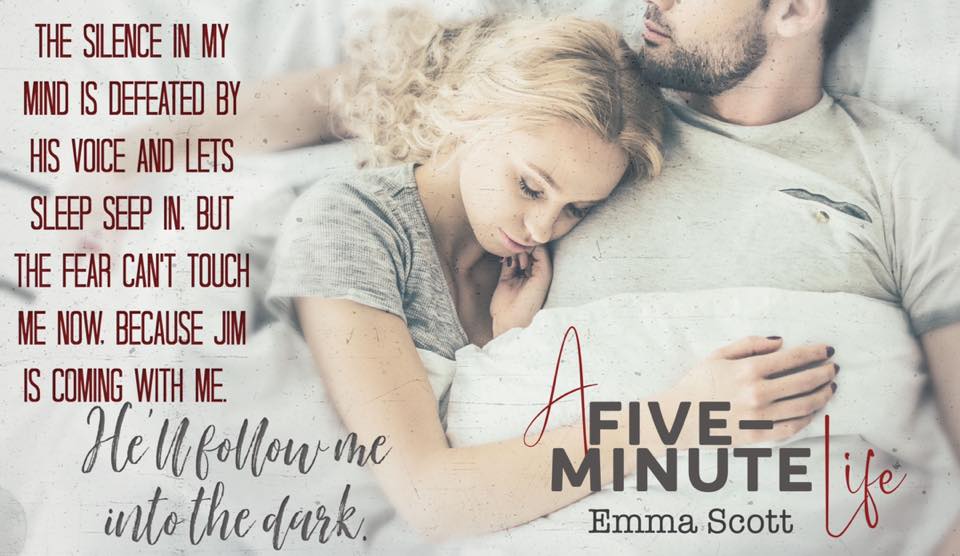 I won’t tell more about the plot as I don’t want to spoil your read but just know that their relationship, their connection was deep, solid and moving.

Both are luminous souls and they glow.

Their romance, their personal struggle, the atmosphere of the book and the cover reminded me so much of Sugar & Gold. If you want to “compare” to another of Emma’s books I’d use Sugar & Gold.

It has a softness, a “muteness”, a nuance that can be found in that work. The characters are less “flashy” if you could say so, humbler than “The Beautiful Hearts”. They deserve to be heard and seen but you have to want to see and hear them because they are discreet. There is so much humility in that story, so much hope too.

But as I said in the beginning, don’t be fooled by the apparent softness of the tone as the last 20% will slap you right in the face, morphing your experience from a moving story to an emotional tsunami!

Now what was missing to give it 5 stars? Not much at all honestly. It’s only my personal greed as I would have loved delving more into Jimmy’s past. We got only snippets here and there, a short prologue but I wanted more. GIMME MORE LITTLE JIMMY Emma! LOL

Recommend it? A thousand times!

Have you read it or any of Emma’s books?