Brant:
Became a tech billionaire by his twentieth birthday. Has been in a relationship with me for 3 years.
Has proposed 4 times. Been rejected 4 times.

Lee:
Cuts grass when he’s not banging housewives. Good with his hands, his mouth, and his cock. Has been pursued relentlessly by me for almost 2 years, whether he knows it or not.

Go ahead. Judge me. You have no idea what my love entails.

If you think you’ve heard this story before, trust me – you haven’t 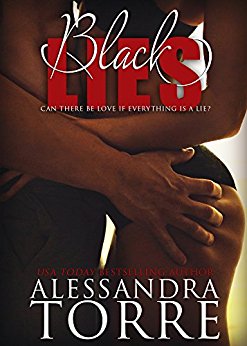 This is brilliant, diabolical!
Without other really enthusiastic reviews, I never would have read it. Because it has two major flaws to me: love triangle and above all else cheating.
I despise cheaters. They repel me. It goes against everything I believe in and I rarely find excuses for a cheater. I’m what you could call honest to the bone. Maybe I could forgive but it still would be very hard.
And Layana has the perfect boyfriend: rich, über smart, sexy as sin, devoted to her and still, she has an affair with Lee.
How could she? ???? What was wrong with her?
I also wanted to hate Lee as he takes Layana from Brant. I didn’t like him at first, was disgusted by the sex scenes. Not by the scenes themselves but because it was a deception. But as the story evolves, I became fond of Lee too, of his insecurities. He seemed a pawn in Layana’s clutch.
As for Layana, I could not understand how she could love both of them. And how could she be so shallow and egotistical as to break Lee’s relationship? Just to have him back and be able to deceive Brant? What kind of women does this? Not the characters I usually love and admire that’s for sure.
The more Layana enjoyed her encounters, needed them, the more I was disgusted. I even had bile rising in my throat.
But there had to be more to it, right?
I could not believe so many readers would condone treachery. Or at least, it should all have a purpose, some redeeming qualities, something I didn’t grasp. I had to believe what others wrote: “ If I hate love triangle I had to read it and if I hate cheating, I had to read it too”.
I had my beliefs of what it could be and it turned out I was right. But even guessing so, I wanted to abandon as this seemed so real. It’s diabolically written, brilliant!
It’s so far and unique from other readings.
And I’m so glad I followed other’s advice or I would have missed a masterpiece.
So now, I’m also telling you: read it, recommend it to others and fasten your seatbelt because you’re in for an emotional rollercoaster. And don’t give up, as tough as it seems!