Devon Jackson is a smug, arrogant prick. He’s also CEO at Worldwide Airways, and I’m the lucky one who lands a job as his PA—a job I soon learn to regret taking.

I do absolutely everything for him, from organising his appointments to picking up condoms for him every Friday afternoon.

Why do I put up with it?

Because, despite it all, I am obsessed with him and have been since I was fifteen. He treats me like dirt, yet I still come back for more.

To him, I’m untouchable. And not only to him, but every other man on the planet. The fact he’s my brother’s best friend has seen to that. They’re both possessive jerks.

And I put up with it…for a while.

Once I put my foot down, the dynamic changes. And it is at that moment I find out how he really feels.

In fact, I find out so much more than I bargain for. Not only is Devon host to some serious demons, but he also holds a very big, dark secret. A secret that could destroy our relationship before it gets a chance to begin. 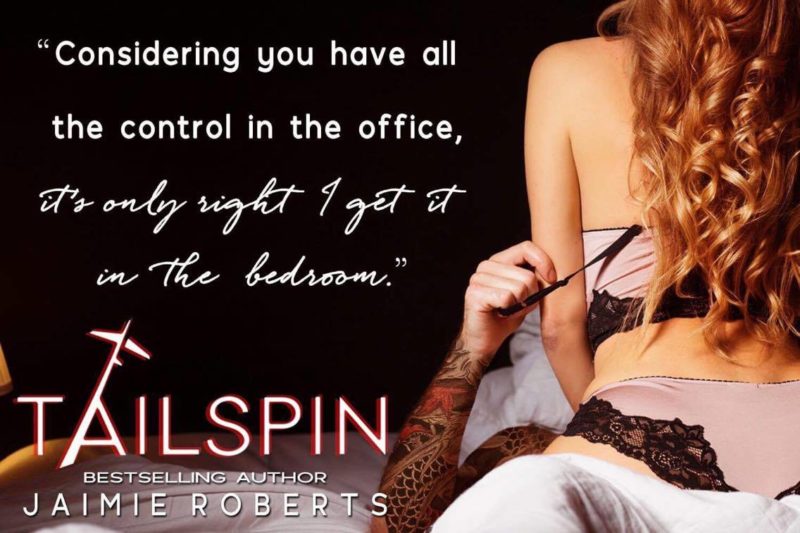 WARNING: biased review ahead due to personal pet peeves

Just let’s get something straight: I love Jaimie Roberts as an author and as a person. I’m convinced she can write extremely good stories sometimes confrontational and does not hesitate to take her readers out of their comfort zone.
Even if my current rating is low I’ll read her future books with great interest and probably great pleasure.

That being said I give this book 3 stars and Jaimie’s penmanship has nothing to do with this rating.
BUT
How do you rate a book when you have only contempt for the main male character?
When you can’t seem to see excuses for his behavior like the female character does?
When you know from friend’s experience that being repeatedly treated badly by someone followed by his excuses “never again” is a hopeless cycle?
When you can’t understand why the heroine keeps forgiving him when he really is behaving like a pr@ck?

I love Jaimie Roberts and her books but this one was not for me.
My review is tainted by personal experiences where I encountered that kind of persons either among friends or family: arrogant, broken and lashing on others. They are manipulative and utterly toxic. Devon is a bad boy. And he may be muscled, wealthy, covered in tattoos trust me when I say you don’t want to drool on him.

The title is perfect for the book as it was a real tailspin.
Devon was cold and hurtful with Andi just to be sweet and loving right after. I can’t stand that kind of relationship. I think girls (and men) deserve to be treated fairly, lovingly. Not doormats just useful to take off the filth under your shoes. Even if the moment after you show remorse and are the sweetest person on earth.
Debasing people never works for me!
People like Devon I leave them as fast as I can. They are just toxic.

Second problem I had: Andi.
She is a very sweet and loving person. Always supportive of her brother, her father and of course… Devon.
We read she’s been infatuated with Devon for years now. She TELLS us it’s only been Devon and always him. But she SHOWS interest in other men too. She would be open to something else if need be. Honestly good for her as Devon is a jackass but it makes difficult for the reader (that would be me) to really feel invested 100% in the relationship. Or believe in her unconditional love for Devon…

Let’s not forget I wanted to shake some sense in her for indulging Devon’s erratic behavior.
She was not a complete doormat as she showed her displeasure to Devon. She answered back. But she never seemed to realize how manipulative Devon was. And that had my blood boiling!

Now to be honest it’s easy to see the relationship for what it is from afar but when you’re living with an expert manipulator it’s far from easy to see the light. So kudos for Jaimie to write so accurately about such situations.

Last parting words: this book gets many wonderful reviews so don’t let my rant deter you from judging by yourself. I already stated this review has nothing to do with Jaimie’s talent but comes from personal pet peeves and triggers.

Jaimie you know I love you to the moon and back. I still think you’re an incredibly gifted writer and will read your future books with great pleasure. But I swore to always be honest in my reviews and this one was just not for me. Sorry.
Find me on:
WordPress: Beware Of The Reader
Facebook: Beware Of The Reader
Facebook besties: Best Reading Blogs Ever
Instagram: @bewareofthereader
Twitter: @BewareOffReader