For the wandering and the wild, the new heroes gazing fearlessly into the dark.

For the young ones rising.

For teens who love strong female protagonists in their fantasy and historical fiction, Blood and Sand is a stirring, yet poignant tale of two slaves who dared take on an empire by talented debut author C. V. Wyk.

Roma Victrix. The Republic of Rome is on a relentless march to create an empire―an empire built on the backs of the conquered, brought back to Rome as slaves.

Attia was once destined to rule as the queen and swordmaiden of Thrace, the greatest warrior kingdom the world had seen since Sparta. Now she is a slave, given to Xanthus, the Champion of Rome, as a sign of his master’s favor. Enslaved as a child, Xanthus is the preeminent gladiator of his generation.

Against all odds, Attia and Xanthus form a tentative bond. A bond that will spark a rebellion. A rebellion that threatens to bring the Roman Republic to its end―and gives rise to the legend of Spartacus…

The story continues in Fire and Ash, coming in 2019 from Tor Teen.

For the wandering and the wild, the new heroes gazing fearlessly into the dark.

For the young ones rising. 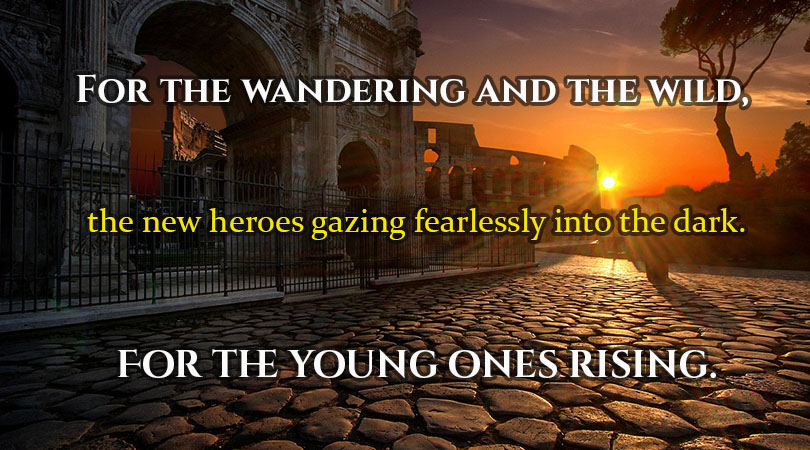 For two days I was nose stuck in a book.
I simply did not want to blog or follow my social feed or…shoking for a blogger I know!

I just had to follow Attia and Xanthus journey. Was this book the best written book in history? No. It is undoubtedly well wrtitten but more important: it was calling to my heart.

I used to read many historical fictions as a teen from prehistory to ancient Greece, Egypt, Rome, ….

Blood and Sand reminded me how much I enjoyed these readings.

For two days I followed a strong and badass heroine.

Attia is a Thrace princess, heir of king Sparro who’s been killed by Crassus. She is now readied to be sold as a slave and this opening scene will give us an epic fight. Attia runs and fights like a demon. An ancient Kill Bill jumping on rooftops, jumping wall to wall to the top, incapacitating soldiers bare handed…you got it:it was riveting!

Then suddenly, she realized there was nothing left to run to.

No family, no friends.

Every single person she had ever known were dead.

“I am nothing. Attia is nothing. Not a name or a sound. There is no me. There is only a ghost of Thrace.”

When she arrives to Timeus house it’s to be a gift to Rome’s champion, gladiator Xhantus.
Xanthus has been undefeated for long years now. If he is a well honed killing machine he hates taking lives.
Xanthus is tired. So tired of being a slave and taking lives…

“But Xanthus stayed on his knees afterward. His eyes focused on the blood drenching his hands and arms and chest. His shoulders bowed beneath an oppressive weight. His ears drowned in the deluge of the crowd’s cheers.

No one heard when he finally turned his face upward and whispered a prayer into the swirling dust.

Attia and Xanthus will bond in their slavery. Helping and caring for each other.

The book is about survival, keeping your identity and your pride even as a slave. It’s about revenge. It’s about love and affection the only things worth surviving for.

The author took liberties with history here but it did not bother me. What I was looking for was the Roman’s way of life rather than completely accurate facts and dates.

Attia is a formidable heroine and Xanthus is a colossal hero you can’t but love.
It ends dramatically but it’s only the first book in the series. More is yet to come and I don’t know what surprise the author has in store for us.

If you like historical young adult stories built around strong heroes and sustained by a simple yet holes free plot this is your next read.

Thank you Raven for your high praise of the book you made me read it!

Have you read it? Do you love historical books?