We are halfway to our challenge already!!!

Today is about historical.

I used to read a lot of historical books.

From Neanderthal men with The Clan of the Cave Bears by JM Auel ( a must read) to Ancien Egypt and ancient Rome (Colleen Mc Cullough) going through medieval times to Italian renaissance (the Borgia, the Medicis) and the French kings with their Musketeers (I’ve read all Alexandre Dumas).

But it’s been some time since I’ve read historical, The Bourbon Thief, Blood and Sand, From Sand and Ash aside.

Anyway in my eyes THE MASTER at historical novels or rather saga or series is Ken Follett! 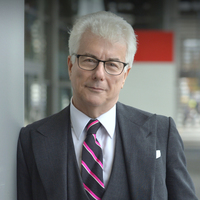 He always succeed in enthralling me! I’m always following his many characters, usually families, on their journeys spanning across years or even centuries.

He is a genius fleshing out real and flawed characters all living their own drama backed by an incredibly documented historical background!

I’ve loved The Pillars of the Earth series and The Fall of the Giant series.

A Place called Freedom : “Scotland, 1766. Sentenced to a life of misery in the brutal coal mines, twenty-one-year-old Mack McAsh hungers for escape. His only ally: the beautiful, highborn Lizzie Hallim, who is trapped in her own kind of hell. Though separated by politics and position, these two restless young people are bound by their passionate search for a place called freedom.

From the teeming streets of London to the infernal hold of a slave ship to a sprawling Virginia plantation, Ken Follett’s turbulent, unforgettable novel of liberty and revolution brings together a vivid cast of heroes and villains, lovers and rebels, hypocrites and hell-raisers—all propelled by destiny toward an epic struggle that will change their lives forever.

Praise for A Place Called Freedom

A Dangerous Fortune: “In 1866, tragedy strikes at the exclusive Windfield School.(…)

Hornet Flight:”It is June 1941 and the war is not going well for England.  Across the North Sea, eighteen-year-old Harald Olufsen takes a shortcut on the German-occupied Danish island of Sande (…)“

Now do tell me who is or are your favorite historical authors?