Today’s topic in the challenge is most creative authors.

I know you are probably thinking that all authors, at least when they write fiction are creative and you would be right of course!

But the ones I chose today have a little something extra. They create brand new different worlds! They invent words! They have imaginary beasts and plants. Food you’ve never tasted. Or gods that don’t exist in our culture.

My two winners of the day are: JK Rowling and PC Cast. 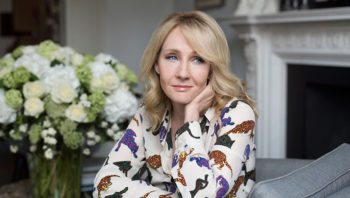 I recall when I read Harry Potter for the first time that I was blown away by JK’s imagination.

We had a new game Quidditch, new treats , new names for spells and new beasts flying or giant spiders or huge snakes or ….

Not only was the plot really well built with action, surprises and secrets but the characters were fleshed out in a way that I walked in harry’s shoes from the first sentences.

I also admire how JK made Harry grow up and how she always had the right “tone” to express either a kid either a teenager’s thoughts.

She has created a whole new universe that was so unique that it’s now been turned into movies and exhibitions! 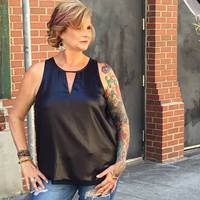 I read The House of Night by PC Cast and it was already creative but what blew me away was her “Tales of a new World” series beginning with Moon Chosen and then Sun Warrior.

I wrote in my review: “I loved so many things in this book, beginning with the whole new world PC Cast has created depicted with many details, from the plants to the beasts and of course the clans and tribes. As she took the time to set the scene and the tone, the beginning was a little slow and I was lost between who was who but once I got my bearing, I was sucked in this post-apocalyptic world all ready to follow the main characters many adventures. (…)

I bathed in the moonlight or in the sunlight, depending on the tribe to gather strength and sanity. I could see the colors, hear the screams of animals or men turned feral as they were plagued by the Night Fever, I could smell either the healing sage or the putrid odor of bodies affected by the blight.
It was vivid, it was real…

This particular world is our earth, many years after the sun destroyed all technology. Men tried to survive through clans and tribes. Each tribe had its own distinctive features. Some tribes you’ll love, others you’ll despise and be disgusted by their way to survive but you’ll always be able to see their intricacies and what made them special.”

I’m so in awe of these two women! I wish I could create brand new wolrds and words like they do!

Who are your “most creative” authors?

Thanks for reading and Happy Sunday!