What is controversial exactly?

We decided that it was an author not shying away from the hard stuff. Not necessary dark stuff but topics provoking lots of reactions. Topics that would revolt some people. Taboo topics maybe. Certainly provoking.

A good friend of mine told me that it’s not because we don’t speak about something that it does not exist and that’s so true!

I’m all for awakening people and showing that the world is not always perfect.

I love a good discussion!

You don’t share my opinion? Great! Let’s discuss and maybe I’ll learn something. 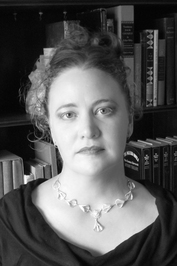 I’ve read All the Ugly and Wonderful Things more than a year ago and the least you could say is: provoking but beautiful!

It was such a controversial book that another reader attacked me for writing something positive about it.

It broaches really delicate topic like sexual relationship with a big age gap. Love with someone under age.

I will never condone rape or abuse on kids of course.

But the book was written in such a way that you did not see it like that.

Let me give you an excerpt of my review:

“This is the story of Wavy, an elf-like child whose life was far from a bed of roses. Daughter of a meth dealer and a crazy mother, she took care of her little brother early on. Going from a rundown house to her mother’s wealthiest family just to be thrown back with her unstable mom again she forged her own way in life. She knew nothing belonged to her and was used to have everything taken away.

Wavy stood out with her angel look and old soul eyes ”Velazquez’s Infanta Margarita in motorcycle boots.”. She could not bear being touched, did not speak and refused to eat. Hard to understand others did not trust her and she did not care. She was like a wild cat, living by her own rules.
Only Kellen, The Giant, understood Wavy and accepted her for who she was. Kellen was considered a nobody by many, too slow, too big, good for nothing. ”A big man in greased-stained jeans and engineer’s boots, ham-sized forearms covered in tattoos.”

But Wavy did not care how he looked or smelled. ”When she looked past me, what I wanted more than anything was for her to look at me again. Most people look at you like nothing, but the way she looked at me… it was like we were in the meadow again. Like I was important. People don’t usually look at me like that.”
He was Kellen, her protector, the one to take her to school, pay her tuition buy groceries to make sure she ate in her own peculiar way. She took care of him as much as he did her.

I don’t want to spoil your fun. Just know there are many delicate topics broached in this book. Some would normally have me screaming murder but they did not seem ugly, astonishingly they seemed rather beautiful. That’s what this story is about: the ugly and the beautiful in the ugly. “

So do you think this author is controversial?

Now who would you choose as controversial author?

Thanks for reading and happy monday!