Today’s topic is about arranged marriage.

When I read today’s choice I did not hesitate one second. I haven’t read many books with arranged marriage but this one is a fabulous book!

He falls in the category of “don’t judge a book by its cover” because frankly it’s not the best cover.

But that’s so fitting for the book as one of its main topics is about true beauty an dthe beauty that lies inside a person and not outside.

So I hope you’ll give it a chance as it’s a gorgeous story. 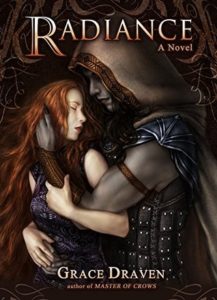 Gaur will marry Ildiko in Radiance by Grace Draven.

Here is some excerpt of my review:

“I’m really smitten with this story, with the gorgeous (I would say courteous as it has a medieval tint to it) writing, with the exceptional characters, with the topic broached, with the universe.

The topic as stated above is about true beauty. It’s also about love, not insta-love but a love built on a partnership, on mutual respect. It’s about the fear of the other, the one different in culture and coloring from your people. It’s a timeless topic treated with finesse and grace.

The intrigue takes place in a medieval/fantasy universe. Three kingdoms compete with each other, two inhabited by humans: The Kingdom of Gaur and the Kingdom of Belawat while the Kai Kingdom hosts the Kai people, some non-human creatures.

Gaur will unite with the Kai through the wedding of the youngest Kai prince, Brishen and the Gaur King’s niece Ildiko. Both characters are “spare pieces” as they’re not destined to rule their kingdom and their value resides in such arranged marriage to strengthen strategic alliances.

As different as they seem at first glance, Ildiko and Brishen are very similar in their hearts. Brishen wasn’t human but he was “congenial and gracious”. He swore to help Ildiko and teach her about the Kai and Ildiko thought some women marry men “with handsome faces but ghastly souls”. They both found themselves very fortunate.

Very soon, they formed a strong bond, a partnership built on respect and mutual admiration. They valued the other and what began as forced wedding evolved into beautiful and strong love once they saw beyond the appearances.“

“”Brishen would kill whoever had tried to hurt his wife, split his skull the way he’d done with the Beladine raider who attacked her. She was ugly; she was beautiful, and she was his.”
“

Do you see why I chose them?

And you what is your favorite arranged marriage couple? 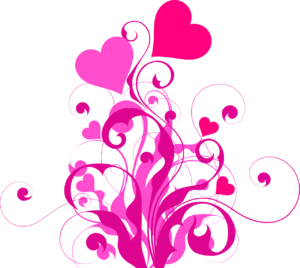