I confess that I’m fascinated with mind manipulation. Don’t call me sick yet but I find it utterly fascinating how some people can influence others in believing that something wrong is right. Falling in love with your kidnapper could be seen as adhering to his values. Well in one of these books it happened whereas in the other two the heroine remained true to herself but fell for her man all the same.

Paisly/Lacey and Six in Six by K.I. Lynn

Here is what I wrote about it with some fun mood board I did some years ago:

This book just killed me!! 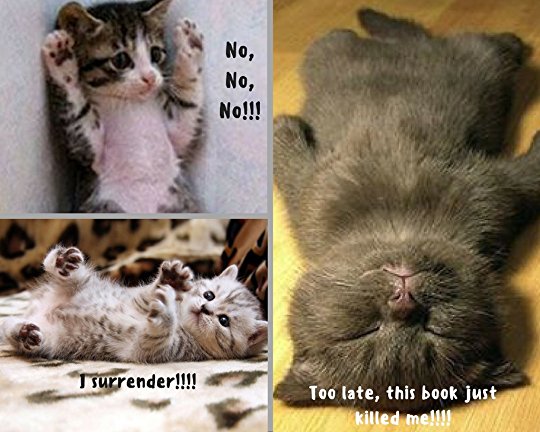 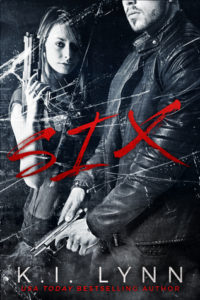 First book by this author and certainly not my last!

If you like very hot sociopath killers needing release with angry and savage sex after each kill and very possessive of their captive, go for it! It’s dark but not too dark, twisted but not disgusting (at least I’ve read worse), savage, raw, breath taking…just WOW!!!µ

“Damsels in distress were only in fairy tales and romance books. While I may have fit the bill of a damsel in distress, Six was no prince. I wasn’t in a love story I was in a death story.”

Caleb and Olivia in Captive in the Dark by C.J.Roberts 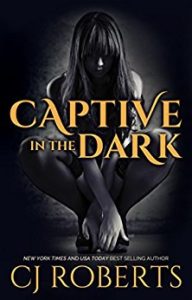 It was my first book about slave sex. My first dark and unforgettable read!

Caleb is a man with a singular interest in revenge. Kidnapped as a young boy and sold into slavery by a power-hungry mobster, he has thought of nothing but vengeance. For twelve years he has immersed himself in the world of pleasure slaves searching for the one man he holds ultimately responsible. Finally, the architect of his suffering has emerged with a new identity, but not a new nature. If Caleb is to get close enough to strike, he must become the very thing he abhors and kidnap a beautiful girl to train her to be all that he once was.

Eighteen-year-old Olivia Ruiz has just woken up in a strange place. Blindfolded and bound, there is only a calm male voice to welcome her. His name is Caleb, though he demands to be called Master. Olivia is young, beautiful, naïve and willful to a fault. She has a dark sensuality that cannot be hidden or denied, though she tries to accomplish both. Although she is frightened by the strong, sadistic, and arrogant man who holds her prisoner, what keeps Olivia awake in the dark is her unwelcome attraction to him.

“He was my tormentor and my solace; the creator of the dark and the light within.”

Nora and Julian (Haaaaa Julian!!!!) in Twist Me by Anna Zaires 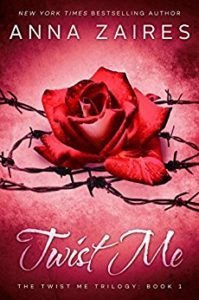 Honestly my best dark and twisted book so far. Dark but not too sick for my personal tastes.

This time here is my whole review:

“Nora is abducted by Julian and disappear for eighteen months. This is the story of her captivity. What she went through, how she changed and how she discovered some of her hidden needs.

Julian was hard to love at first. He is very dark and violent. He takes what he wants and he wants Nora. But in his own sick way he cares for her and tries to protect her, make her happy.
He is cruel, brutal but also tender. It’s very disorienting for Nora. She does not know what to expect.

From their first encounter, we can witness the submissive emerging in Nora. She feels deep in her bones the danger in Julian but she also is drawn to him and makes him one of her dark fantasy.
They play a game of cat and mouse. Julian trains her to be “his”, to enjoy pain as much as pleasure.

The book is brilliant. You know what he did is deeply wrong. You can’t take someone and make her your property. It’s obvious. And yet… early on we see their intense attraction. It’s like they complete each other and fulfill some untold, secret need they have. It does not right a wrong, does not excuse Julian’s actions but we come to see they are meant to be together. How to twist a reader’s mind!

Nora abandons the fight early on. But she is not weak. She is a survivor, lucid about her fate, conscious Julian is manipulating her. All along she knows he is twisting her. But she also is honest and recognize she has a dark need to be possessed. And so she came to crave him, the hot and cold, the pleasure and the pain.

I was truly taken by this book, so much I baught the first of the other serie. I’m know waiting impatiently for the second one. If you liked “Raw”, just buy it and enjoy!”

“It’s not the sweet, tender kind of love I always dreamed of, but it’s love. Dark, twisted, and obsessive, it’s both a compulsion and an addiction.”

And you who is your favorite Stockholm Syndrome couple?