This is nearly the last November’s post! I hope you love this teacher/student trope as much as I do!

Layken and Will in Slammed by Colleen Hoover 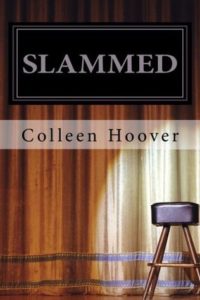 It was my first CoHo book!

Following the unexpected death of her father, 18-year-old Layken is forced to be the rock for both her mother and younger brother. Outwardly, she appears resilient and tenacious, but inwardly, she’s losing hope.

Enter Will Cooper: The attractive, 21-year-old new neighbor with an intriguing passion for slam poetry and a unique sense of humor. Within days of their introduction, Will and Layken form an intense emotional connection, leaving Layken with a renewed sense of hope.

Not long after an intense, heart-stopping first date, they are slammed to the core when a shocking revelation forces their new relationship to a sudden halt. Daily interactions become impossibly painful as they struggle to find a balance between the feelings that pull them together, and the secret that keeps them apart.

“Question everything. Your love, your religion, your passion. If you don’t have questions, you’ll never find answers.”

Wilson and Blue in A Different Blue by Amy Harmon 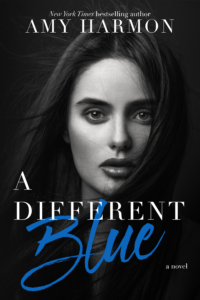 “First, this is a love story, slowly emerging between Blue outwardly the provocative “tough and bad girl” and her History teacher, the english prodigy Darcy Wilson. He is THE dream teacher: young, cute, and so interesting and passionate. Both will get to know each other slowly and Wilson’s stories and music will tame Blue’s heart.
It’s the story of motherhood and the different ways to love a child and express love, to care for.

This is also the story of healing trough art. When Wilson plays the cello, he displays his feelings while Blue finds redemption. When carving wood, Blue forgets the outside world and reveals her feelings, her emotions and dreams. It is soothing and rejuvenating. She forgets her (believed) status of “trash”, doesn’t pretend anymore and stop the “bitchy attitude”.

It also telles how appearances can be deceiving “never judges a book by the cover”. The “bad” Blue is just an act. »

Cadence and Mark in Good by S. Walden 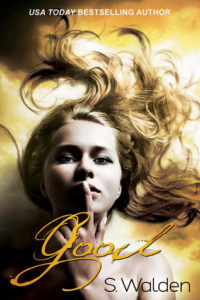 Cadence Miller is a good girl. She just happens to make one terrible mistake her junior year in high school which costs her ten months in juvenile detention. Now a senior, she’s lost everything: her best friend, the trust of her parents, driving privileges, Internet access. It’s a lonely existence.

But there is one bright spot: Mark Connelly, her very cute, very off-limits 28-year-old calculus teacher. She falls hard for him—a ridiculous schoolgirl crush headed nowhere. She can’t help it. He’s the only good thing at Crestview High. She doesn’t expect him to reciprocate her feelings. How inappropriate, right? But he does. And he shows her.

And that’s when her life goes from bad to good.

“Love comes in all kinds of packages. Some are neatly tied up, and some are messy. It doesn’t mean that the messy ones aren’t every bit as good.”

Gabriel and Julia in Ganriel’s Inferno by Sylvain Reynard 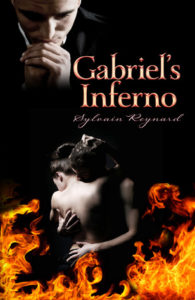 Enigmatic and sexy, Professor Gabriel Emerson is a well respected Dante specialist by day, but by night he devotes himself to an uninhibited life of pleasure. He uses his notorious good looks and sophisticated charm to gratify his every whim, but is secretly tortured by his dark past and consumed by the profound belief that he is beyond all hope of redemption.

When the sweet and innocent Julia Mitchell enrolls as his graduate student, his attraction and mysterious connection to her not only jeopardizes his career, but sends him on a journey in which his past and his present collide.

An intriguing and sinful exploration of seduction, forbidden love and redemption, “Gabriel’s Inferno” is a captivating and wildly passionate tale of one man’s escape from his own personal hell as he tries to earn the impossible…forgiveness and love.

“Look at me. Look into my eyes.” His eyes fixed on hers as they fluttered open. “I’ll give you anything. My body, my soul, Take them. Take everything.” 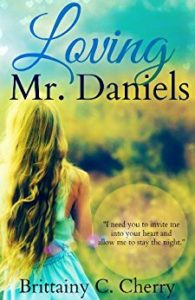 Here si what I wrote about the book:

I thaught I woul read “an other” forbidden love story teacher/student but iy was so much more.

This is about grief, about losing those you love, about finding yourself. It’s about friendshipo, about tolerance, about … well you get the gist of it.

It’s beautifully written, with wonderful characters and I cried buckets.

Each time Ashlyn read one of Gaby’s letter I felt overwhelmed by emotion. And God I hated the author for what happened to Ryan!

But she is still forgiven and I’ll keep looking for her other books. »

Sal and Kulti in Kulti by Mariana Zapata 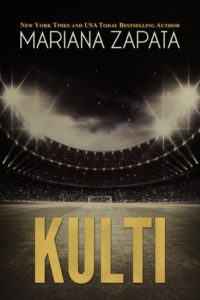 Yes I know he is a coach and I know I’ve featured this book already but hey, a coach is like a teacher right? Plus it was sooooo good 😉

“Trust me, I’ve wanted to punch you in the face a time or five.”

When the man you worshipped as a kid becomes your coach, it’s supposed to be the greatest thing in the world. Keywords: supposed to.

It didn’t take a week for twenty-seven-year-old Sal Casillas to wonder what she’d seen in the international soccer icon—why she’d ever had his posters on her wall, or ever envisioned marrying him and having super-playing soccer babies.

Sal had long ago gotten over the worst non-break-up in the history of imaginary relationships with a man that hadn’t known she’d existed. So she isn’t prepared for this version of Reiner Kulti who shows up to her team’s season: a quiet, reclusive, shadow of the explosive, passionate man he’d once been.

Nothing could have prepared her for the man she got to know.

Or the murderous urges he brought out in her.

“Sal, please don’t make me visit you in jail. Orange isn’t your color.”

This was going to be the longest season of her life.

“You know your reputation is just what everyone else thinks of you, your character is what you really are.”

Rebel and Cruz in Rebel by Rebecca Yarros 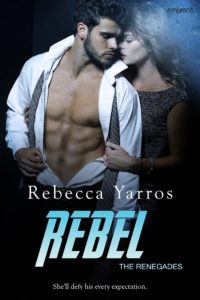 “First of all: I love Rebel!
I’m a reformed tomboy. You know the kind to climb trees, make stunts with the boys on her skateboard. The only girl allowed at playing football (pardon, soccer) with the boys at school. The one who never backed away from a challenge and knew how to use her fists against boys if need arose.
So Rebel being the only girl in a bunch of daredevils touring the world to make crazy stunts more dangerous than the former ones was my kind of girl! Did I dig that chick!

Second: Cruz is the perfect boyfriend.
Seriously he is not only drool worthy all lickable abs, happy trail, dark hair and something eye but he is incredibly supportive. He fell for Penelope/Rebel and her crazy job but will never try to cage her or put any blackmail hoping to have her stop her dangerous activity. He will band her injuries, demand to study the projected stunt to better advise the technicalities and security measures…and worry till it’s done but never stopping her. He knew the stunts were part of her personality. Rebel is who Penelope is. »

“That’s why you have me—to show you the parts of yourself that you can no longer see.”

And you who are your favorite student/teacher couples?