In today’s Top 5 Tuesday Shanah @bionicbookworm made me sweat! She wants our top 5 books we’d rewrite but without spoilers! As I am very very bad at recalling specifics about books that I have read beyond the obvious, I had to dig deep and go back to mt Goodreads shelves.

To my utter astonishment, I found more than 5 books that I’d rewrite, if not totally at least partly.

More astonishing: I rated some quite high but there was still something nagging at me that I would have loved written in a different way.

Some others I fumed because of the ending and as they are really well known I feel secure mentioning something here without being too spoilerish.

And two of my list had me appalled at the way the author chose to write the ending of a series, making a mockery of her other books!

1) Becoming His Monster by Amelia Hutchins. 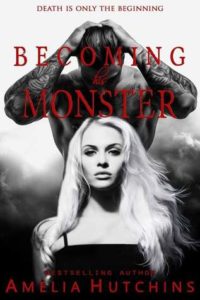 This is the third book in her Monsters series and is one of the two books that had me outraged! What infuriated me?

1)The sudden mish-mash of mythology/fae/demons or something else. I was really lost as in: who puts monsters and beasts of Greek mythology with Christian evil, archangels etc? => rewrite advice: keep it simple!

2) I did not like the overabundance of gore. At all. Some I can read about but here it was a permanent explosion of blodd, brains leaking out of skulls, guts displayed etc etc. => advice: less is more.

3) I did not like how Lena evolved. She was between “I don’t care I am a badass b@tch then like a dog in heat (sorry but overdoing the “he is so hot I am all wet and I want to impale myself on ….” is just a deterrent for me) then all crying and hot mess => advice: tone down on the hormones tempest.

4) Either I am dumb either the plot and twists did not make any sense! Unbelievable explanations as to why she was what she was, why “he” was killed, how she was created were just confusing a a hot mess. Honestly it was like reading a foreign language. I had to reread some passages yet did not grasp it at all =>rewrite advice: make sense! Don’t go for far fetched. 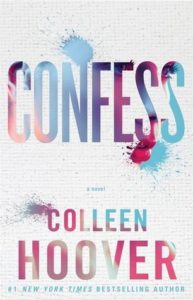 That’s where I hope I won’t be lynched by CoHo’s fans ..

To prevent this I’d like to say that I loved many of CoHo’s books but this one was …not for me.

1) Owen’s total lack of care and esteem for the feminine gender for a big part of the book. Owen’s last girlfriend left him but it does not seem to move him, just annoy Owen as she had to help with his work. I did not like him at first, at all. How could you like a guy who’s thinking: “It was when I first began seeing Palindrome Hannah, and most of my time was spent inside of her that month, attempting to focus on her body and ignore the fact that I didn’t connect as much with her min.”? And even more when he stood Auburn up and did not have the courage to come explain his reasons. Really, he seemed shallow to me. => rewriting advice: don’t make a total jerk of your hero for the biggest part of the story. You risk many DNF.

2) Auburn’s doormat attitude with Owen. That’s one of my pet peeves in heroines!
I wanted to slap Auburn several times and thought she was so naïve to try something with someone she did not feel attracted to, even for a valid reason. And when said person treated her so bad but she still thought it would be best to go back to him, always for that same reason, I really, really, really thought she was not naïve but stupid! When a man thinks he can manhandle, manipulate and blackmail you, he’ll never change and you’d better run the other way! => rewriting advice: no mistreating a woman for your hero! 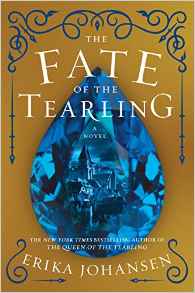 This was the last of the Queen of the Tearlings trilogy and if I loved the first two books this one made me MAD!

Rewrite advices (I have quite a few prepare for a rant!):

–don’t make your story so convoluted it becomes unbelievable. The “genre” was so far from the first two books some passages in the last 30% were worthy of a horror book. And I don’t like horror stories.

–don’t write scenes staging your characters behaving erratically, so far from who they are that your reader does not recognize them. Stay true to them especially if it does not serve any purpose in the story. The scene between Katie and Finn in the woods at the Autumn festival was just poorly executed. It just came so “out of the blue” and was not Katie at all. The same can be said for other scenes.

-don’t make some characters we came to love either die if it’s not absolutely essential or let them achieve their whole purpose and destiny.

–don’t bash your characters or paint them in grey light gratuitously just to disappoint us. I know people come in shades of grey. I usually do prefer nuances in my characters but…Learning about The Mace’s past, how he behaved under Kelsea’s mother reign greatly disappointed me and did not add anything to the plot. The same could be said of Pen. Sorry but you can’t just turn a switch and stop your feelings. I don’t buy it.

–if you write in crescendo with a real appalling gory frenzy by the end don’t stop with something so anticlimactic. It just feels like “much ado about nothing” and I just want more. 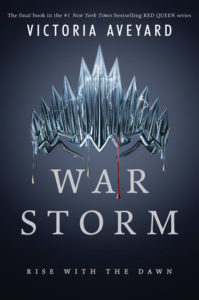 This series has the best and the worst for me. And the last book left me so disappointed because:

1) Cal. Sorry but he was just a coward. Yes he fought battles alongside his soldiers. Yes he wanted to make daddy proud too. Yes he would have made a better king for the red bloods than another BUT he PROMISED Mare! And he turned her down. He did not dare going on another path less conventional. I am a big romantic and I WANTED Cal to choose Mare! Not ask her to be his piece on the side! =>rewrite advice : give some balls to the main love interest.


2) Maven. In a maybe sick way I got to love Maven in the other books. He was twisted but as a product of a mad queen. He had an intensity. He was obssessive. He was scheming and winning. He had a presence. He had charisma.

In Warstorm it’s like the flame is extinguished. He was a pale copy of his former self. A mockery. => rewrite advice: don’t turn your villain into a caricature of himself.


3) Iris. For as much as she is a main protagonist of this story her chapters felt like fillers. Yet they are justified in the plot but I did not care for her POV. I just wanted to skim them just to go to the end and know what would happen. => rewrite advice: if you are intent on adding a new character, make it big!

4) Many battles and yet I did not feel invested .The “best” battle scene, the one that caught my whole attention happened in Montfort in the beginning of the story. After this long scene the others did not truly interest me.=> rewrite advice: don’t make your story into a detailed military strategy except if it’s the purpose of the book right from the beginning (but then you’ll have another audience).

5) The ending. I won’t give you any spoiler here just know that I was “All ado about nothing”! Please Mrs Aveyard tell me you made a mistake? => rewrite advice: make it worth it! 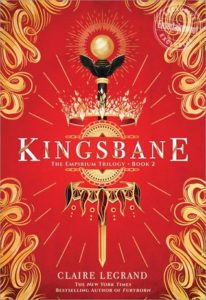 I would like to mention beforehand that I absolutely adored Furyborn! But ….

What bothered me deeply too were the numerous sex scenes. I am a romance reader so I am used to hot scenes but not in YA books. This CAN’T qualify as a YA!  The way these scenes happened and how Rielle wanted it made me feel uneasy. I did not like how she seemed to use Audric and … well you got it for as much as I loved her before I disliked her here.

I like my relationships to be focused and exclusive but that was not the case. I loved Audric and each time Corien happened felt like a deep betrayal. The relationship between Ludvine, Rielle and Audric was also …peculiar and probably not fitting for a YA story again.=> rewrite advice: yes YA books can have some sex scenes (I know this is controversial but I think our teenagers don’t like in a fairytale world and see much more on the web) BUT don’t make it extremely graphic and pornographic.

These are my biggest complaints but there are other books that I would rewrite some parts like:

The ending in  The Last Star by Rick Yancey (gratuitous and heartbreaking); 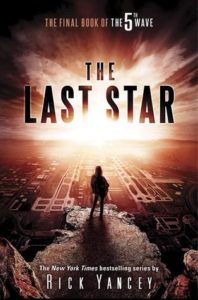 Tamlin’s character in A Court of Wings and Ruins by Sarah J Maas . 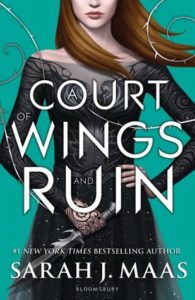 And let’s add Feyre’s character’s evolution! Feyre was really manipulative. She was plotting all the time and making everyone around her dance to her tune. She acted in the shadows and orchestrated her enemies downfall. She was like Aelin in The Queen of the Shadows. What I expected from Aelin and cheered for felt wrong with Feyre.

What are the books that you’d like to rewrite and why?