6 stars for this stunning and eventful conclusion!!!! 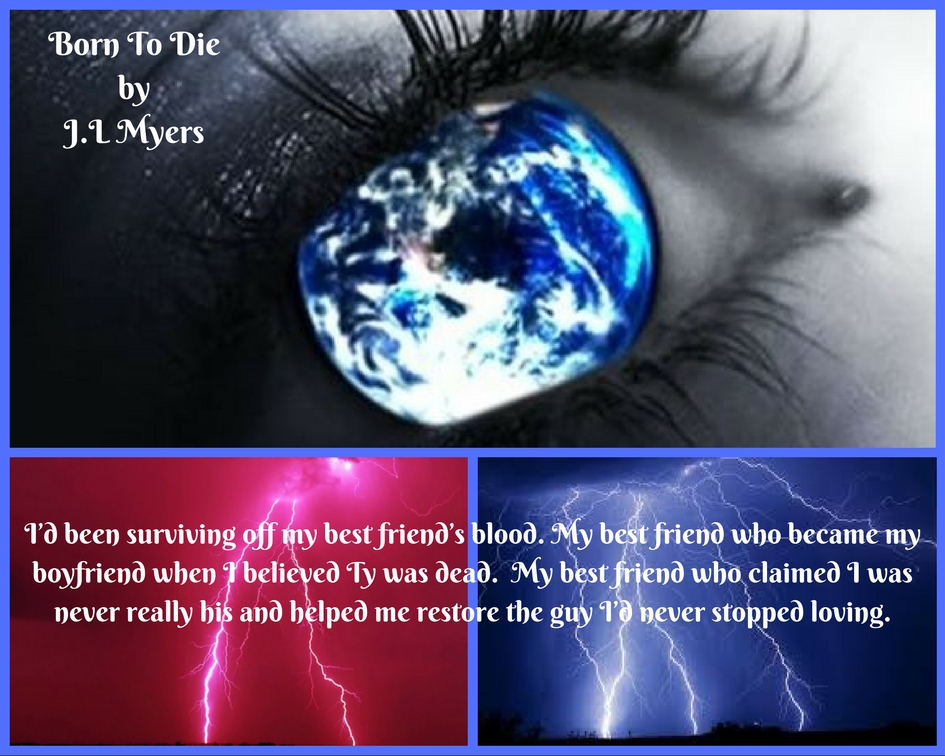 Do you ever find an author you wished would be better known? A story or series you enjoy so much you become borderline obnoxious trying to convince your friends and other readers they just HAVE to give this story a chance? Yes? Because that’s me right now.

From the very first sentences of Blood Bound’s first book I’ve been hooked. Maybe it’s me, maybe I’m the odd one but Amelia and Ty’s story just did it for me.

JL Myers has weaved a vivid and imaginative story, filled with vampires, damned, werewolves, alchemists, hybrids… There never was a dull moment in any of her four books. It’s fast paced and really, really well thought.

JL Myers is a highly conniving author, a mastermind. I was amazed when I discovered some seemingly random act in a previous book was in fact part of an intricate plot. I even asked her “Did you already know this would turn like this or that?” and of course she told me she had everything designed from the first moment on. I was speechless. How her brain is not fried by now is a mystery!!!

For those who followed Amelia, Ty, Kendrick and Dorian’s story from the start, Born To Die begins with Marcus hiding. Kendrick is dead whereas Ty is restored but we’ll have a surprise with Dorian.

Amelia’s plan is to resurrect Kendrick as Marcus told her it was possible. To be able to track Marcus and “feel” the damned, she is not curing herself. Why does she need curing? Well there’s this slight problem of her being in transition, nearly a damned but not yet.

This transitioning state is really a plague as Amelia hides her condition to the RVC but is overcome with hunger so many times. She turns into a real feral beast for a few moments and it’s only thanks to Ty’s blood that a slaughter is averted more than once.

I did not recognize the selfless Amelia in the first 20% of this book as she’s portrayed as a real monster when overcome with her hunger. It will get way better thanks to Ty. Pfew!

Ty may be restored but Amelia and Ty’s relationship has taken a huge shift. Amelia thinks he is helping her out of duty, linked in their common goal to cure the damned and destroy Marcus. Ty does not feel he could begin anything with her again as she is obssessed  with Kendrick’s resurrection. It was really, really frustrating! Amelia is riddled with guilt each time her body reacts to Ty’s closeness as she thinks about Kendrick. I thought we were finished with the love triangle!!! I’m team Ty though and through. Just saying…

This sequel is fast paced, filled with betrayals, unexpected twists and turns. How many times did I think Amelia would succeed just to see Marcus thinking ahead and evading them. I swear he sees and hears everything! I also had to hold my breath as I thought everything was lost just to see something unexpected and sudden restart everything. On we go, once again!

Astonishingly, I felt bad for Marcus. Yes he is evil and a true villain but a sneak peek in his past made me realize he never chose to be like that it has been forced on him by Caius. It was so unfair! He never fit in, he never was loved, he never…and I shed a lone tear for the poor sacrificed boy.

I experienced deep frustration with the complicated love relationships and my heart was fluttering with all the action “I catch you not and here we go again”. I even felt pity for Marcus’s unfair fate and I cried because everyone will not make it. Once the book ended I was an emotional wreck.

I began this journey three years ago with “What Lies Inside” and after four books it’s been a Hell of a ride. JL Myers is a fantastic author, one I would recommend for fans of Vampire Academy by Richelle Mead.

Thank you Mrs Myers for writing such a gripping story. I’m in awe and enamored with your ingenious writing.

Already know this is a fourth books series with the whole series published now! This is one of My Little Gems or series/authors I wish would be better known. 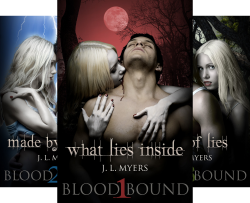 You can buy the whole series on:  Blood Bound Series (4 books)