Some weeks ago I launched “Mini Me Pick” blog posts.

They are all about my daughter Julie’s books of choice. I was inspired by Wendy at Birdie Bookworm with her Baby Chick’s Pick.

Alex is Wendy’s daughter. She has worked with Julie to come up with their favorite reads. They are continents apart, they don’t know each other (yet) but share the same love for books and want to talk about them.

Let me introduce Alex first as you met Julie some weeks ago.

Alex is 13 years old, and currently obsessed with YouTube and anything that has to do with Supernatural the television show.  Castiel is her favorite character, and she’s a very vocal shipper for Destiel – Dean and Castiel.  She loves dark, fashionably ripped, clothing, but her favorite accessory would be a nice pair of combat boots.  She collects them in different colors the way other girls collect high heels.  Her main hobby would be creating art.  She loves to paint and sketch, and spends a lot of time in front of an easel.  Currently she’s working on a series called ‘Twisted’, where she draws everyday items and turns them into monsters.  She’s a character 😉 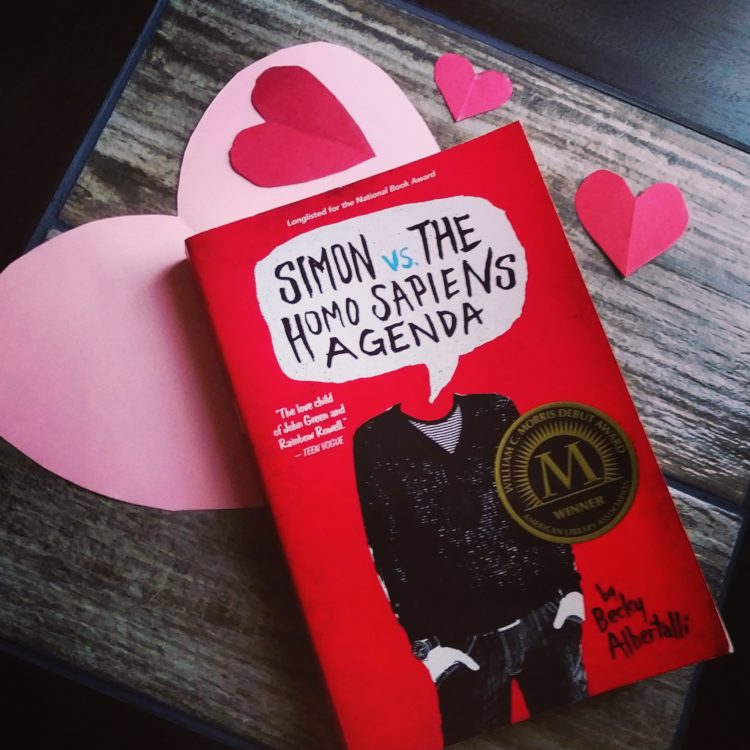 This book was amazing.  I really loved the believeablity in the story.  (Is that even a word?  It is now, I guess.)    The relationships and friendships in Simon seemed like they were taken from real life.  The bonds in other books I’ve read seemed more made up and less realistic.  In addition to that, I thought the character’s personalities were very unique.  I liked how Becky Albertalli didn’t make her characters perfect.  Simon was almost socially awkward and Leah had a low self esteem, which feels a lot like real people.

This book made me squeal like Wilbur from Charlotte’s Web… like a pig.  (It might have been embarrassing if someone had been around.)  I don’t normally read romance novels, so because I can go on and on praising this book really says a lot.  After I finished this one, I tried another romance thinking my tastes had changed.  I was wrong.  I didn’t even make it halfway.  Simon vs The Homo Sapiens Agenda was special.  So special I read the whole thing in one day.  I hadn’t done that before, and I haven’t done it since.

They’re making a movie for this book, and I’m super excited for it.  I’m sure it’ll be good, I have my fingers crossed, but either way I’m glad I read it first.  You should read it first too.  (This whole book/movie thing with Simon reminds me of a Taylor Swift song: Blank Space – “So it’s gonna be foreva, or it’s gonna go down in flames…)

First of all: the covers are all gorgeous. Girly and fit the princess theme. They look really pretty on my shelves. 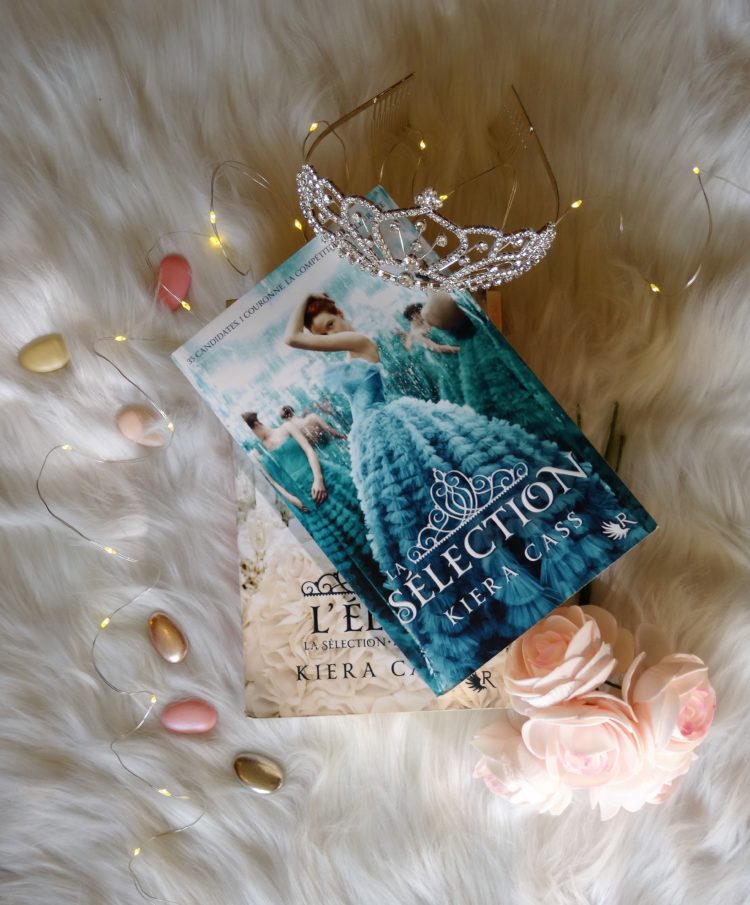 I loved the first three books with America as main character.

America lands in a totally different environment as her parents are artists so rather low in society. She could have done everything possible to seduce the prince and the possibility was real that she would turn into a snotty girl but nothing like that happened. She stayed true to herself, spoke her mind, did not play games or try to undermine the other girls. Her reactions spoke volume about her personality.

She is a strong girl and in spite of the cameras she remained spontaneous, real and I loved it!

Of course as every girl I loved the concept. Competing to become a princess, wearing jewelry, beautiful gowns. Which girl would not like it right? Beauty contest for princesses 😉


I also liked how Kiera Cass added layers to the story and did not only write about the contest but also broached heavier topics like rebellion, social classes, etc.

It was also really easy to read as I read each book in one day. What kept me glued to the pages was the uncertainty be it in who would win the contest or the love triangle.

The contest had no “sure bet” from the beginning. It shifted constantly between different girls as each had her own talents. I was not certain America would win.

The same can be said about the love story. Will America end with Maxon or not? It was moving constantly.

Added bonus: the main and side characters were all interesting and clearly defined. That’s not an easy task with so many characters (maids, guards, contestants, royal family) to give each one his/her own distinctive personality and avoid that they all look somehow more or less the same. 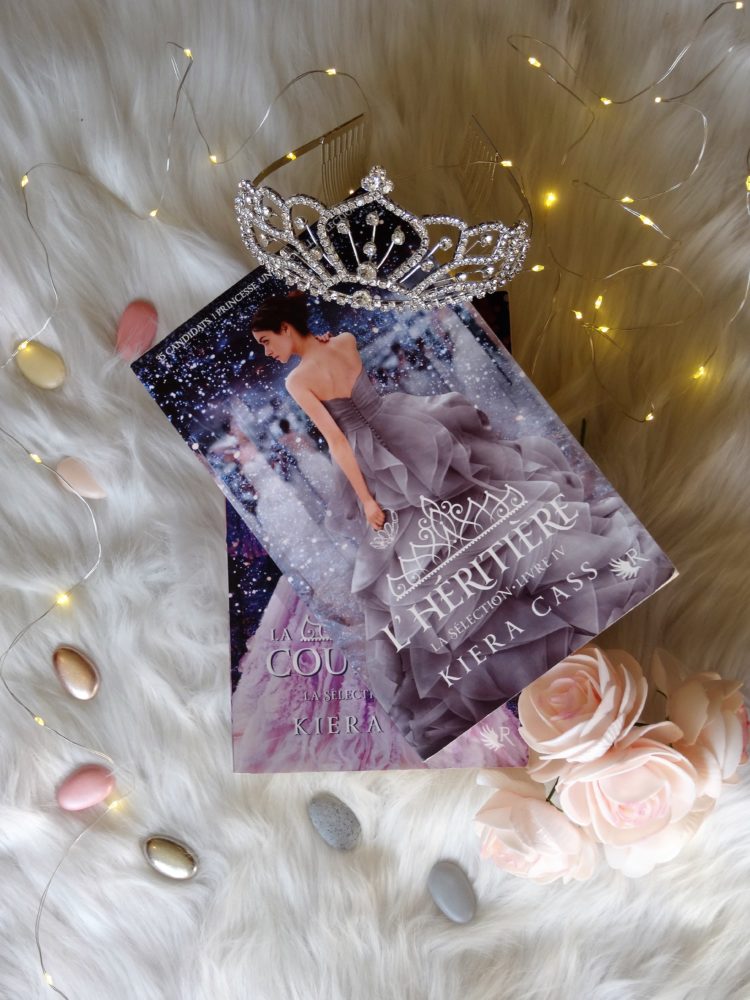 Now the last two books “The Heir” and “The Crown” were a deception. I did not like Eadlyn in the first book at all. She was selfish. I did love getting to know the different contestants and their own background stories.

The last book showed a more mature Eadlyn, one that I liked better but it felt rushed as we read nearly nothing about the boys. I still don’t know why she made that choice (no spoiler) as it was not so clear cut that she had an interest in this boy. 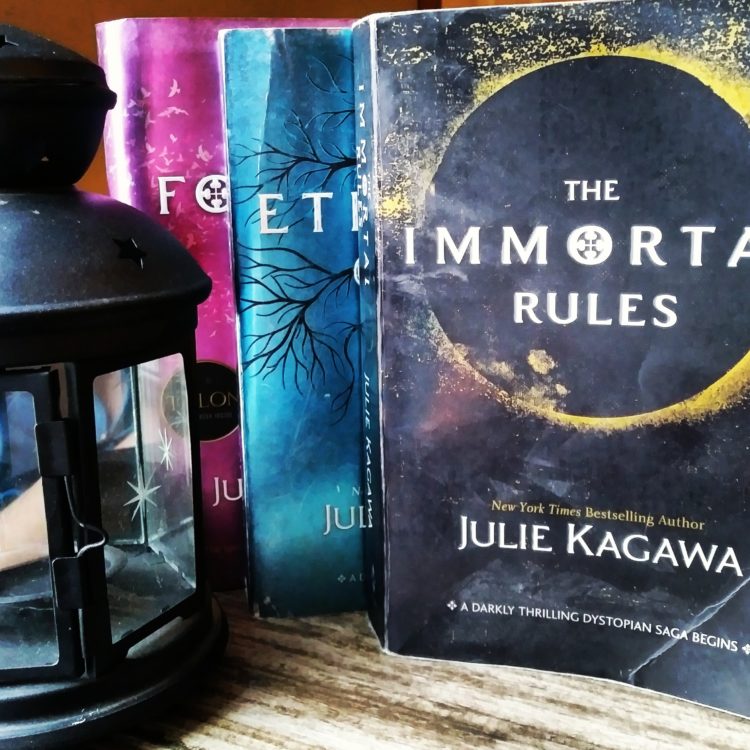 Immortal Rules is the genre of book that I usually like to read.  Give me paranormal creatures and a good romance and you’ve got me interested.

This book has a strong female character, one who carries a sword and hunts vampires although she happens to be one herself.  (I almost didn’t include that, but then I remembered it’s in the synopsis!)  I love any book with a strong female lead, because there is a lot of entertainment out there that portrays women/girls as weak.

The surprising thing about Immortal Rules is while I was reading it I felt like it was overshadowed by the two other series I was reading at the time, Tiger’s Curse and Angelfall.  I didn’t realize how much I liked Immortal Rules until I finished it.  As time has passed I think about it more frequently than I thought I would.  Which just shows how much I liked it, and why I’m currently rereading it now!

I, like other readers, always feel an emptiness when I finish a series because I’ve grown attached to the characters.  That was how I felt when I was reading Immortal Rules.  Before I started rereading this book I thought a lot about specific scenes in the book, which is another reason I’m rereading it.  It’s actually the first time I’ve ever reread anything.  That’s a big deal, I think.

Do you have kids reading books? What are their favorite books?

We hope you enjoyed this collaborative post and thank you for reading!