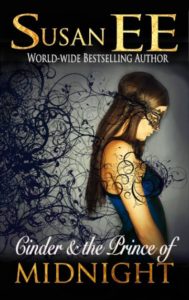 An orphan girl. A dark and twisted kingdom. An ongoing shadow war resulting in enslaved fairies.This is the world of Cinder. A world where a girl like her can be sold to be human prey for a ritualistic hunt.

“But things had changed. The forest was now a terrifying place full of nightmares and monsters. The home she had dearly loved was dominated by a woman who sold her to the hunt for shopping money.”

Cinder and the Midnight Prince is completely different from Angelfall and was a real pleasure to read!

It’s a tale in the tradition of the Grimm brothers, like a tale is meant to be: gritty and frightening.

Cinder and the Midnight Prince is a retelling of Cinder with lots of brutality and a cunning heroine, far from the rosy picture we often have nowadays from “fairy tales”.

There are fairies yes but they are brutal.

The Midnight King is a tyrant who loves making other suffer. He will spare no effort to frighten his subjects. Even his sons are toys to be played with and mercilessly tormented.

Cinder is living with her mother in law and as expected, does all the chores for her step mother and sisters.

At the beginning of the story, Cinder has been sold by her step mother to enter The Hunt, a brutal event happening at midnight on full moon nights. In the dark forest girls are the preys and the noble men the hunters. There is no rules and girls are raped, tortured and sometimes murdered.

“The ladies of the dark kingdom knew instinctively how to behave like prey, and they stayed quiet.”

Cinder will escape unscathed but she will pay a high price that night, killing a hunter bare handed.

She thinks the worse is over but no, her step mother has found a new source of income and will sell Cinder every full moon, again and again.

“As the moon grew fat, Cinder’s fear grew with it.”

Luckily, Cinder will find an unexpected ally who will train her in fighting techniques. 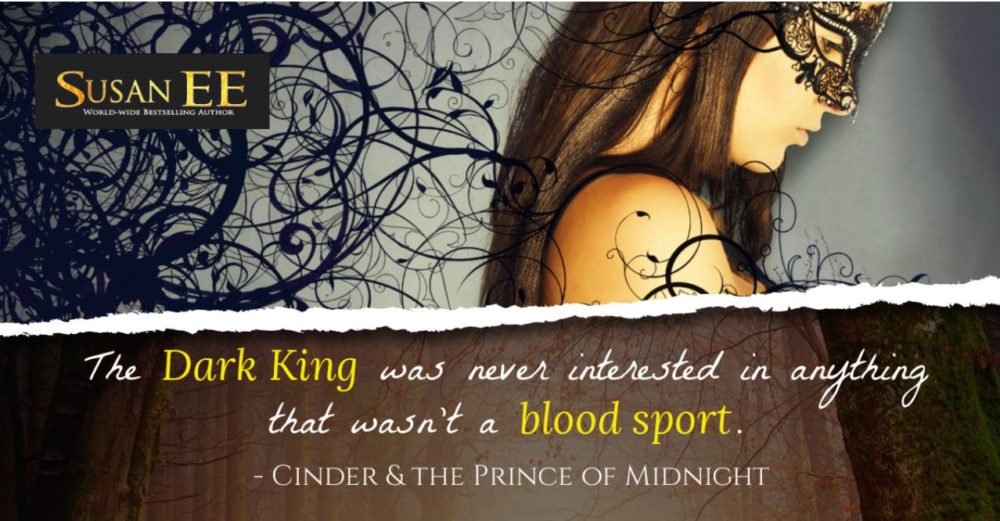 When going back from her training one night, Cinder will meet three boys and one of them will race with her to her neighborhood. They will enjoy one rare moment of happiness in this kingdom where night is taking over day since the Midnight King defeated the Fairy Queen. Happiness is disappearing fast as the ruler is so cruel and every noble want to emulate the brutal acts of the king.

I won’t explain the plot further for fear of spoiling your fun.

What you should know about that read is that you have all the ingredients of a twisted tale:

-deadly hunt where men’s darkest instincts are set lose on girls and women. They are prey;

-a frightened, ordinary heroine who will be forced to change into a fighter, day after day honing her craft thanks to her mentor;

-princes paws of their father’s sick games but secretly dreaming of changing things;

-an evil step family ready to sacrifice Cinder to earn more money to spend on bauble and jewels;

-a bloodlust going crescendo as darkness and madness is spreading further among the kingdom’s people every day;

-a morale to the story.

I liked Cinder as she had nothing to distinguish her from other girls, no special power or anything noticeable but she took her destiny in her own hands and when time came, morphed into a fighter.

Because as much as I liked Cinder I would have loved to dig deeper into her psyche, seen layers added to her personality. There was enough for me to like her but not enough to deeply love her and really be immersed in her life.

As I am a romantic, I would also have loved more development around the relationship/love story. It has been barely hinted at. But this is a short story which imitates the tales of old, not places to elaborate on relationships.

Yes as I read it in one sitting!

Have you read Angelfall? Do you like dark tales and retellings?