Did I outgrew the series? 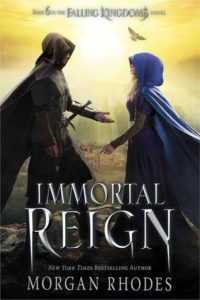 As two lethal elemental gods set out to destroy Mytica, sworn enemies must become allies in the final fight to save the kingdoms.Jonas continues to willfully defy his destiny, but the consequences of plotting his own course are drastic. As the fight for Mytica rages on, he must decide just how much more he’s willing to sacrifice.

Lucia knows there’s something special about her daughter and she’ll do anything to protect her, even if that means facing Kyan alone.

Amara is called back home to Kraeshia. Grandma Cortas has her own plans for Mytica’s future. She promises Amara power, revenge, and dominance if she agrees to be part of her scheme.

Magnus and Cleo‘s love will be put to the ultimate test. Dark magic is causing widespread destruction throughout the kingdom. Enemies across the sea are advancing. And unrest is stirring throughout the land. Is their love strong enough to withstand the outside forces tearing them apart?

Did I outgrew the series?

I awaited the last book in the series so much and now it seems like all characters were like caricature of themselves.
Chleo was beautiful and brave and patient and …too perfect.

Magnus was rash, enamored with Chleo, determined to save her at all costs. What should have been endeering felt like just one single minded focus leading him to make unwise decisions.

Jonas was brave, loyal, dedicated and for once the one with his head on his shoulders! Gone the rebel making foolish decisions. He is still saving everyone but without killing others in the process. This was a nice change but so un-Jonas.

Lucia was… ambivalent. I did not know if I could trust her or not. She made the right decision “under duress” or so I perceived it. Would she have been free of Jonas influence, of Chleo’s example what would have Lucia done?

Amara got what she deserved and yet… not totally. I know redemption is praised but she did so many unforgivable things that I can’t say that I’m pleased with it.

The ending….will satisfy all the fans.

Honestly you will probably love it but to me it seemed “flat” and too “white or dark”. No nuances, no real conflicts in characters except maybe in Amara. I love my books with many colors of grey.

If you are a fan of the series like I am read it and I hope it was just a weird mood I must have been in that prevented me to love this one as much as I did the others.

Now dear friends a very important question: do you have series you wish ended ontherwise? Which ones? 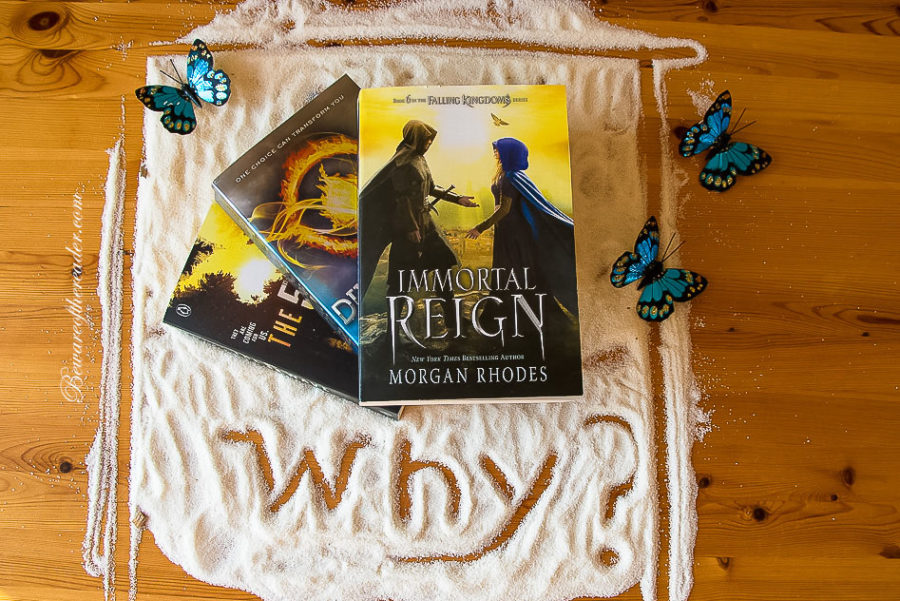 I’m sill not recovered from Divergent and The Fifth Wave. …

Thanks for reading, always.