Is it already February 28th? I NEED the second book right now! That’s NO WAY to leave us hanging like that!!! What will happen to her? Will she be hurt? Will she be saved? Who will save her? I’m dying here…

THREE YEARS
Since I ran away for the night, danced in New York streets, and almost got killed in an alley by two thieves. Until he showed up and saved me.

THREE DAYS
Since I threw a drink at the man my father expected me to marry, then found myself slammed against a wall with Penn Everett’s seductive voice whispering a proposal I couldn’t refuse.

THREE HOURS
To fall into hate with the man who reminded me of so many things and hid so much behind his lies. He couldn’t be the man who saved me three years ago…but there’s something so familiar…

THREE MINUTES
For our relationship to switch from no-strings to marriage. He announced it to my father—he’s ecstatic. He told my friends—they’re shocked. But he didn’t ask me, he commanded me—and I’m livid.

THREE SECONDS
For his lies to slowly steal my heart and make me believe, hope…trust.

THREE BREATHS
For his truth to destroy me.

It all began like a modern tale of Rapunzel if Rapunzel threw whiskey instead of a frying pan. Soon enough it evolved into FSOG territory (Fifty Shades Of Grey for those who’ve lived under a rock for the past five years). Hot and commanding mysterious male!!!! 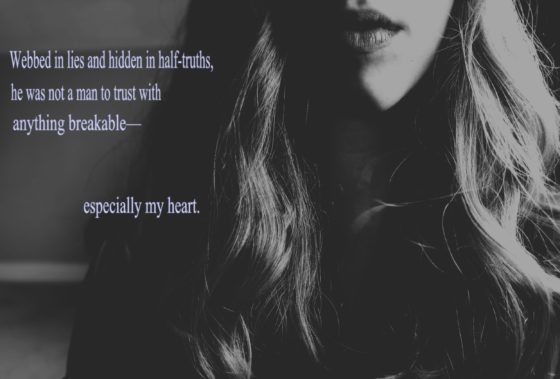 Elle has been groomed to become CEO of her family empire from a tender age. No slumber party after school for the little girl but rather a stroll in the limousine to the skyscraper where her family store has taken residence. Excel sheets and inventories were her only friends alongside Sage, her cat.

Sheltered life, alone, in a tower AND long blond locks…does it ring a bell? Of course I saw Rapunzel (she’s my favorite Disney Princess as she handle the frying pan with utter dexterity).

But on her 19th birthday the heiress rebels. She’s always been the good girl, never dressed in jeans and sneakers, never walked alone in New York. Today is the day she’ll taste freedom and sneak out. Go girl, embrace the wild life!

Only…it did not turn out as peaceful as she wished for. Barely escaping a very traumatic ordeal she’ll be changed forever. She’s been saved by Nameless and fell for him…hard. Three years later and not a trace of her savior.  She’s buried her dreams of finding him…officially. But in the deep recess of her heart she can’t help thinking about him.

Now she is twenty two and her dad is determined to marry her.  Elle does not believe in love. She believes in numbers and partnership until she meets a mysterious handsome stranger Penn Everett.

The CEO always in control is soon forgotten under his scorching gaze. He wants her to be his, completely and won’t hesitate to hunt her down. Forgotten Rapunzel, welcome FSOG as it was HAWT! Penn is commanding and Elle wants to obey even if it goes against every rules she’s ever had.

“I couldn’t. I just couldn’t deal with this insanity. “We should find out what nature intends, huh?” I reached forward and plucked his still-filled glass from his stupidly perfect fingers. “This is what nature intends.” I dumped the contents onto his ridiculously sexy swept back hair then leaned in until our noses brushed. “Come near me again, and I’ll strike a match to see how well liquor and fire like each other.”

This was one of my favorite moments of the book. I love when chicks can hold their ground and make powerful male grove. Girl power? Oh yes!

A game of cat and mouse begins with steamy encounter as well as sarcastic remarks from Elle as the lady has spunk and I loved it! He makes her blood boil but he also is frightening in his demands. Chemistry ran sky high and I could sniff the pheromones coming from my Kindle!

“I want to take you, own you, control you.” “But I can promise you if you say yes, fuck I’ll make you feel good. I’ll give you what you’ve been looking for. I’ll make you free.”

He asks her to trust him and yet he has walls all around him. Would you trust Penn? I wouldn’t. I would not know if he was friend or foe and neither did Elle. 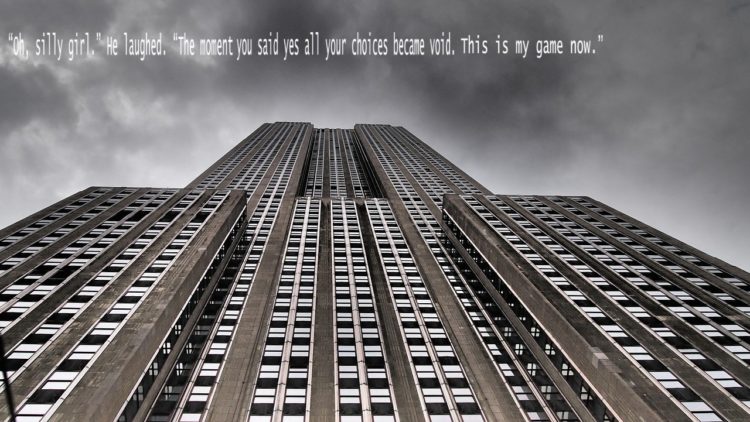 I needed three things while reading this story:

Why painkillers? Because my head hurt thinking about all the possibilities. Who is Penn really? Could he be trusted? Is he a knight or a miscreant? What does he want from Ell exactly? Why was he giving all these lies? Is he after her money? Is it a revenge story?

And do you know what’s worse?

So would I recommend the book? Of course if you do love romance with mystery and compelling main characters. Just have some comfort food at the ready because you’ll need it by the end of the book.