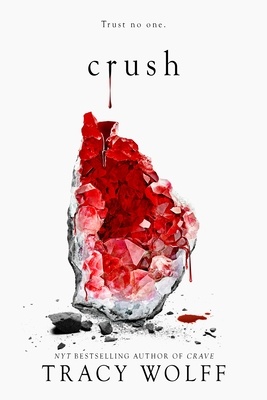 Everything feels off—especially me. I’ve returned to Katmere Academy, but I’m haunted by fragments of days I have no recollection of living and struggling to understand who, or what, I really am.Just when I start to feel safe again, Hudson is back with a vengeance. He insists there are secrets I don’t know about, threatening to drive a wedge between Jaxon and me forever. But far worse enemies are at our doorstep.

The Circle is caught in a power play and the Vampire Court is trying to drag me out of my world and into theirs. The only thing Hudson and Jaxon agree on is that leaving Katmere would mean my certain death.

And not only am I fighting for my life, but now everyone else’s is at stake—unless we can defeat an unspeakable evil. All I know is that saving the people I love is going to require sacrifice.

Maybe more than I’m able to give.

Tracy Wolff did a Sarah J Maas or a Tahereh Mafi on us!!!!!

First of all, I have read some reviews complaining about the constant drama but honestly I craved it! Not as in angsty drama but more like constant action drama!

There is never a dull moment!

Second: one thing that I really adore in this series is the humor!

Not only in the banter and Grace’s comebacks but also the header for chapters has me cracking up all the time!

Here are just a few examples:

“Gargoyles are the new black”

“Saturday morning cartoons never prepared me for this” (talking about being a gargoyle in a paranormal academy).

On and on it goes!

The chapters are very short, which I love as the action bounces all the time.

And to show the humor of Grace, here is one of her famous quips: “I am sorry, but our tree of trust is still just a twig.”

Third: I adore all the twists and turns.

Some don’t like that Tracy packed a lot of things here but I love it!

You will have a tournament at a school filled with paranormal creatures: vampires, dragons, werewolves and witches. And I adore these magical competitions!

You also have a dangerous quest to find several magical objects with (near) deaths.

And again a trial where Grace has to prove herself when the odds look so damn bad!!

It’s like watching gladiators fight in an arena, allying with others sometimes or being sucker punched alone other times but with magical being!

Panem et circenses  (bread and circus games), the Roman knew it already, it was all that was needed to entertain people and keep them quiet.

Fourth: you will have another Vega brother, also very hot, also very powerful and infuriating!

Hudson is back, in a way, and ….maybe everything was not as it seemed!

I don’t know what to expect or wish for honestly.

And let’s not forget that all along, Grace will have to discover what being a Gargoyle means and what powers she holds!

I wanted to order Covet already but…It’s’ not released yet!

Thank you for reading