Ladies and gents today I am over the moon!!!!! 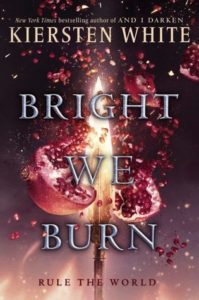 I got an ARC of my most awaited reads of  2018 with Shatter Me by Tahere Mafi and Queen of Air and Darkness by Cassandra Clare. Today I began “Bright We Burn” by Kiersten White, third book in The Conquerors Saga!

I began the book today and did not read much as I had to:

-run to enroll my son in his future school after high school (he still have to succeed in some exams but it’s a move in the right direction);

-rush to the phone operator shop to solve my son’s problem (he could not phone nor get calls since one month);

What I’ve read so far has me delighted!

I am back in Wallachia with Lada! She is the Prince and has all the boyars killed as they’ve been complacent in the past. She is less like a dracula and more like a Robin Hood (only…more savage and extreme).

Radu is rushing back to Constantinople at Mehmed’s command (I wish he would let Mehmed’s down but only time will tell).

Haunted by the sacrifices he made in Constantinople, Radu is called back to the new capital. Mehmed is building an empire, becoming the sultan his people need. But Mehmed has a secret: as emperor, he is more powerful than ever . . . and desperately lonely. Does this mean Radu can finally have more with Mehmed . . . and would he even want it?

Lada’s rule of absolute justice has created a Wallachia free of crime. But Lada won’t rest until everyone knows that her country’s borders are inviolable. Determined to send a message of defiance, she has the bodies of Mehmed’s peace envoy delivered to him, leaving Radu and Mehmed with no choice. If Lada is allowed to continue, only death will prosper. They must go to war against the girl prince.

I predict a 5 stars! Let’s meet in one week shall we?

Last week’s First Impression was about Moonlight Seduction by Jennifer L Armentrout and I predicted a 4 stars. It’s been somewhere between 4 and 4,5 stars. 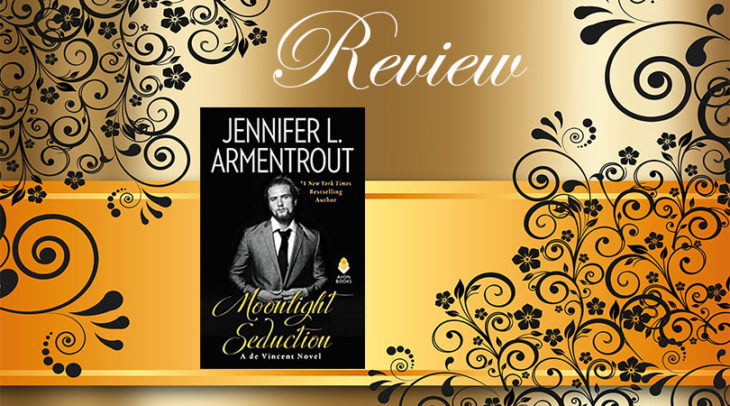 What are your first impressions?