All sorcerers are evil. Elisabeth has known that as long as she has known anything. Raised as a foundling in one of Austermeer’s Great Libraries, Elisabeth has grown up among the tools of sorcery—magical grimoires that whisper on shelves and rattle beneath iron chains. If provoked, they transform into grotesque monsters of ink and leather. She hopes to become a warden, charged with protecting the kingdom from their power.Then an act of sabotage releases the library’s most dangerous grimoire. Elisabeth’s desperate intervention implicates her in the crime, and she is torn from her home to face justice in the capital. With no one to turn to but her sworn enemy, the sorcerer Nathaniel Thorn, and his mysterious demonic servant, she finds herself entangled in a centuries-old conspiracy. Not only could the Great Libraries go up in flames, but the world along with them.

As her alliance with Nathaniel grows stronger, Elisabeth starts to question everything she’s been taught—about sorcerers, about the libraries she loves, even about herself. For Elisabeth has a power she has never guessed, and a future she could never have imagined.

Oooh how I loved that story! It felt exhilarating!

I have so much to say and praise about that book that I might be bossy, sorry but not sorry, trying to MAKE you READ it!

I liked An Enchantment of Ravens but I adored Sorcery of Thorns!

Honestly this book is so many things!

First I bow low to Margaret’s imagination because I loved reading about a world where Great Libraries held grimoires who snored while sleeping, complained, laughed or had to have their spines massaged by apprentices when they got a special flu!

This was so original!

Not to forget gargoyle coming to life and stone angels awakened by sorcerers to join the battle and defend said libraries!

And I am not even mentioning the book lice being extra fat and hard to kill when they feasted on enchanted grimoires!

So the first thing to praise was the world building!

Imaginative, enchanting and so vivid!

Second I absolutely adored the balance between gravity and humor in this book!

Then of course or sorcerer Nathaniel Thorn is a master at irony and sarcasm.

Always unruffled even in dire circumstances he had the best come backs! He reminded me of Jace Wayland or …….

What also added humor and comic moments was the knack of Elisabeth to always jump head first into compromising situations! Like making fall an entire book shelf on the sorcerer she covertly and discreetly tried to spy on just to end falling on him and grabbing his surprisingly soft hair to test a theory and make sure he had or had not pointed ears! It’s for science you see…

Third I fell hard for the magical battles, the heroics, the constant action and exhilarating acts of bravery! I felt emboldened and energized just reading about Elisabeth’s high feat and courageous actions. I barely kept myself from shouting something along “Take that evil monster!” in the midst of fellow commuters on the train. No doubt it would not have been welcomed to rouse them from their sleep while on our very early morning trip to work!

Fourth I loved the character’s growth and their evolution.

How Elisabeth, raised in a Great Library and sworn to protect grimoires, not to ever dabble in magic because sorcerers are evil came to realize through that story that not everything is clear cut. That all sorcerers are not evil, that not all magic is bad nor all demons are enemies. That maybe her purpose lies in something other than making sure that grimoires are trapped and well guarded.

And Silas…without spoiling your fun he will also change.

Honestly I can’t recall the last time that I read about a book with magic and sorcerers and had so much fun! Not since reading Harry Potter I dare say! I know JK Rowling is the queen but Margareth Rogerson did a dang fine job in entertaining me in the best sense of the word! I’ve been simply swept off my feet and catapulted in a heroic and magical world!

If you love fantasy reads just read it!

I want to say a huge thank you to the publisher Margaret K. McElderry Books from Simon and Schuster for reaching out to me and offering this copy of the book! It had no influence whatsoever on my always honest review and it’s been a real pleasure!

Do you love stories with sorcerers? Do you plan to read it?

And as for once I am part of a blog tour for a “traditionally published” book, you’ll get the author’s bio and the dates for the other tour’s participants! 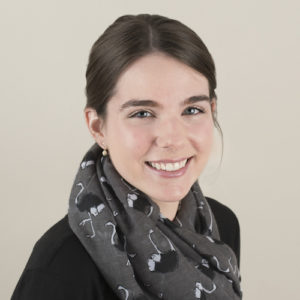 Margaret Rogerson is the author of the New York Times bestseller An Enchantment of Ravens and Sorcery of Thorns. She has a bachelor’s degree in cultural anthropology from Miami University. When not reading or writing she enjoys sketching, gaming, making pudding, and watching more documentaries than is socially acceptable (according to some). She lives near Cincinnati, Ohio, beside a garden full of hummingbirds and roses. Visit her at MargaretRogerson.com.

Tuesday, May 28 – The Novel Knight

Wednesday, May 29 – Adventures of a Book Junkie

Tuesday, June 18 – Beware of the Reader