Today is Sunday time to look back in the rearview mirror and talk about my week . I am linking up to the Sunday Post hosted for years by Kimberly@caffeinatedreviewer .

Also today will be a mostly if not only post about private life!

First we got huge floods in Belgium. The likes we had never seen and pictures are really shocking!

The first floods happened the week of 12 to 15 th of July.

Belgium, Germany, The Netherlands and Switzerlands were hit.

Lucky for us, as we are living on a hill, we had no damages. But we got instructed to stay in our homes and not move at all. This was of course the day I had planned to go back to the office for the first time in nearly seventeen months…

No luck as the train traffic was stopped in the whole south of the country.

As we hadn’t been hit, we went to vacation as planned in Normandy (read further about it below).

We should have come back home today, on Sunday.

But in the night of Friday to Saturday, I had a bad feeling and urged my husband to go home one day sooner.

Yesterday, two hours after we arrived back home, a thunderstorm happened and …65 litres of water fell from the sky! That’s nearly two months of water in 40 minutes!

And here below are the pictures and movie about what happened in my town and other towns yet again!

This time we were scared as the sewers in our street could not absorb the water anymore and we were nearly flooded! The sink, the toilet made awful noises like boiling water. My daughter was extremely stressed.

We witnessed horrified as the water went up to our doorstep, just to stop 2 cm short of it. It then went around our home and rushed down the hill flooding the streets below as you can see in that video!

Now between these two floods, as I mentioned, we went to Normandy!

For six days we had a splendid weather. 87°F (31°C) with marine breeze. Lots of sun and we stayed in a gorgeous house, part of an ancient farm dating back more than 100 years ago.

It was in a small hamlet, in the countryside, very peaceful! No noises except the birds.

We were also in the middle of every interesting spot to visit if you are fans of WWII like we are my husband and I!

That cemetery is beautiful and very peaceful. You could sit on a bank and read a book amidst the white crosses. 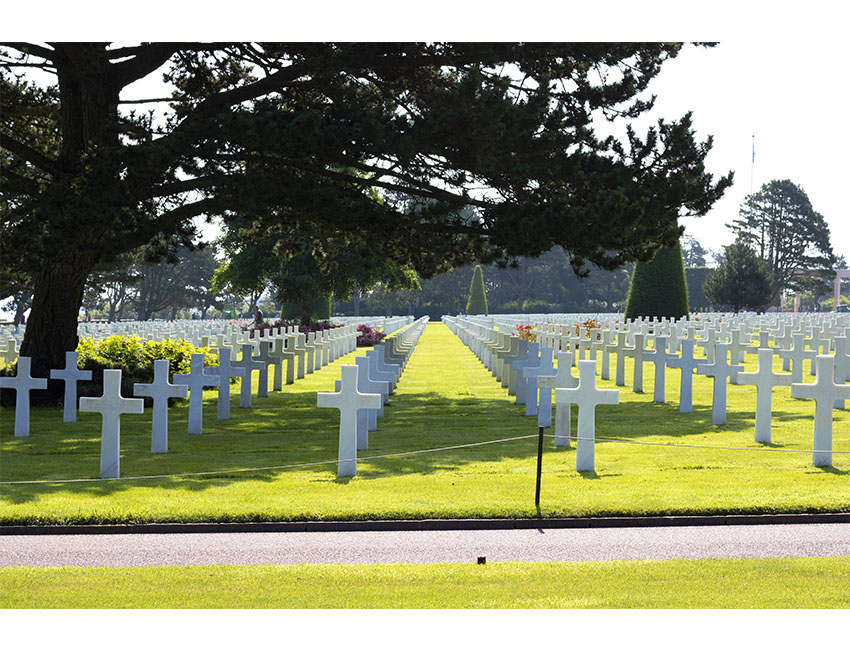 We went to Juno Beach to have a guided tour of the bunkers with a Canadian guide.

We also visited Omaha Beach, Utah Beach, Sainte Mère l’Eglise, and many other places and museums. We’ll never be grateful enough for the courage these soldiers demonstrated. They enrolled freely to fight for freedom. I would never have dared set foot on these beaches under fire of the enemy!

COVID wise it was very safe as every museum and restaurant was only opened to people fully vaccinated wearing masks. Sanitizers were also everywhere.

Also I chose Normandy as it’s not very far from where we leave (about 500km) and would not have overcrowded beaches!

Look below at the picture of the beach 😀

Compared with the south of France it’s deserted! 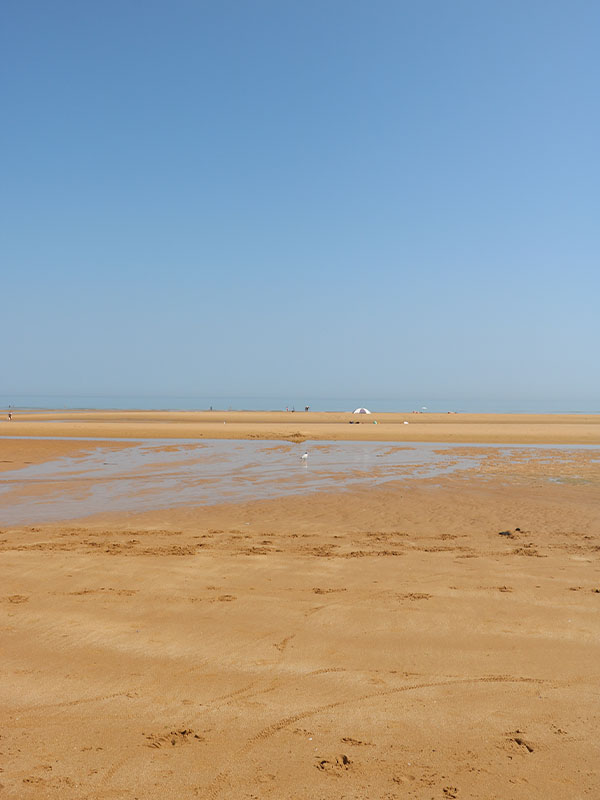 And we met interesting people! Most of our stay the other people renting the second room was a French woman and her young son. She was an …English teacher and we hit it off right away!

The last day, it was an American woman from Delaware traveling with her three teenagers. She was so happy to meet people talking English and we were very pleased to chat with her.

Also all along, alone with my husband for the first time since our honeymoon while on holiday we had an amazing time, laughing so hard that my husband spit his water in the car as he was laughing too hard!!!

It was a much needed break, the first time we went out of our house in seventeen months!