Before beginning to write this review, I have to warn you: huge book hangover awaiting you by the end! At least that’s what happened to me and every book that I tried after just felt like “meh”. 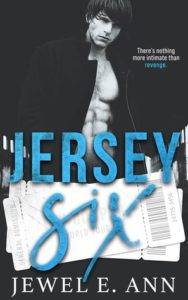 How far would you go for revenge? A hit-and-run accident leaves Jersey Six orphaned and homeless on the streets of Newark, shattering her dreams of school dances, pink nail polish, and a diploma.

Eight years later, a burn victim with amnesia wanders into Jersey’s barely-existent life. She resists his efforts to form a friendship until he reveals knowledge of the person responsible for derailing her future. Through their unusual friendship, she discovers a way to avenge the deaths of her foster parents.

All she has to do is destroy the world’s biggest rock star.

In the ultimate game of sex, lies, and manipulation, can Jersey discover the truth? Or will she be blinded by attraction, deceived by love, and destroyed by her past?

“Be brave and run fast”

I have loved other books by Jewel E Ann but I think so far this is my favorite!

How far would you go for revenge really is the key sentence to the story. 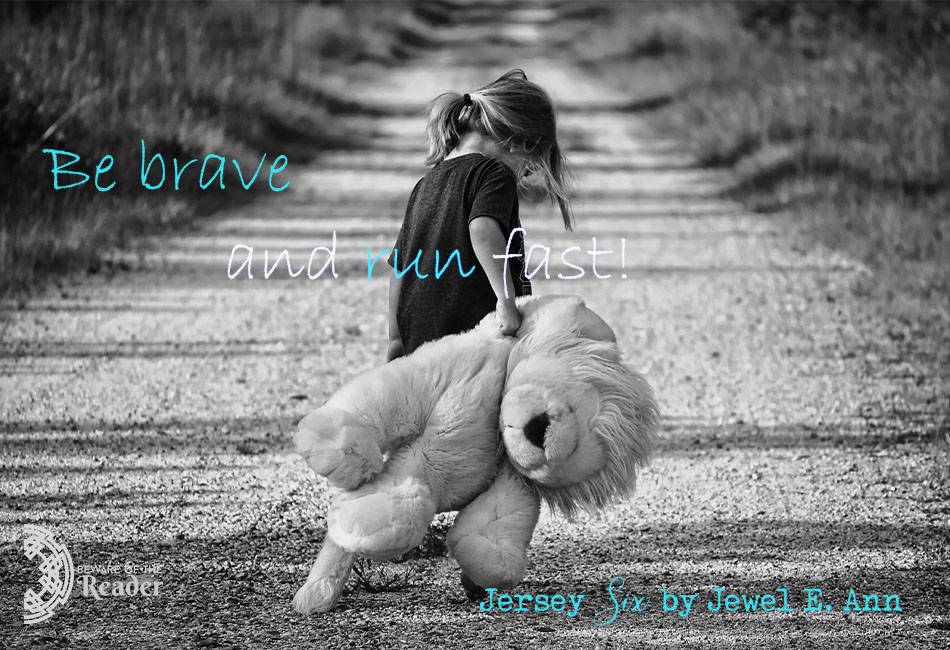 Brutal like Jersey’s life and fists. She reminded me of the movie “Million Dollar Baby” when she fought all the time, pummeling men bigger than her. Jersey could be an add for the worse that you can find in the foster system. So horrific that it was better for her to live homeless than take the risk to land in another family with a smelly pervert old man who would do disgusting things to little girls.

“A hundred years of wear on a twenty-something body. Tiny scars scattered along her skin, ghosts of the past. Jersey had a story to tell, a story Ian needed to learn to silence the voice in his head.”

Raw like Jersey’s confessions. OMG when she confided some stories of her past with Ian I did not know if I should cry, vomit or both!

Intricate because the plot is so well thought! I had guessed some and was pretty confident that, “Haha Jewel! I guessed the truth!” (add a look of triumph here) when Bam! I did not see that left hook coming and I was left knocked out! Unexpected twist!

Lethal because there are killers in that story. Some killed to survive, to stop the abuse. Others killed by mistake and dumbness. But people died that’s for sure! Sometimes run over by a car or gutted by a knife like a fish from throat to genitals or other had their head exploded by a baseball bat. Take your pick!

Lonely because that’s how Jersey’s life has been. Rejected by her mom, not fit to be adopted she has been left one way or another by any people who counted for her. Always left to fend for herself in that cruel life, forced to go to whatever end to survive.

Impenetrable like Ian’s mind and secrets. His past his better guarded than Fort Knox! Never revealing anything about his past. Never disclosing his real motives. This added so much mystery!

Addictive because I had to know and read till the wee hours of morning!

Numb like Jersey when she sold her body to get some antibiotic salve or something to eat. Sex was meaningless for her just something to barter with. But when she kissed Ian she was far from numb! Kissing was her holy grail!

Toxic as that’s how I saw her relationship with Chris after some time. I did not like at all how he pushed her, goaded Jersey to make sur she did not forget her revenge.

At the end of the story, all these characters has been roughed up by life, beat up and left with deep scars. But you know what? “Bunnies still hop with one ear.”

To sum it up: this story is brutal, dysfunctional and heartbreaking! Just read it!

Have you read Jewel’s books? How do you feel about raw and brutal books?