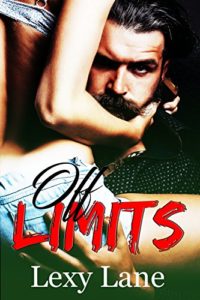 LeilaStudy. Follow the rules. Fight for a future that isn’t mine.
In my short eighteen years, life has been tough. I thought having a break between high school and studying law at Harvard would be exactly what I needed, but my father had other ideas, and now my break has turned into work. I’m prepared to take on the task. What I’m not prepared for is the animalistic tyrant of a boss who wants to claim me as his.

He’s all those things and more. And not only does he want me in his bed, he wants me in his life…
Permanently.

I remembered Leila as this little brat of a teenager, so I was less than thrilled at the idea of hiring her as my temporary assistant. But my friend has been good to me, and I felt like I owed him. Nothing could have prepared me for the lightening that struck the morning she entered my office.

Beautiful.
Voluptuous.
Sexy.
And more.
So. Much. More.

I’ve never wanted anyone as much as I want her. I’ve remained a thirty-three-year-old bachelor for a reason. I love my money, but unfortunately, other women do too. I had adapted to the idea that I would never marry.
Until her.

Off Limit is pure smutty read as in: let all your beliefs and reasoning outside. This is the land of insta love/lust, of overbearing alphas wanting to impregnate the woman who showed two seconds before at the door, of unreasonable little minxes.

Despite knowing how wrong it is and dangerous it would be, I can’t help that feeling of ownership—the desire to claim her. Mine, mine, fucking mine!”

Why did I read it are you wondering?

Because this is the new book of an author’s friend writing another genre under a new pen name.

Because I wanted to try it. I was curious!

I ended reading it in one sitting 😉

Leyla is eighteen, she lost her mom to cancer years ago and has an absent father. She is rebelling but will attend Harvard to please daddy.

When she is forced to work for daddy’s friend the thirty something Pheonix, it will be insta crush lust.

She wants to open her legs on his desk and be taken savagely!

I never thought I would write something like that in my reviews but here we are ladies and gentlemen! Mark this day Sophie has gone all vixen on you!

Of course Phoenix can’t resist her big “bosom” (I try to keep it PG rated somehow even if it’s probably too late) and wants to “do her” good.

She is his friend’s daughter.

It would be bad on his resumé.

And she is so young. She has plans and dreams. He can’t chain her to his side. He has to be noble even if he sports a “tent” in his trousers every time he sees her.

My, my, my he must have been supremely uncomfortable through the majority of the book!

Of course Leyla wants to make him throw caution to the wind!

Here come the sexy dresses and the dates with young studs in the hope to make him jealous.

OK I am stopping here.

Let’s just say that if you want easy to read, hot and don’t care about insta lust and irrational possessive alphas you’ll love this one! Fans of Alex Riley you have a new author to add to your list!