Atticus: A Woman’s Journey with the World’s Worst Behaved Dog 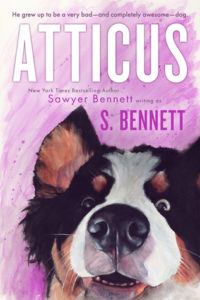 A heart-warming and deliciously funny story about the world’s worst behaved dog and how he trained his human how to love herself again.Through the haze of vodka and self-loathing, Hazel Roundtree saw the poor creature lying in a ditch.

One brown eye. One blue.
Covered in mud and crying from pain, the puppy was desperately trying to free itself from a hopeless situation.

She almost kept walking by. She had her own problems and besides… no one had ever stopped to help her.

Who we’re ultimately meant to be is a journey without end, but there’s always a defined start…

Hazel had no idea the dog would be her beginning, her second chance, the miracle she never saw coming. She named him Atticus. He grew up to be a very bad—and completely awesome—dog. He took Hazel on a life-changing journey filled with mischievous adventure and painful heartbreak. In the end, Hazel grew up to be completely awesome, too.

Some weeks or months ago I saw that cover on many of my bloggers friends.

Intrigued I went to visit his account and laughed so hard at this dog’s shenanigans that I became a follower and requested the ARC. I crossed my fingers because I really wanted to read his story.

I am a dog owner and I just know how they can sometimes seem so human.

Atticus has an incredibly expressive face and you can read all his emotions.

When the ARC landed on my Kindle I dived in and read it in one sitting.

Told from dual POV, Atticus and Hazel’s POV, this story is moving, funny, insightful, sweet and many other things.

We begin with Atticus POV as a puppy. I must say Sawyer Bennet did a very good job being in a puppy’s skin. That of a very curious and adventurous pup who will follow a scent just to be thrown into a dire situation. It was really amusing to walk in a dog’s skin. See and smell everything. Experience the world through his eyes.

Atticus is really smart and empathic.

He may be behaved…when he wants. At heart he is good, generous and mischievous. 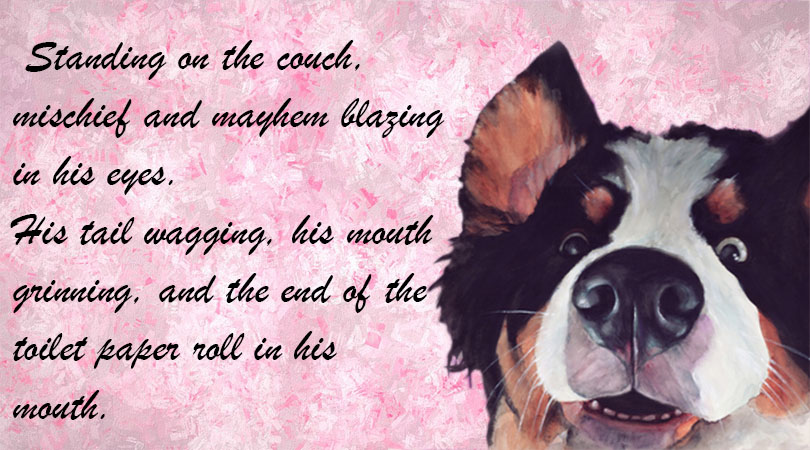 The second chapter if from Hazel Roundtree (I kid you not! What a name 😉)’s POV.

That chapter I was really, really apprehensive as Hazel was a mess. Drinking, smoking, living on a friend’s couch and only feeling worthy if she had a man to admire her.

Minimum effort. She barely survived and was not an inspiring human being.

I really thought “Oh crap! I don’t like her at all. What have I done requesting this book? I hate giving low ratings but I never lie…”. I really dreaded going on with my read.

“Squinting at my ash-covered fingertips, I realize it’s nothing more than a metaphor for my life. Floundering around, landing in crap situations, not learning my lesson, and repeating.”

But that’s the beauty of it as it left so much room for character’s development.

And that’s what it is all about: a “coming of age” story. Even if the female character is past her teen she still had to grow up. She had to become confident. She had to believe in her strength. Live through her own eyes (and yes through Atticus eyes) and not wait for a man to make her feel worthy.

Hazel will stumble upon Atticus and will save his life.

But Atticus will also save Hazel.

She barely could care for herself but she won’t abandon the pup. She won’t reject him or leave him alone!

Shouldering that responsibility will give her life a new purpose.

Just to give you a taste of the world through Atticus eyes, here is what he thought when Hazel rescued him

“When the woman appeared, I thought I would just die from pure happiness that someone had found me. She looked nice, although she smelled a little stale. She also smelled… unhappy. All I know is she had me out”

Everything seemed like Atticus had been put on earth to find Hazel and change her destiny. 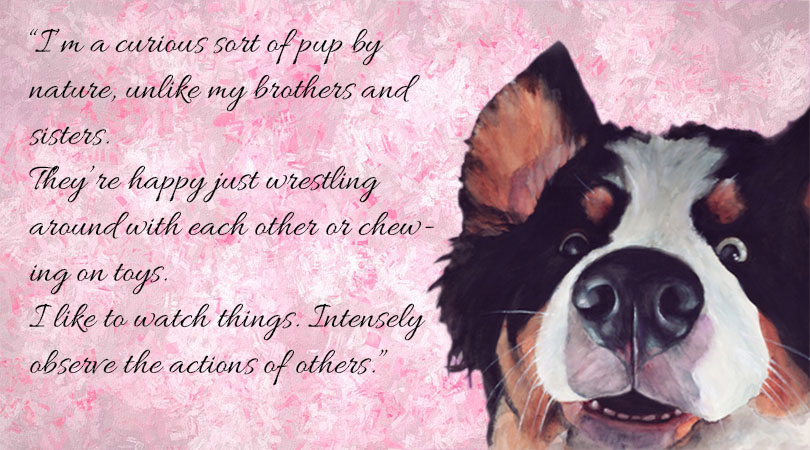 I’ve spoken about Atticus and Hazel but the side characters were all interesting and surprising. They all were like onions with many layers you had to peel to get to the core of their story. Dr Peel the grumpy veterinarian but who hid a heart of gold; Bernard the homeless who had a complicated past but was so selfless ….

I cried when Atticus was lost and miserable.

I huffed and puffed when Hazel was such a mess.

I smiled when Hazel decided to save Atticus and that no one would hurt him. Over her dead body!

I laughed at Atticus shenanigans as it reminded so much of my dog.

I cried again when some moving moments happened in the book.

I rejoiced each time Hazel achieved something.

This is a feel good and insightful coming of age story.

One that will leave you all warm and fuzzy inside.

One that will make you want to adopt Atticus or at least follow him on IG.

A huge thank you to Sawyer for writing this story, documenting Atticus shenanigans on IG as they always lift my mood and for sending the book!!!

Now one last quote for dog owners as it will certainly remind them of some mischief their own dog did:

“Standing on the couch, mischief and mayhem blazing in his eyes. His tail wagging, his mouth grinning, and the end of the toilet paper roll in his mouth. My first reaction? I snagged my phone, whipped the camera out, and took pictures of it all while laughing my ass off. Atticus grinned and wagged his tail, elated that he delighted me with his bad behavior. If there’s a reason why I can’t teach him to be good all the time is because most of the time, I can’t chastise him because I’m laughing too hard.”

Have you read another book written from the dog POV?