Today’s topic is A Character I’m Thankful for, because ______ (Did you relate hard? Did they help out a favorite MC? Whatever you’re reason, we want to know about this character!)

Well today I have three characters I am thankful for all for the same reason: they opened my eyes. They forced me to look deep into my heart and soul and wonder if I was not prejudiced. The picture is not always pretty when you look at your preconceived ideas about either race, social status, sexual preferences etc. But that’s what I love in books: they make me grow.

They influence my behavior.

I will always be convinced that you can raise your kids thanks to books. If you make them read stories filled with noble and selfless characters the chances are great that they will “imprint” something and be worthy adults later.

Books have the same influence on adults, that I am convinced of.

The three character I will mention here below each helped me to move past some prejudice. They helped me go above the “flock of sheeps” and think, really think about that topic. Not believe what I am fed on the news but think by myself.

Walking in their shoes, seeing the world through their eyes was a revelation that I will forever be thankful for.

So without further ado let me introduce these fantastic girls!

Starr from The Hate U Give by Angie Thomas 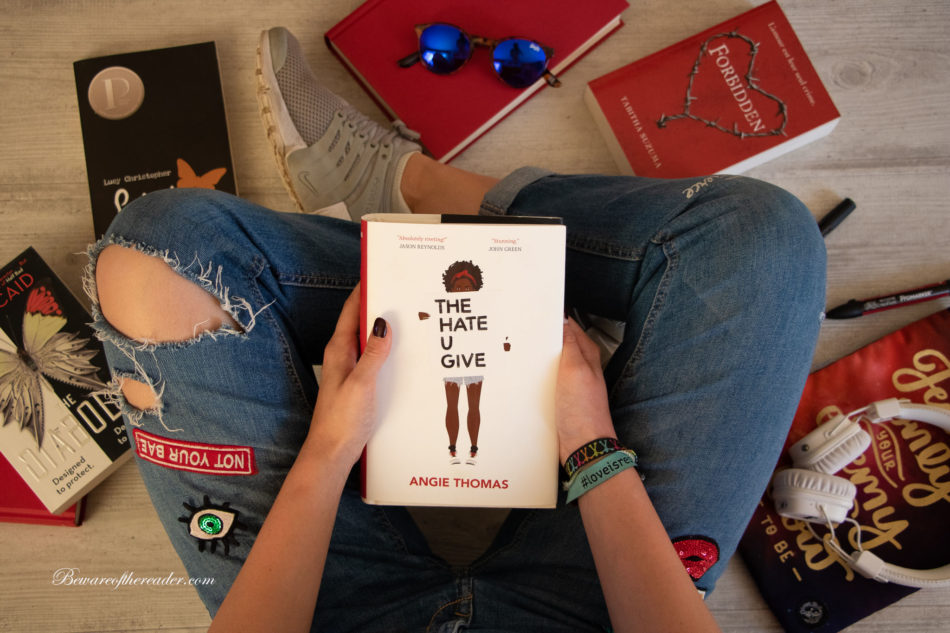 This are some my thoughts after having read the book:

“What I really praise the author for was to make ME see, me white woman, the reality of many minorities.” I was also pondering what real courage was, how I would have reacted… This is also about courage and finding your voice.

What would I do being in her shoes? Would I be brave and honor my friend’s memory asking justice? Risking my life and my family’s security? Would I stay silent to protect those I love? But then how would I live with a guilty conscience?

The roots of the problem are fear. “White” people have preconceived ideas about poor black people (and that could be any minority really) that make them perceive these people as threat. Once the fear is present accidents happen or even deliberate shootings.

When you have desperate poor people kept in poverty as they only are offered menial and underpaid jobs these people get angry. It does not ask for much to ignite a spark and have the powder keg explode.”

As you can see this broached very contemporary topics and had me see them through another light.

Kya from Where the Crawdads Sing by Delia Owens 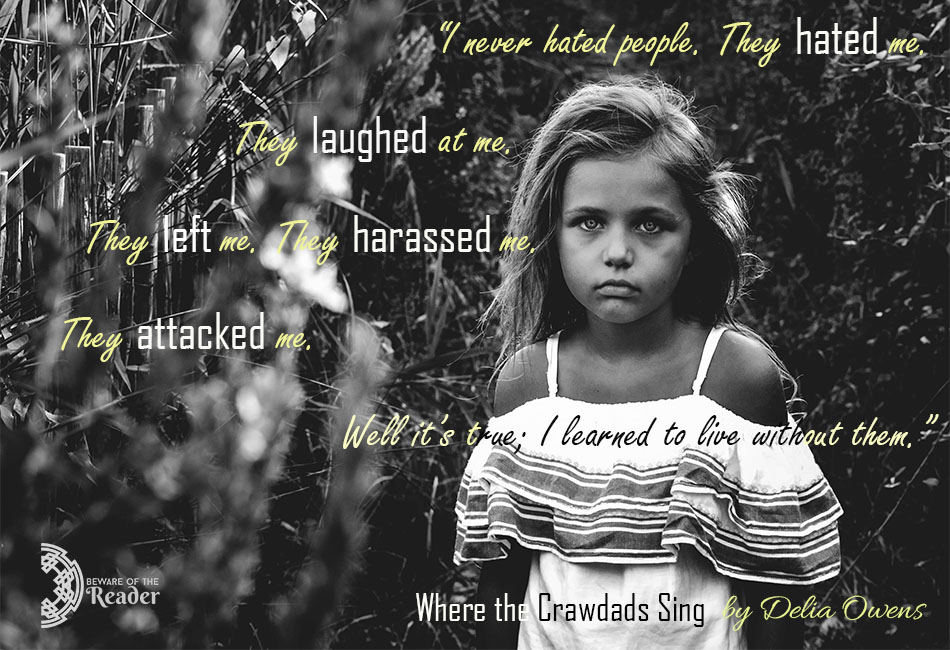 When I read this tale of rejection I was broken and angry. Angry at all these villagers shunning this little poor girl.  How could people be so mean to a kid?

Then … I thought once again of my own reaction when I cross some beggar kids on the street. I think they are dirty and used by their parents to draw sympathy. Am I better than these villagers really? It is not a glorious day when you are forced to face your flaws in in all honesty admit that maybe you are a little like them. Would I shun a kid, leave him or her all alone to fend for herself in the wild? I dare to hope that no I wouldn’t be that person. Yet that does not make me a saint when I think about my own reaction to these poor kids. And so is one of the reasons why I love: to better myself, to open my eyes.

My post title was: “This! This is why I read! A Very Large Expanse of Sea by Tahereh Mafi. How to shatter all prejudices.” as you can see the tone was set 😀

A Very Large Expanse of Sea is why I read.

I finished A Very Large Expanse of Sea in one day. I devoured this book like my life depended on it.
From the very first sentences I was horrified by what Shirin had to endure every day. Just for her choice to wear a scarf around the head.
How many violences were imparted on her.
Because of the heinous actions of some she was assimilated to terrorists and treated like one.

This book is an open scream to the world.

A plea not to make amalgams.

A shout to never judge people without getting to know them first.

An ode to equal and fair treatment.

So yes I am thankful for these characters!

And you who would you be thankful for?