OK today’s topic is, I quote Dani, Wicked Witch (Literally a witch, or one who simply acts like one… a fantasy villain or a contemporary bully… if she’s b*tchy then she’s part of the group!).

There are maybe thousands of wicked witches or favorite villains in books.

It can be that evil Queen Bee torturing the poor pudgy but smart and kind girl (if you want bullies just read Tijan’s books as you usually have evil female characters ruling high school).

Or an evil auntie, a neighbor from hell or ….

-She is manipulating and torturing minds;

-She killed her husband while manipulating her son in law’s mind, forcing him to take his father’s life;

-She destroyed and reshaped her own son’s mind in the hope of making him king one day even if he was secondborn;

-She conspired to kill her husband’s former wife;

-She delights in torturing countless of people.

I speak of Queen Elara from Red Queen’s series!

She was feared by all and even dead still spoke in Maven’s mind, keeping him prisoner forever!

How perfect would Charlize Theron be impersonating Queen Elara in the event of a hypothetical movie? 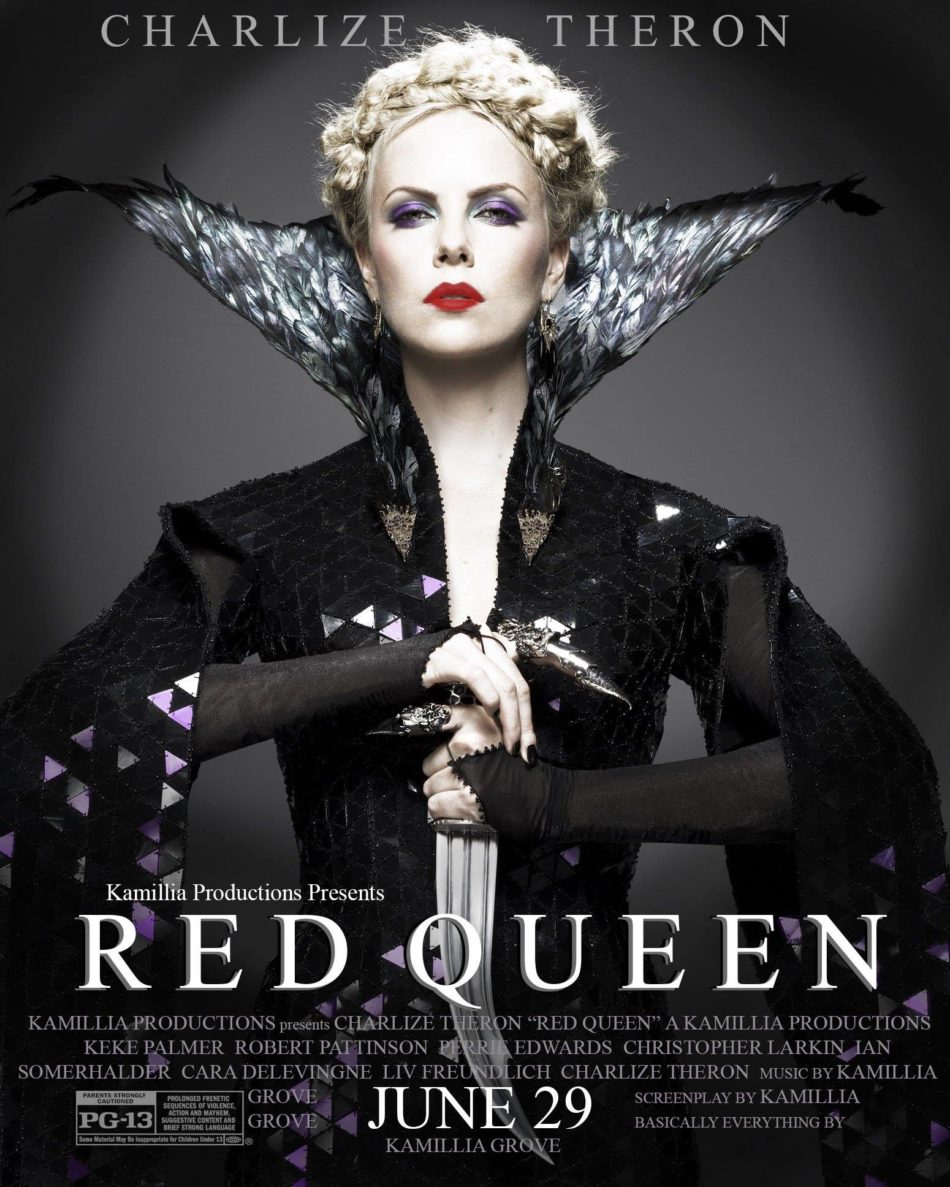 I nearly forgot! Here is one of my favorite groups singing about the Wicked Witch of the West! Enjoy 😉

That’s all for today as I still have tons of things to do and write but who would be your wicked witch?