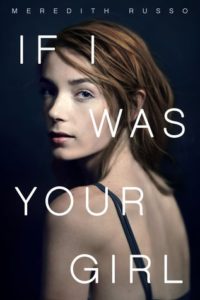 A new kind of big-hearted novel about being seen for who you really are.Amanda Hardy is the new girl in school. Like anyone else, all she wants is to make friends and fit in. But Amanda is keeping a secret, and she’s determined not to get too close to anyone.

But when she meets sweet, easygoing Grant, Amanda can’t help but start to let him into her life. As they spend more time together, she realizes just how much she is losing by guarding her heart. She finds herself yearning to share with Grant everything about herself, including her past. But Amanda’s terrified that once she tells him the truth, he won’t be able to see past it.

Because the secret that Amanda’s been keeping? It’s that at her old school, she used to be Andrew. Will the truth cost Amanda her new life, and her new love?

Meredith Russo’s If I Was Your Girl is a universal story about feeling different and a love story that everyone will root for.

“ Dancing with a boy for the first time in my life, I felt like a part of the people around me, like another cell in a healthy body instead of a hidden disease.”

I read Birthday by Meredith Russo and was … destroyed. Rarely had a book touched me so deeply! I had not one tissue left and it ended being my top book read in 2019!

I decided to read If I Was Your Girl, published before Birthday

Reading these books out of order was probably the best thing for me.

In Birthday you have a “before” story. When you follow the hero from childhood to teenage years when he feels deeply that he is in fact, a “she”. All his sufferings, all his confusion, fears..everything! And I said that this book did more for the LGBTQ than any gay pride.

Because, as my son told me when I debated about the book with him: there is a difference between accepting that someone wants to be another gender and understanding.

And making me understand is exactly what Birthday did to me.

This is another character but we follow Amanda after that she has changed gender.

We’ll have some flashbacks to help us understand what she went through but the story focuses on her new life, in that new town and new school. Where she is Amanda and no one knows that before she was Andrew.

Amanda is trying to live her life like the girl she’s always been but no one saw. It’s hard going to school without expecting to be bullied.

“You want my number?” Blood pounded in my temples. People who looked like Grant had never spoken to me without secretly planning to hurt me. For so many years I’d been on the wrong side of too many jokes, too many pranks, too many confrontations. I’d been knocked down a hundred times in a hundred different ways.”

Soon Amanda will find friends. I loved how Meredith made these side characters feel so real and pivotal to the story. Many had secrets too.

Amanda is torn between staying invisible, avoiding notice not to get hurt and finally, living her life like any normal teenager. 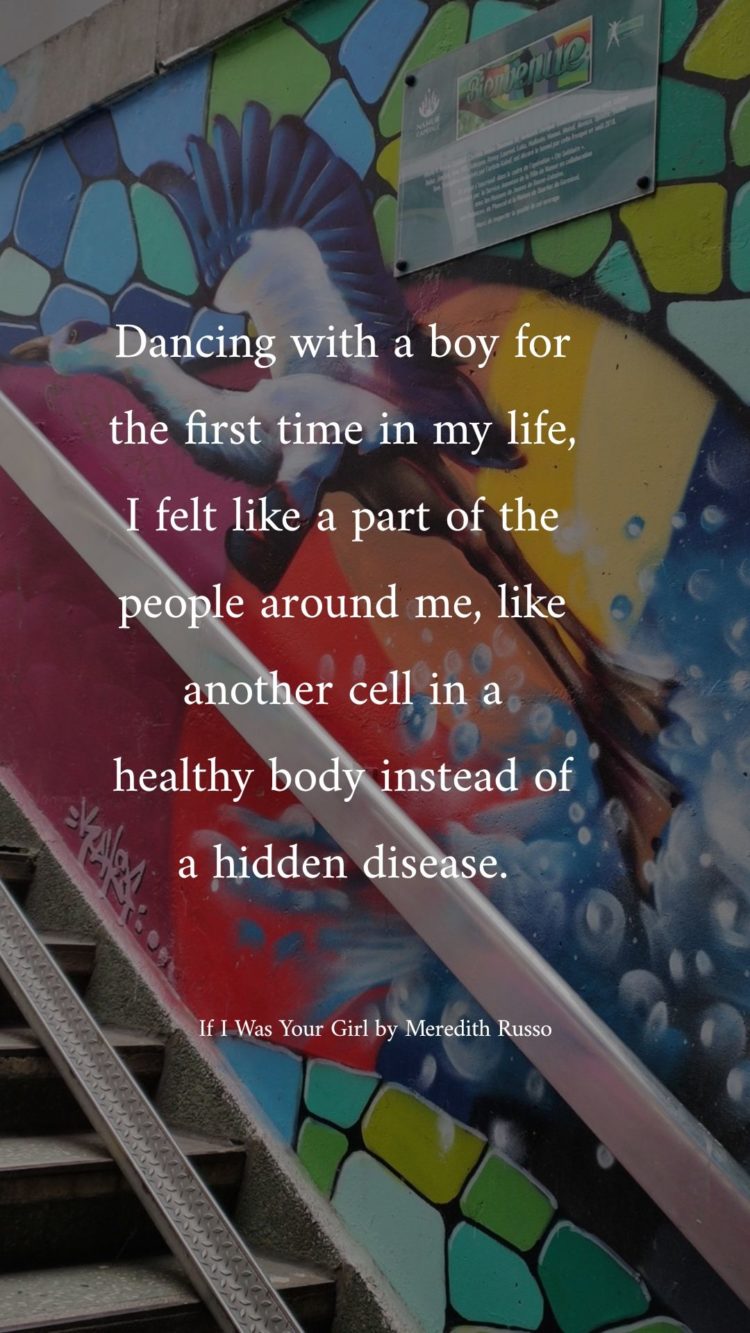 Of course you’ll have angst and you’ll also have some dramatic events.

But I was not a mess like I was in Birthday.

Because even if there are narrow minded people and haters, even if the life of Amanda had its ordeals in that new town, Amanda had found herself.

And that made a huge difference from Birthday.

That feeling that finally, your outside matches the inside.

The certainty that you are who you were meant to be all along is priceless and worth all the harsh words and bullying some could throw your way.

This is still a brilliant story. A must read story. But my reading was smoother.

Meredith left a very important note at the end of the book.

She explained that she wrote about Amanda being straight and having had all the surgeries to have all the feminine parts. And she added that it was not always how it went. Some transgender can be gay or bi. They can change some things but not everything. They can…. But they are all beautiful and perfect as they are.

She made that choice “because she did not want any possible barrier to understand Amanda as a teenage girl with a different medical history from most other girls.”

And I think it was the perfect choice. It let me focus on the person, not the specifics that maybe could have distracted me from the emotion and the story.

Amanda, like so many trans people, is a beautiful person, a beautiful soul. Someone deserving all our respect and love. Living your life in truth is an act of courage for some and it should not be so.

We all should be accepting and understanding. Not place a burden on someone’s shoulder who already struggles with her or his otherness but rather accompany him or her on her journey.