This is for me another infinity stars for Cassandra Clare.

In a kingdom by the sea…

In a secret world where half-angel warriors are sworn to fight demons, parabatai is a sacred word.

Emma Carstairs is a warrior, a Shadowhunter, and the best in her generation. She lives for battle. Shoulder to shoulder with her parabatai, Julian Blackthorn, she patrols the streets of Los Angeles, where vampires party on the Sunset Strip, and faeries—the most powerful of supernatural creatures—teeter on the edge of open war with Shadowhunters. When the bodies of humans and faeries turn up murdered in the same way Emma’s parents were when she was a child, an uneasy alliance is formed. This is Emma’s chance for revenge—and Julian’s chance to get back his brother Mark, who is being held prisoner by the faerie Courts. All Emma, Mark, and Julian have to do is solve the murders within two weeks…and before the murderer targets them.

Their search takes Emma from sea caves full of sorcery to a dark lottery where death is dispensed. And each clue she unravels uncovers more secrets. What has Julian been hiding from her all these years? Why does Shadowhunter Law forbid parabatai to fall in love? Who really killed her parents—and can she bear to know the truth? 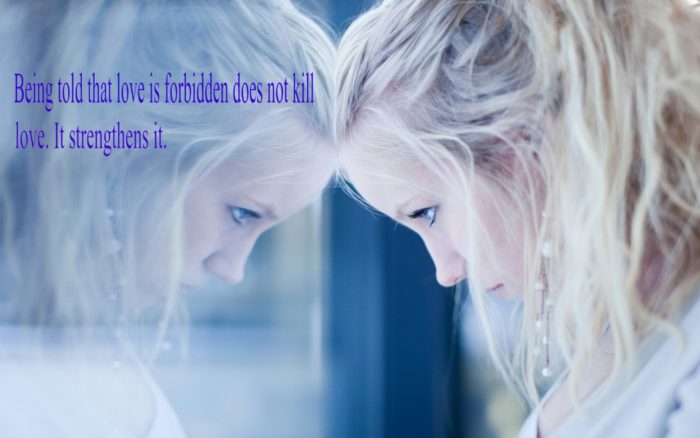 I got everything I expect and desire from an extraordinary fantasy book:

–a quest:  Emma and the Blackthorns have a limited time frame to discover who is murdering the Mundanes and Fae in the same way Emma’s parents have been murdered;

–an impossible taboo love story (I still don’t see how Julian and Emma could end together);

–lots and lots of secrets: nearly everyone had secrets Julian, Catarina,  Malcom, Emma and even  Diana. Some have been disclosed but others remain hidden at the end of the story;

–incredibly touching characters: not only the main characters that Julian and Emma are but all the side characters have their own life, their own  quirk to love and add layers to the story. They are a family and each has his/her own problems, hopes, joy and fear. I was not only engrossed in Emma’s story but in all their individual stories.

–action and epic battles against demons and other enemies: Emma is an incredible heroine and I held my breath each time she had to fight evil. She is a badass. Yay!

–cherry on top:  the characters of the other series cross path with Emma and her adoptive family. I was so happy to read about Tessa and Jem; Clary, Jace, Magnus, Alex, Simon and Isabel. The whole saga is going on and it’s so great to see what they’ve become!

I did not think I would be able to love another Shadowhunters couple as much as I loved Clary and Jace but I was wrong. Cassandra Clare did the impossible and made me fall in love with Emma and Julian.  They are so beautiful and right together. Their love story is tragic and I was choking on my unshed tears countless times in this book. 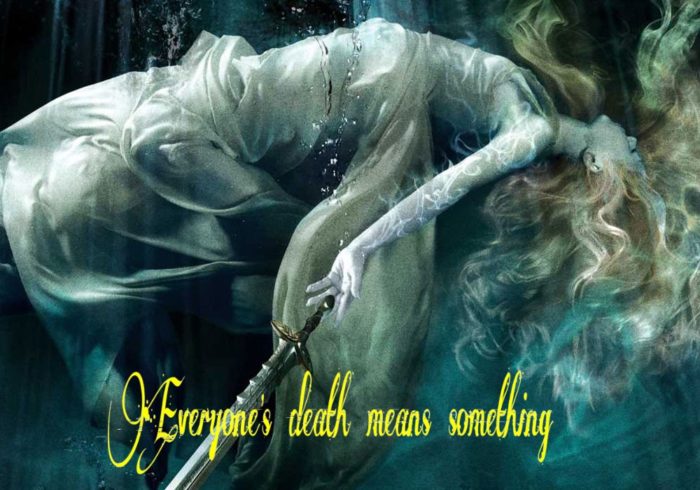 Prepare to be deeply moved, not only by Julian and Emma’s forbidden love story as each character was touching and had his own ordeal to overcome.  My heart hurt more often than I can count especially for Julian and Mark.

Mark because he is back from The Hunt as the faeries made a bargain to give him back to his family if Emma and the Blackthorns find the Fae murderer. The last years have been far from good for Mark and he is so broken.

”Mark was pacing back and forth at the foot of the bed, his hair hanging in his face. You could see how painfully thin he was; there was sinewy muscle on him, but it was the kind you got from starving sometimes and driving yourself away.”

He’s been physically deprived but also mentally manipulated as the Fair Folk is cruel and liked to make him hallucinate his family being tortured. Mark can’t believe Julian and the kids are real.

”You are a phantom and a shadow. You are the cruelty of hope.”

Torn between two worlds, he’ll have to find his place in this new world and choose to stay among Shadowhunter who despise the Fair Folk or go back to the Hunt hating Shadowhunters .  His hopes and fragile new start will be crushed more than once and it was really hard reading about it.

If  Mark was broken and lost,  Julian was Atlas, shouldering the world and taking too much responsibilities for a seventeen years old boy. He was so tired. He hoped once Mark was back his older brother would take the lead but he soon realizes he would be the one to hold Mark up. The whole book I wanted to help him, to let him rest and enjoy his youth.

The Clave, who should help and protect this family  is something to fear in this story. It was a black shadow over Julian’s life. The Clave is hard, harsh, loves order, normalcy and despises all matter of heart and passion.

”Julian’s art, his father’s interest in the classics: all had been regarded with deep suspicion. Shadowhunter weren’t meant to have outside interests. Shadowhunters weren’t artists. They were warriors, born and bred, like Spartans. And individuality was not something they valued.”

A special mention for Emma Carstairs: she is my dream heroine, the female version of Jace. Brave, impulsive, passionate, pushing her body to the limits to be better, faster, stronger. She is deeply loyal and sacrificed herself to take punishment and protect her loved ones. She had to make really hard choices and her last one to protect Julian was so terrible.

Cassandra Clare wrote the beginning of another epic series and I’m amazed by her talent. The cover says “Thirty-Six Million Readers Can”t Be Wrong” and it’s true! Fantasy lovers, don’t miss this opportunity and read it now.