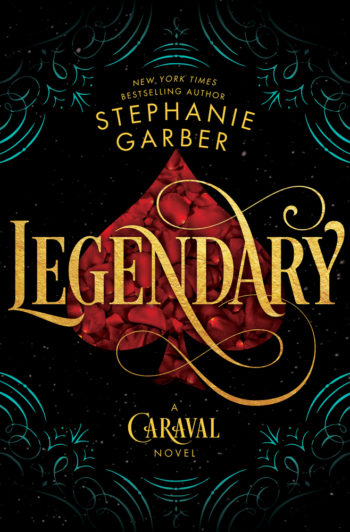 A heart to protect. A debt to repay. A game to win.

After being swept up in the magical world of Caraval, Donatella Dragna has finally escaped her father and saved her sister, Scarlett, from a disastrous arranged marriage. The girls should be celebrating, but Tella isn’t yet free. She made a desperate bargain with a mysterious criminal, and what Tella owes him no one has ever been able to deliver: Caraval Master Legend’s true name.

The only chance of uncovering Legend’s identity is to win Caraval, so Tella throws herself into the legendary competition once more—and into the path of the murderous heir to the throne, a doomed love story, and a web of secrets…including her sister’s. Caraval has always demanded bravery, cunning, and sacrifice, but now the game is asking for more. If Tella can’t fulfill her bargain and deliver Legend’s name, she’ll lose everything she cares about—maybe even her life. But if she wins, Legend and Caraval will be destroyed forever…

Welcome, welcome to Caraval . . . the games have only just begun. 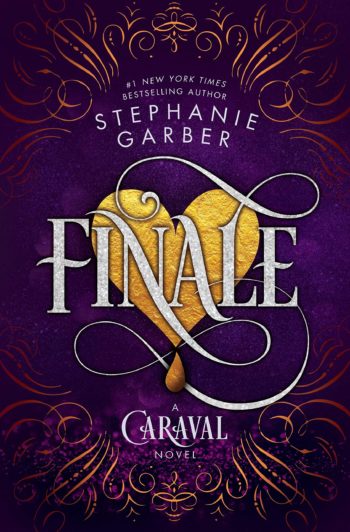 A love worth fighting for. A dream worth dying for. An ending worth waiting for.

With lives, empires, and hearts hanging in the balance, Tella must decide if she’s going to trust Legend or a former enemy. After uncovering a secret that upends her life, Scarlett will need to do the impossible. And Legend has a choice to make that will forever change and define him.

Caraval is over, but perhaps the greatest game of all has begun. There are no spectators this time—only those who will win, and those who will lose everything.

Welcome, welcome to Finale. All games must come to an end…

“Every story has four parts: the beginning, the middle, the almost-ending, and the true ending. Unfortunately, not everyone gets a true ending. Most people give up at the part of the story where things are the worst, when the situation feels hopeless, but that is where hope is needed most. Only those who persevere can find their true ending.”

These last two instalments were darker and even more dramatic than the first one!

Legendary is about Tella and I got to love her so much!

She is so much more than blond curls and bright smiles! She will surprise you!

And Finale had the two POV: Scarlett and Tella.

I just binge read the whole series in less than one week and flew through Legendary and Caraval!

These books are filled with magic, twists and turns and breathtaking moments!

The introduction and the writing are just gorgeous, leaving you no other choice than to be swept off your feet and dive head first in that fantastical universe of magic, misschief and danger!

You’ll be dazzled and frightened in equal parts!

Stephanie Garber is mixing wonders with horror, love with cruelty. One constant throughout the books: the love both sisters have for each others. I so regret not having siblings and was envious of Scarlett and Tella’s relationship.

In these last two books, we got to learn who Legend truly is (and I didn’t guess before a long time).

““He smelled of magic and heartbreak, and something about the combination made her think that despite what he claimed, he wanted to be her hero.”

We also get shocking revelations about Tella and Scarlett’s mother, and I so hurt for these girls who had been left time and again!

Some new important and cruel characters will come to play: the Fates!

They are immortal and humans are just puppets for these creatures. One of them had his eyes on Tella. But beware drawing attention from the Fates because they become obsessed with the object of their affection. They will do everything to possess, enslave and devour you!

This was brilliant, riveting, dark and every time the sisters trie something to save people or humanity, it was to run into a wall! I swear if I don’t have some grey hairs now it’s a miracle!

Julian and Dante are both very interesting side characters and Stephanie Garber knows how to write a very compelling cast!

I was so enamored with that series that I did Scarlett and Tella’s funko pops in two days and now have Legend’s to make.

If you haven’t read it yet, you should!