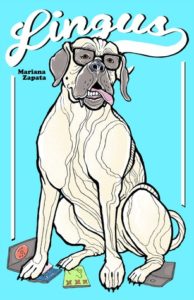 Most people would describe Katherine Berger as a responsible girl with a big heart, a loyal friend who takes care of those close to her, and the possessor of a wicked sense of humor. There was something about her that most people didn’t know. “My name is Kat Berger, and I love porn.”When twenty-five-year-old Kat is dragged to a porn convention by her best friend, she’s both embarrassed and nervous. The last thing she ever expected was to meet someone who makes her laugh like no other. This is a story about acceptance and friendship, and a love born out of the most unexpected of places.

It was a little bit like a soufflé: very promising in the beginning when warm and original out of the oven but some parts later on dragged for too long hence deflating the enjoyment.

-the deep friendship between Kat, Nicole and Zoe. They were really tight and Kat went to great length to show her support;

-the friendship between Tristan and Kat as I was sorry for Tristan to only have one friend so far. It was cute seeing him all boyish and joyful to have another friend.

The hero was a little bit too good to be true, too kind, too beautiful and the female character never stopped reminding us of his beauty. It became old quickly. In fact; from the moment where they truly where together it became a “déjà vu” and repetitive. Too “smooth sail” to keep the attention and interesting.

Also, this was the hottest and most explicit book written by Mariana Zapata! To my great astonishment too, it was a faster slow burn than MZ’s usual motto.

I only learned now that it was her first book so she probably was looking for her “signature” and it gave us later some amazing jewels like The Wall,  From Lukov with Love and Kulti. I am aware that it’s not fair comparing Lingus to her other work as an author has to grow into her writing.

But even with the less stellar parts it still is an enjoyable read that have you laughing at the banter.

Have you read this book ?