This time I joined Amy @foxyblogs and Angy @collectorofbookboyfriends to organize this tour.

You will have bloggers and authors featuring their favorite  own voices books/characters.

But what’s “own voices”?

The Own Voices hashtag was created by Corinne Duyvis to highlight books that are written by an author that shares a marginalized identity with the character. A marginalized group covers everything from race, sexuality, disability, etc

You can check the tour lineup here : https://wp.me/p4uAPW-3OK

Now I have just the PERFECT choice for you today!

It’s a book highly emotional that will rock your world out of its axis. 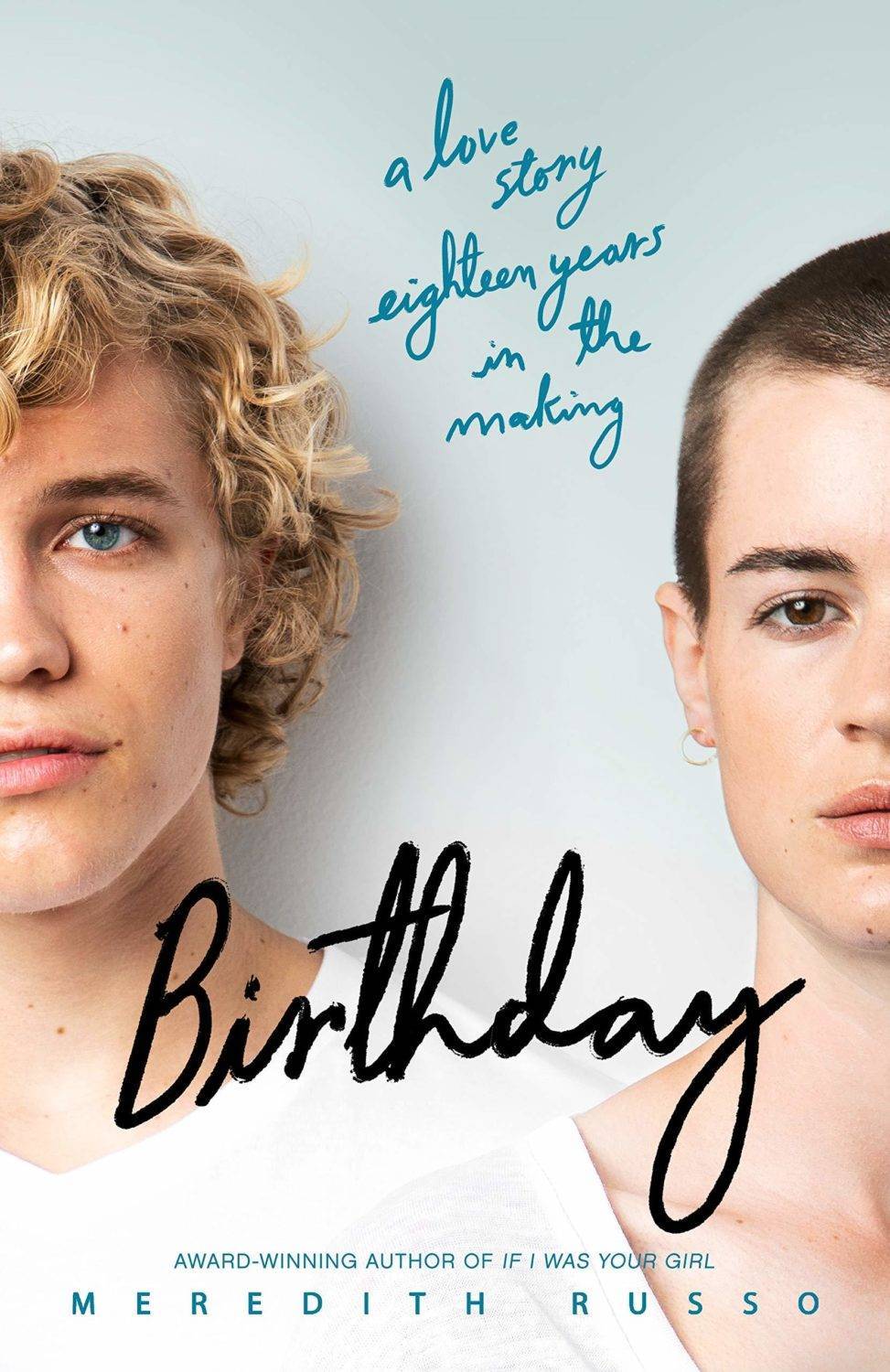 Birthday by Meredith Russo has been one of the most meaningful books that I have read this year. Its topic is transgender.

Boyhood meets The Sun Is Also a Star in this unconventional love story by award-winning author Meredith Russo!

Two kids, Morgan and Eric, are bonded for life after being born on the same day at the same time. We meet them once a year on their shared birthday as they grow and change: as Eric figures out who he is and how he fits into the world, and as Morgan makes the difficult choice to live as her true self. Over the years, they will drift apart, come together, fight, make up, and break up—and ultimately, realize how inextricably they are a part of each other.

In my review I wrote:

” I read it till the wee hours of the morning and ended up with puffy eyes, a congested nose and not one tissue left, thankful for being more educated and aware of some transgender ordeals and sufferings. “

Immediately after I was done reading it (well no, after I finally fell asleep and woke up) I researched Meredith Russo thinking that an author able to make me drown into Morgan’s world, transgender and all, with such reality and talent just had to have experienced it first hand one way or another.

Well this is what I found in her bio and on her publisher’s site:

“MEREDITH RUSSO was born, raised, and lives in Tennessee. She started living as her true self in late 2013 and never looked back. If I Was Your Girl was partially inspired by her experiences as a trans woman. Like Amanda, Meredith is a gigantic nerd who spends a lot of her time obsessing over video games and Star Wars.”

Now why should you read Birthday (because today I really want to convince you!)?

Because you will have no other choice but root for Morgan!

Morgan who had to find who he was and when he did he could not show it to anyone.

Morgan who had to live for years, suffocating. Either trying to live as a girl just to hide it again; either embracing his masculinity, wearing it like a mask until everything shattered inside.

You got it by now this book hit me hard.

And Eric was just perfect for him.

Please, give this book a chance because it will open your eyes on a topic that is not brushed under the rug anymore but still stays misunderstood.

And I am not the only one thinking it!

See what other well known authors say about it:

“Birthday is a luminous and profoundly moving coming-of-age story of love, family, friendship, destiny, and the struggle to live as one’s truest self. It will break your heart, piece it back together even stronger, and do it again and again until the last page.”
— Jeff Zentner, Morris Award-winning author of The Serpent King

“I couldn’t put this book down. Birthday broke my heart and made me tear up, but it was also so triumphant. This book will save lives.”
— Camryn Garrett, author of Full Disclosure

Now that you’ve read this post so far, you deserve a reward! 😀

Enter the giveaway below for a chance to win a USD 25 Amazon giftcard!

Oh and don’t hesitate to comment with YOUR favorite own voices!