Amy and Angy from respectively @foxyblogs and @collectorofbookboyfriends are once more organizing a tour around our favorite book boyfriends!

This time it’s about royalty!

You can find the tour line up below and a giveaway at the end of the post!

JUNE 24:
Beware Of The Reader
(Prince Cardan from The Cruel Prince by Holly Black)

JUNE 26:
Foxy Blogs
(Prince Thabiso from A Princess of Theory by Alyssa Cole)

JUNE 27:
The Fairest of All Book Reviews
(Prince Alexander from Command Me by Geneva Lee)

When I learned about the topic I had one royal in mind immediately: Cardan!

For those who don’t read YA or fantasy, Cardan is one of the main characters with Jude Duarte of The Cruel Prince and The Wicked King by Holly Black. 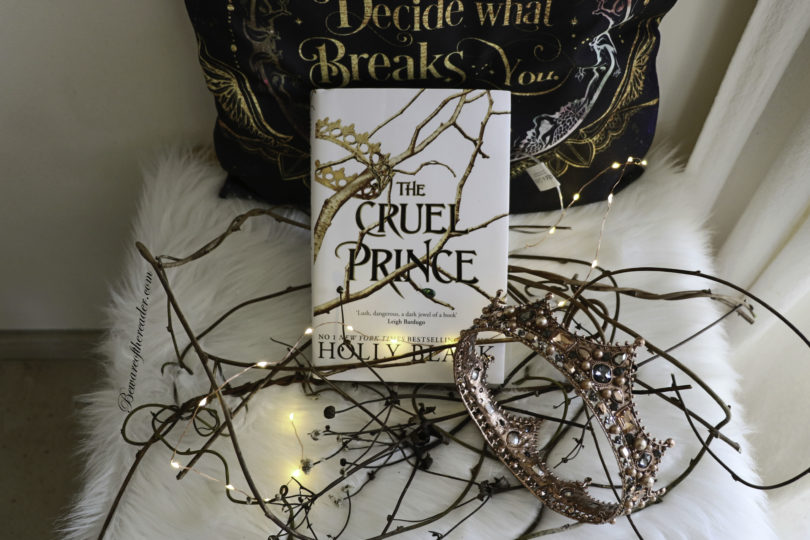 Cardan is a faery prince but honestly he’s been tortured and bullied by his older brother all his youth.

With no real power he took it upon himself to bully Jude, mortal living among the cruel Fae.

Just now I hear you think that he is no hero but rather a villain!

And you’d be right!

That’s why I love Cardan so much: because he is a anti hero, a villain who had so much growth potential in the story!

From a rather “meek” hero in The Cruel Prince, with not real ambition, he’s been forced on the throne by Jude.

By the end of the first book I wrote:

“Cardan was not easy to read. He also won’t be your all-powerful hero in this first installment. He’ll be rather powerless and honestly pathetic. For all his bullying he lacked substance to be a formidable hero.
But I’m convinced that’s because we’ll see a huge change in the sequel. He needed what Jude did to grow. That’s my deep conviction. Just watch and see him becoming a formidable hero.”

Let’s jump to the second book The Wicked King 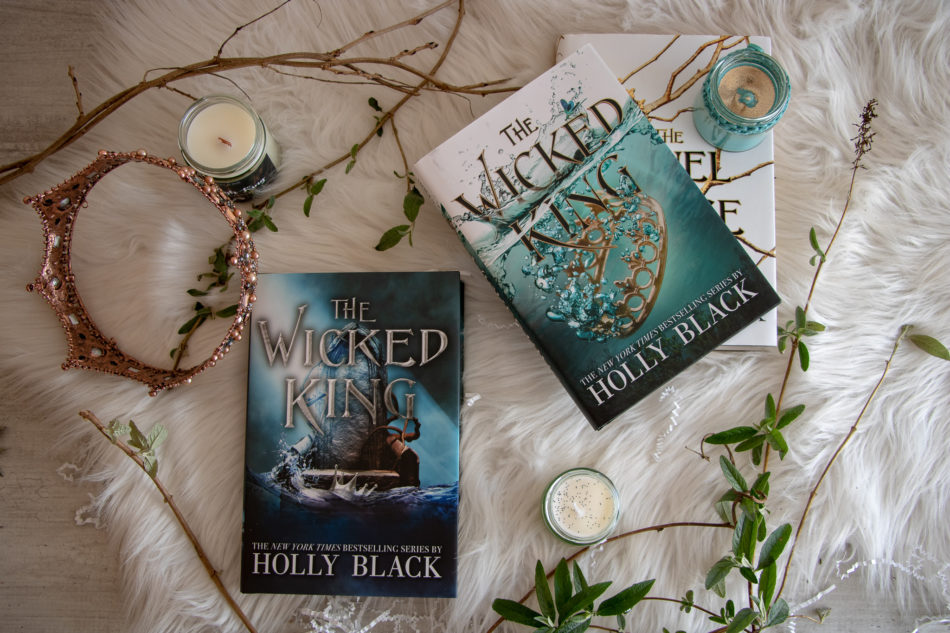 Now that he has the crown Cardan will own it and become a true Fae King!

Cardan is deceptive. He’ll have you think that he is uninterested, just focused on drinking and partying while he has an acute mind and will crush his opponent when you least expect it!

Cardan is certainly no role model but I so love his hate/love relationship with Jude!

And what he did to her by the end of The Wicked King I don’t know if I must be furious or admirative!

By the end of book two here were my thoughts:

“I began the book telling that I really hoped Cardan would stop being shallow and fickle. That I wanted his shoulders to broaden and be a king. That I wanted him to impress me.
Well that’s Holly Black who impressed me as she played me for a fool! She blurred the lines, sent me one way, blinding me with plot twists when all along she was working on Cardan!
I didn’t see it coming!!!”

Here are some quotes and some gorgeous art to help you grasp Cardan’s personality .

Cardan did not like to feel “something” for that disgusting mortal Jude!

“Have I told you how hideous you look tonight?” Cardan asks, leaning back in the elaborately carved chair, the warmth of his words turning the question into something like a compliment.
“No” I say, glad to be annoyed back into the present. “Tell me.”
“I can’t.”
― Holly Black, The Cruel Prince

And truth be told about the kind of male Cardan is …

“He looks like a faerie lover stepped out of a ballad, the kind where no good comes to the girl who runs away with him.”
― Holly Black, The Cruel Prince

“Our eyes meet, and something dangerous sparks.

He hates you, I remind myself.

“Kiss me again,” he says, drunk and foolish. “Kiss me until I am sick of it.”

I feel those words, feel them like a kick to the stomach. He sees my expression and laughs, a sound full of mockery. I can’t tell which of us he’s laughing at.

Maybe he hates you the more for it.

After a moment, his eyes flutter closed. His voice falls to a whisper, as though he’s talking to himself. “If you’re the sickness, I suppose you can’t also be the cure.”

He drifts off to sleep, but I am wide awake.”
― Holly Black, The Wicked King

Now some art about Cardan with my favorite artist being Loweana! You can buy her art on Redbubble https://www.redbubble.com/people/loweana  or follow her on Instagram : https://www.instagram.com/loweana.art/ 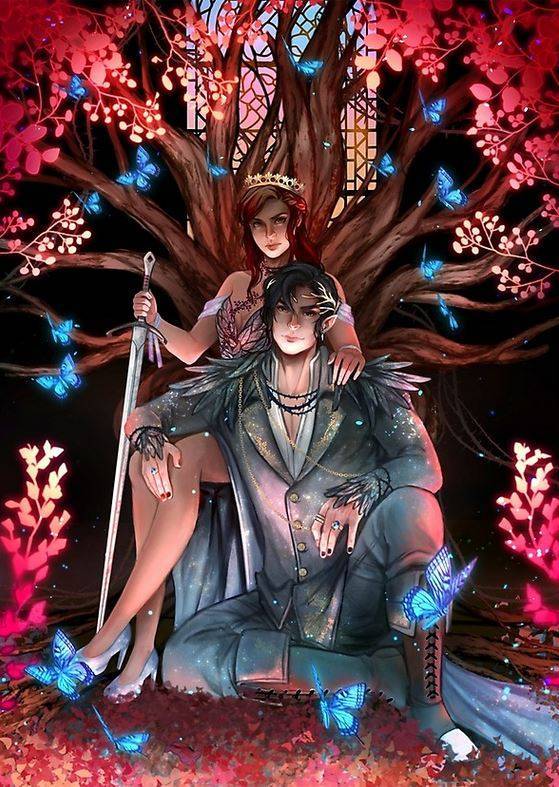 I was lucky to get that precise picture in my special box “Wicked King” by Shelflovecrate! It was a postcard and a booksleeve! 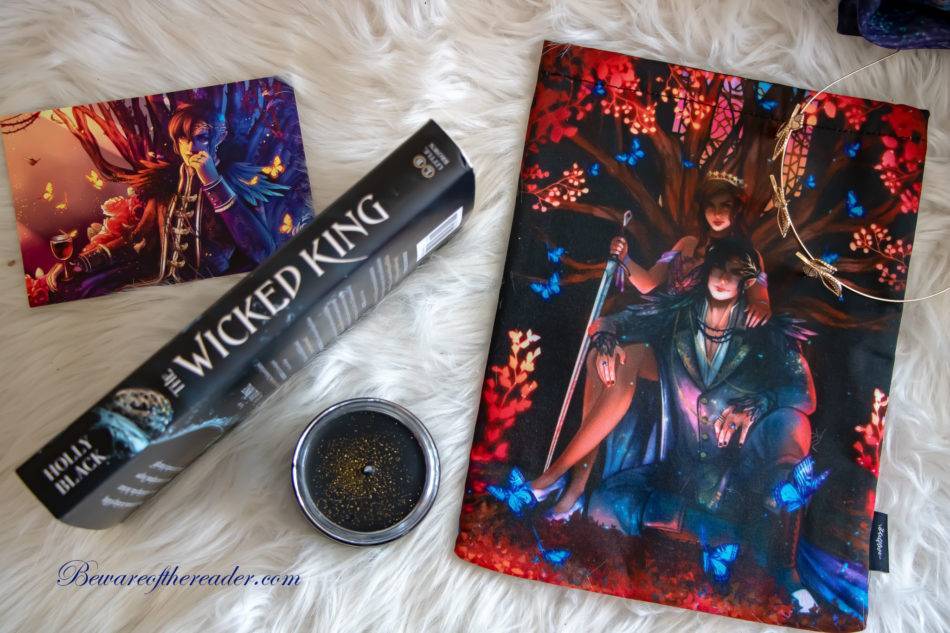 As you’ve been kind enough to read this whole post, here is your giveaway!


Now do tell me: who is your favorite Royalty?