And just like that, in an old red barn at the foothills of Mount Kilimanjaro, I discovered the elusive magic I had only ever glimpsed between the pages of great love stories. It fluttered around me like a newborn butterfly and settled in a corner of my heart. I held my breath, afraid to exhale for fear it would slip out, never to be found again.”

When a bomb explodes in a mall in East Africa, its aftershocks send two strangers on a collision course that neither one sees coming.

Jack Warden, a divorced coffee farmer in Tanzania, loses his only daughter. An ocean away, in the English countryside, Rodel Emerson loses her only sibling.

Two ordinary people, bound by a tragic afternoon, set out to achieve the extraordinary, as they make three stops to rescue three children across the vast plains of the Serengeti—children who are worth more dead than alive.

But even if they beat the odds, another challenge looms at the end of the line. Can they survive yet another loss—this time of a love that’s bound to slip through their fingers, like the mists that dissipate in the light of the sun?

“Sometimes you come across a rainbow story—one that spans your heart. You might not be able to grasp it or hold on to it, but you can never be sorry for the color and magic it brought 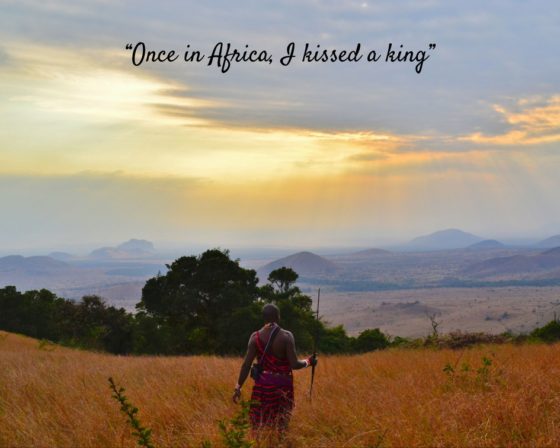 Whereas the horrific events made me fall into the book immediately I needed some time to get used to the sometimes “flamboyant” phrasing. I get the attraction between Jack and Rodel was nearly instant once you passed his grouchy/wounded lion (un)welcome. It was meant to be. But some phrasing was just too elaborate and I was thinking: “Really?” in the beginning. Then it grew on me and added to the magic of the book. I could hear Bahati talking my ears off, admire “The Big Fives”, feel the heat of Africa, the scent of crowded markets, feel the rain pouring upon my head… I loved “Gone With The Wind” and this book will give you the same dramatic and utterly romantic vibes.

That said I’m convinced this book is movie worthy.

Seriously if I was a producer I would buy the book’s rights just now.

My movie would have:
-gorgeous landscapes with sunsets in Africa under the Kilimanjaro silhouette. Big animals prowling the savannah ready to pounce and kill their prey;
-killing spree in Mall with bomb exploding for good measure and a net of evil villain abducting albino kids to quench the blood thirst of superstitious powerful people;
-romance with high voltage chemistry between a handsome “oozing testosterone” hero and a sexy British;
-colorful side characters;
-personal quest to honor the deceased memories;
-insightful messages about grief, life, resilience, true beauty…

The cast was just perfect:
–a sexy British teacher mourning the loss of her sister dead in said Mall attack. Rodel was the steady and sensible one in her family of adventurers. Real book nerd she’s dreaming of book boyfriends and no real man can compare. Give her Strider, Aragorn, King of Gondor any day. She has impossibly high standards for her future boyfriend
When she sets foot on African soil she’ll discover her true adventurous self. Lover of the Cotswolds she’ll fall under Tanzania’s charm. She’ll acclimate perfectly following Jack on a quest through Tanzania to recover Albino kids. Under the stars, in a storm, after a car break or being chase by a rhinoceros she stays cool like a cucumber. She was used to constant

“But with Jack, it was like a polygraph test gone wild, the recording needle jumping all over the place. I went hopeful to insulted, from being sympathetic about his loss to infuriated by his attitude.”;

–a VERY male and VERY handsome hero. Jack has been broken by his daughter’s death. He’s failed her.

“Lily. Oh God. I failed you. As the world fell to its knees around him, walls torn, roof blown off, blood and bone everywhere—Jack felt himself rip into two. Before-Jack, who loved black coffee, blue skies, and driving into town with all the windows down, and After-Jack, whose daughter’s sweet smile and cotton-candy ponytail swam before him in the heated, five-alarm blaze of the afternoon.”

Now a shell of the man he once was he’ll follow Rodel in her quest and find that spark again. It will be a rebirth. Have you ever had a guide gently washing and combing your muddy hair under the starry sky of Africa? Ready to kill everyone to protect you? Soothing a wounded calf and still looking Oh so male? No? Well me neither but it will be part of my “need to have” on my next travel. I’m certain my husband would not be jealous… 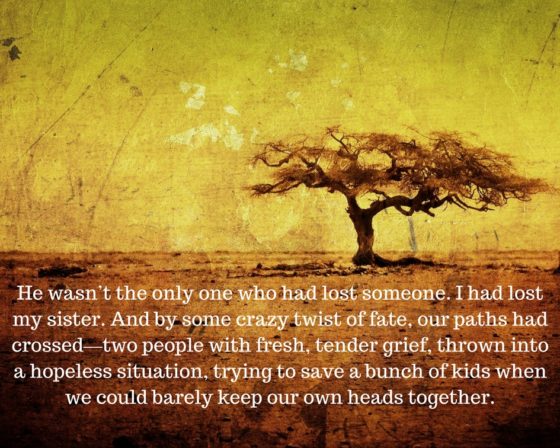 –a very chatty Massai obsessed with his skin care and dreaming of being a movie star. Squeeling at the sight of a lizard he was the son of a Massai chief. Bahati was loud, colorful, unique and full of surprise.

-a badass very old lady. I want to be Goma when I’ll be an old lady! Seriously she’s like ninety and rules her world on a farm in the middle of Africa. She wears mummus like a queen, doesn’t bat an eyelash when her life is threatened and she has to face three killers.

“Never piss off an old bird. We’re cranky, constipated, and we need our beauty sleep.”

She is a badass old chicken! I bet all my grandkids would like me to drive them to school just to show off their so cool grand-mother.

And how was the romance you say? Well judge by yourself:

Would you go watch my movie? I bet you would!

And yes I cried many times. So what are you waiting for? Just buy it! 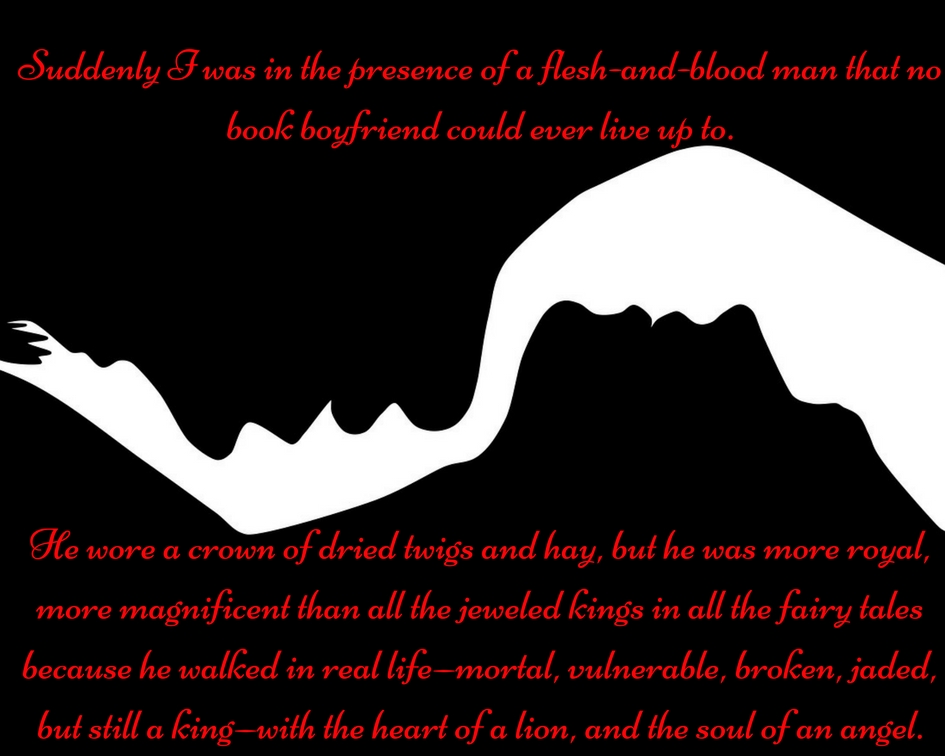 Some more quotes “just because”:

“Suddenly I was in the presence of a flesh-and-blood man that no book boyfriend could ever live up to. He wore a crown of dried twigs and hay, but he was more royal, more magnificent than all the jeweled kings in all the fairy tales because he walked in real life—mortal, vulnerable, broken, jaded, but still a king—with the heart of a lion, and the soul of an angel. “

“He’ll come in when he’s done. And he’ll keep doing it, until one day, he doesn’t need to anymore. It’s what you’re doing too, aren’t you? Miles from home. Mourning your sister in your own way.”

”He wasn’t the only one who had lost someone. I had lost my sister. And by some crazy twist of fate, our paths had crossed—two people with fresh, tender grief, thrown into a hopeless situation, trying to save a bunch of kids when we could barely keep our own heads together.”

“We’re all connected in strange, mysterious ways. Pull a thread here and a life unravels there

“Once in Africa, I kissed a king”

“Then I watch Lily’s videos, and you know what she says to me? That fear is a liar. Don’t let it whisper in your ear. Turn that shit off. Do what scares you. Over and over again. And one day, your fear will become so small, you’ll be able to laugh at it.”