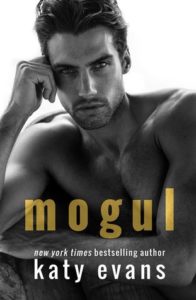 A brand new contemporary romance from New York Times, Wall Street Journal, and USA Today bestselling author Katy Evans.He’s my most delicious secret.
The hot Suit I had a one-night stand with one evening.
I didn’t know anything about him, not even his name.
Only that we shared a taxi, and he was staying at the hotel where I worked.
We met in room 1103. Where he commanded not only my body but my soul.
The next day he was gone and I only had a memory of him.
I could still taste his kisses, feel his demanding touch.
I searched for him for months. Daydreaming about him. Wondering if I’d ever find him.
Until the day I find myself staring face to face with his jeweled black eyes again.
He says lets keep it casual, and my heart knows that falling for this workaholic in a three-thousand-dollar suit is off the table.
Because he has a secret. One that’s a deal breaker for me.
My Suit has a name.
Ian Ford.
And this is our story.

*This book is connected to Tycoon, but it can also be read as standalone.

I was given an advanced reading copy of this story, courtesy of the author but it had no influence whatsoever on my willing and honest review.

Mogul is the epitome of two people finding love when they did not expect nor especially wanted to find it.

Take one hot and sexy but brooding famous producer.

Put them in a cab together.

Let it simmer and witness the heat building up at lightning pace!

My first impression about the book or rather about Sara was “WTH? What a hussy!” The chemistry and attraction was so intense that she “gave it “ to him mere hours after their first encounter.

And we did not speak of insta-love but rather insta-lust.

Then I was ashamed of my reaction.

If it was the man I had followed and witnessed having sex with a woman mere hours after meeting her I wouldn’t have batted an eyelash! How does it reflect on me? I am all for equal rights and yet it seems that I have these ingrained preconceived notions about a man owning his sexuality but a woman needing feelings to have intercourse….

Sara is not a hussy. She does not sleep with everyone. She is a woman going after what she likes and owning her healthy sexual appetite.

She did not expect roses and unicorns after their first encounter. She was not clingy.

Yet she could not forget her hot Suit.

. “I want him to want me; that’s not typically me. I’m usually dreading that they’ll call again, Jen.”

Ian was not looking for a relationship. He is caught in a bad divorce and can’t wait to have the papers signed. Only his ex is far from ready. Driven by his work and true workaholic he has no room for a love affair. But Fate as other designs sometimes…..

Ian and Sara’s romance was sweet, tender but hot! Two people reluctant at love and wanting only something casual. It was heart warming to see these two lovebirds slowly fall in love while trying to deny it was something else than purely sexual.

I liked how Katy made her a modern woman enjoying her body’s needs with being a nymphomaniac either. Sara had a dream and some unexpected turn of events added with Bryn’s friendship made her chase her dream to become a dancer with a renewed fervor.

“You shouldn’t decide for the world, Sara. The world is fickle and doesn’t even know what it wants. Isn’t it better to let others reject you than you yourself rejecting possibilities before even exploring them?”

She is strong, kind, sassy and hard working.

She also was frightened by love based on what happened in her family.

“I’m afraid nothing lasts. Nothing, not even life. I’m afraid of attachment and loss and love and even loss of a love such as dancing.”

Ian is not only a hot bod to lust after (if he looks anything like the cover model that’s no surprise women fall at his feet) but he also is vulnerable inside. He fears being hurt for a second time. He also is “ a good guy”, visiting is grandmother, walking dogs and loyal to his friends and loved ones. Gifted in bed, a little alpha but not too much he is another dreamy book boyfriend.

My only complaint, what would have made me give five stars, was the absence of real angst or big plot twists. You know the “I never saw it coming” element.

That being said it was an easy and light read filled with love and hope. My windows were fogged from the steam going out of my Kindle and if you love heated scenes then you’ll be in heaven as the chemistry was off the charts!

If you are looking for a summer read or a holiday read this would be perfect to read right alongside the pool or at a terrace after a day’s hike.

Have you read it or do you plan to?