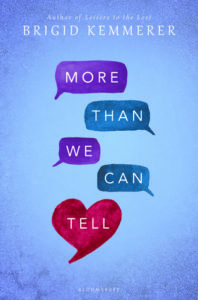 *While this book exists in the same universe as Letters to the Lost, it is a standalone title.*Rev Fletcher is battling the demons of his past. But with loving adoptive parents by his side, he’s managed to keep them at bay…until he gets a letter from his abusive father and the trauma of his childhood comes hurtling back.

Emma Blue spends her time perfecting the computer game she built from scratch, rather than facing her parents’ crumbling marriage. She can solve any problem with the right code, but when an online troll’s harassment escalates, she’s truly afraid.

When Rev and Emma meet, they both long to lift the burden of their secrets and bond instantly over their shared turmoil. But when their situations turn dangerous, their trust in each other will be tested in ways they never expected. This must-read story will once again have readers falling for Brigid Kemmerer’s emotional storytelling.

I became a fan of Brigid Kemmerer when I read Letters to the Lost. I was deeply touched by her realistic writing. She writes flawed characters. They have doubts. They make mistakes. They have weaknesses. That’s probably why they are so deeply moving because everyone could see himself or a loved one or a friend in her characters.

In Letters to the Lost we already get to know some of Rev’s dark and difficult childhood but the spotlight was on his friend Declan.

I could not wait to read Rev’s story and bought the book the day I ended Letters to the Lost. 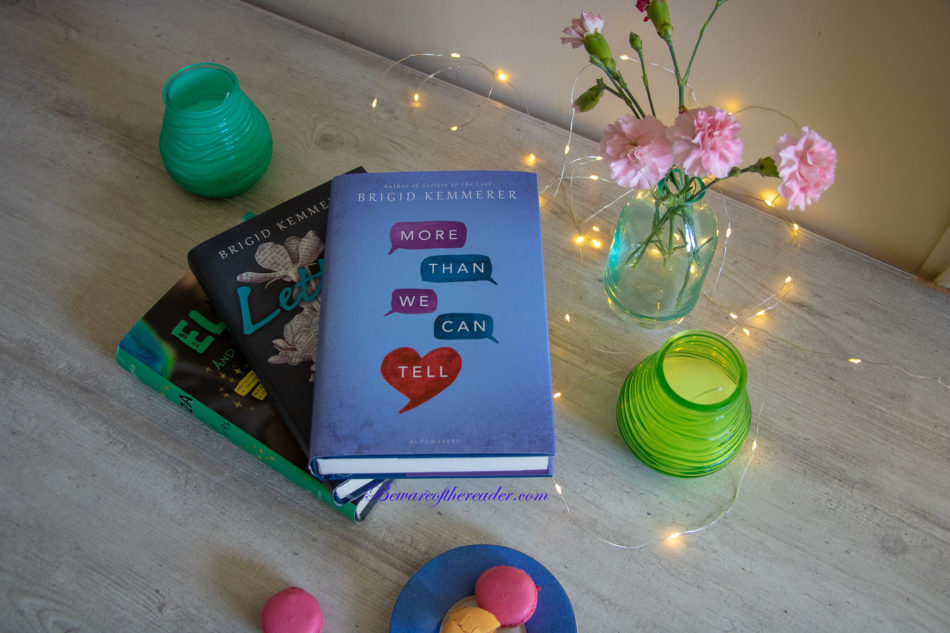 Rev did not disappoint! He was hurt and weakened but not broken beyond repair. Brigid Kemmerer did not spare him any pain. Reading about what he had to endure as a kid was horrifying and broke my heart in tiny pieces. It made his foster parents even more admirable human beings. I could never stop praising them. What they do welcoming kids in need of a foster home is just amazing.

He panicked. He suffered. He felt lost.

When he meets Emma she is also facing a threat.

Emma’s parents are in a bad marriage and she can’t stand the heavy mood at home.

Emma is a gamer but she is also a game designer. Something her dad taught her and something she hopes to share with him one day.

Yet her mom as a pediatrician surgeon sees gaming as a waist of time. It’s not a real job.

Rev and Emma will confide in each other. Getting to know the other better is no smooth sailing though as Emma is a real hedgehog. When she feels unsure or threatened, she lashes and says words to her friends, to Rev that she will regret later but won’t know how to take back or make better.

This is a story about trust. About looking for help when you feel overwhelmed. It’s about growing up and seeing past other’s attitude.

For as much as I loved Rev, Emma often disappointed me.

She was confrontational with her mother, worshipping her father and considering her mother as the enemy while all her mom wanted was to protect Emma. She also hurt her friends when she was insecure. She sometimes hurt Rev being hotheaded and too impulsive. In fact she was being a true teenager and reminded me so much of my own kids!

“We all push sometimes, just to make sure someone is on the other side, pushing back.”

That’s probably why I was so often frustrated and it’s also a testimony to Brigid Kemmerer’s talent because she made Emma REAL! With all her flaws, her dreams, her frustration, her doubts, her anger and her remorse.

Emma was a good girl as she was all remorseful when she realized that she had hurt someone but it took her some time to learn and well…to grow up!