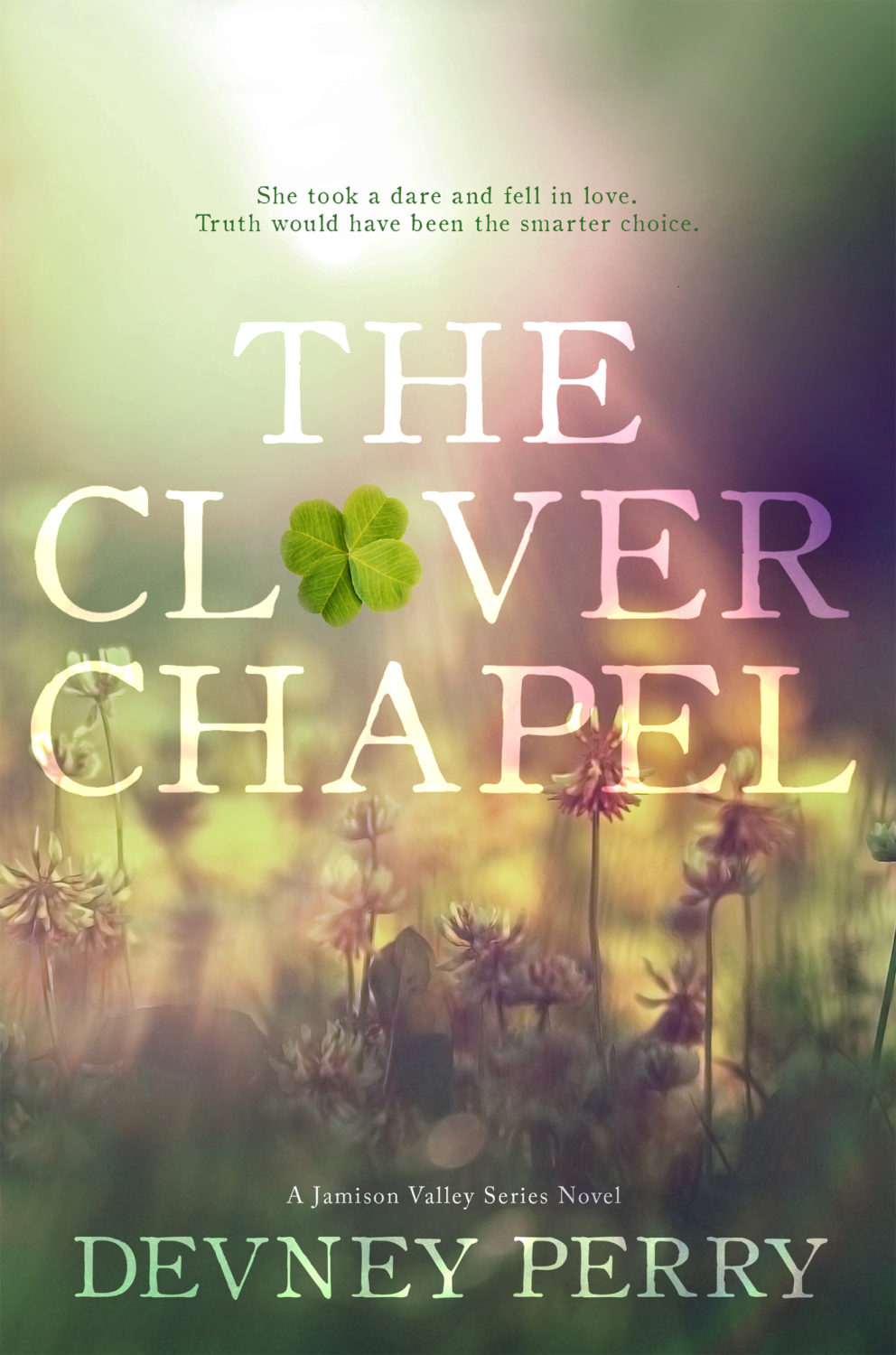 She took a dare and fell in love. Truth would have been the smarter choice.

After years of living under her father’s thumb, Emmeline is ready to break free. She’s abandoned her life as a New York socialite to follow her dream of becoming a kindergarten teacher in a small, wholesome town. Seeing the man that nearly broke her was absolutely not what she had hoped to find in Prescott, Montana.

Nick hasn’t seen his Emmy in nine years, but that doesn’t mean he’s forgotten a thing about the woman he loves. After just one blissful night as man and wife, he gave her up, sacrificing his own happiness to keep her safe—far away from him. But the moment she walks back into his lonely life is the moment he decides never to let her go again. He won’t waste his second chance. All he has to do is win back Emmeline’s heart, keep her safe from the shadows in his past and prove to her that taking a wager on him is a sure bet.

An ARC has been kindly provided by the author in exchange for an honest opinion.

Let’s set something straight first: I fell in love with “The Coppersmith Farmhouse” and I’m now a fan of Devney Perry. I’m convinced she can write beautiful stories with gorgeous characters.

As much as I adored The Coppersmith Farmhouse and think this book is “The Bomb”, I’ve truly enjoyed “The Clover Chapel” but I was not amazed by it. It’s been a really pleasurable read that Devney can be proud of too but just not my personal kryptonite. 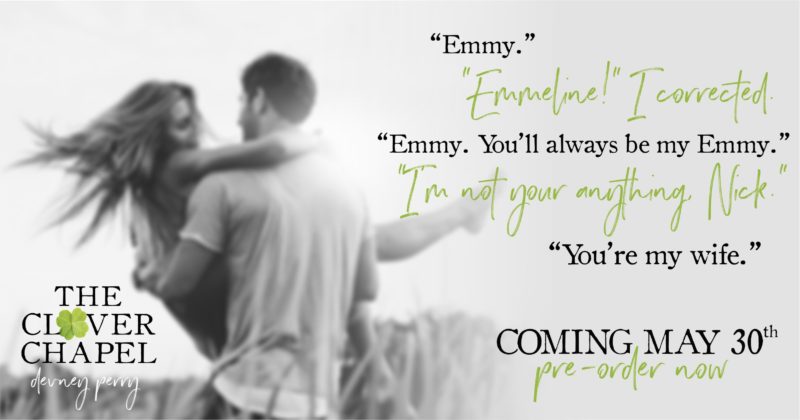 What is this book about?

Similar to The Coppersmith Farmhouse it’s a “fresh start” story

I love fresh start stories because who has never dreamt of beginning again? Choosing a new career, living in another country, etc. all that seems really exciting to me.

In The Coppersmith Farmhouse Gigi was starting a new life in Prescott with her daughter Rowen. Now in this story Emmy is beginning her brand new career as a teacher far from New York and her toxic rich father (he really was a prick!).

It’s also a “second chance” romance. When choosing to settle in Prescott Emmy never imagined meeting her estranged husband Nick. Nick and Emmy got married at “The Clover Chapel” mere hours after having met in Las Vegas. If they got married fast Nick ran away just as fast without leaving a trace. I confess I found Nick a coward for leaving her without any explanation!

We’re now nine years later and Emmy is utterly shocked to meet Nick again. In the meantime she’s got a boyfriend for several years now so the situation is quite complicated.

What should she do? Divorce of course!

She never knew why Nick left her and he owes her that explanation. She needs it to have her closure. At least that’s what she keeps telling herself…

The only problem is Nick. He does not seem ready to let her be free.

As I said I’ve had some issues with the story leading to this rating. In no particular order:

-the whirlwind romance in Vegas I can believe in (I know some of my friends hate insta love and I totally get them but I’m a true romantic and it does not bother me most of the time). What I could not understand was Nick’s reaction. If he left her for a reason we’ll learn soon enough why this change of mind?

And say that I buy his change of mind (and I did after some persuasion) why was he not more “overbearing”? It frustrated me that I had to wait so long to see some big alpha move coming from Nick.

I think it was one of the reasons why I did not give it more stars. I love alpha men. Nick is not a sissy far from it but sorry to say that he does not hold a candle to Jess. That’s unfortunate for this book but Jess Cleary really set the bar high!

-surprisingly I was not truly invested in Emmy and Nick’s relationship. I love being immersed in the love stories, drinking them in big gulps with stars in my eyes. That’s not what happened here. I think the main reason is due to my “sponge” tendencies.  I’m usually soaking up all the character’s emotions so if Emmy was guarded I was guarded as well… Maybe Emmy’s doubts rubbed on me? She never dared to believe Nick would not leave her. She thought she needed something more (not saying what) to truly have the fresh start and true chance she wanted. So even if they dated I was not 100% invested.

-some actions or explanations did not seem really believable either but I won’t give details here as I don’t want to spoil your fun and they were small things in the grand scheme of life.

-Emmy! She is such a sweetie. She cares for her students and did not let her family’s wealth spoil her and turn her in a rich brat. I loved that Emmy had the guts to go against her father’s expectations and embrace her dream of being a teacher. I adored “Teacher Emmy” as she really cared for her students, investing so much that she put herself at risk to help one of them. I could feel she really was a good person.

–the challenges and dares. Nick challenged Emmy, pushing her out of her comfort zone. I only wish I could have had more of it!

– reading more about Jess and Gigi! I love when I can keep reading about characters I enjoyed in past books! I could see how their life together progressed and how Rowen was still an incredibly sweet little girl;

-the small town “feel” with a tight knit and gossiping community set in the rural Montana (gorgeous setting). I always get high reading about supportive community as opposed to all the indifference we’re witnessing in everyday life or the bad news showing up on our screens. This is like a dose of happiness bringing a big smile on my face;

-I loved the ending as it really surprised me. Another similarity with the first book is the mystery. Emmy’s house had been broken several times and we’re always looking for the person behind these breaking and entering.  Here again Jess did not find who was the villain easily. And when we learned who the master mind was I confess I did not expect it at all! So congrats Devney, you did a great job 😉

Get your copy HERE