As I mentioned last Sunday, this week I stayed the whole week homeworking per request of my employer. Everyone at our heaquarter was quarantined as people were back from holiday. They found it more practical with the Corona Virus than sort through who went abroad, who took the plane, train etc and who stayed home.

We managed splendidly, as I knew we would thanks to Skype fo Business. People who don’t blog (most of my colleagues) nor have relatives living abroad are not used to Skype and work on projects through Skype.

As a blogger I am used to collaborate with other bloggers around the world, be it to learn Photoshop (our teacher was in New York, a fellow Student in San Fancisco and me in little Belgium), to set up a Facebook group with my friend in Columbia etc. So using Skype and conference calls was cakewalk!

So I was as busy as when I was at the office and had sometimes five meetings a day, with eight people talking through Skype or even a phone conference with London!

Technology is magic (when it works).

What’s in store for the next weeks?

I’ve been asked to cut each of my teams in two. One half will go the whole week next week at the office while the other half will work from home. On the weekend, the office will be disinfected. And the second week, the teams will shift.

As the boss, I am leading by example and will be at the headquarter the whole week next week.

Needless to say that it was tricky cutting the teams while trying to consider family obligations (divorced parent who has the kid once every two weeks and must finish early), colleagues who went abroad and needed to be quarantined, colleagues who will go abroad this week etc.

But we did it!

I have no idea if this will do the trick to help contain the contagion but at least we are doing something.

Train filled with sick people here I come next week!

Too Many Sick People GIF from Toomanysickpeople GIFs

Now the other news in my title is about my friend who signed a contract with a French publishing house (that I won’t name) for her first book.

I told you I’ve been working with her for three years on and off helping with her book (mostly off these last years) but she told me she had found a publisher. I recommended that she ask if they would help her bettering her book as, in my opinion, it was not ready yet. They told her yes, that someone would help her so, she signed.

She sent them her seventh version and waited for their feedback. Well it seems that they won’t do anything!

What should she do? She is now calling in her mom’s help to spot any remaining mistake (grammar etc) and asked me if I could help again. As she has a time slot of ten days to send it back I could not go through 300 pages in ten days while working, blogging etc.  So we decided that she would send me passages she thought needed the most work and I would go through it!

This seems to work quite well but she made me write my first graphic sex scene ever!!!!

He He GIF from Toddlersandtiaras GIFs

She had written it but she was “half in, half pussy footing” if you know what I mean.

So I decided that either we go for “fade to black” and it had to be softened a lot but if she wanted to be explicit, she had to “go all in”  (it always feel better to go all in, pun intended 😀  ). Soooooooo I opened my computer and wrote something worth of romance stories with HAWT sex scenes LOL.

Now SHE will have to talk about it in interviews, not me *add manic laugh*

In all of these bailing from the publishing house and me helping her, be it to track inconsistencies (easy), or rewriting whole passages, spotting what was not working etc. I realized that I could work for a publishing house after helping many authors for years now.

So that’s very good for my ego .

Other information about this week: I have again tons of reviews to write because I did craft again! My latest creation is meant to be a gift for an author I am following for years now and inspired by her latest heroine: Andromeda from Reckless Times.

See the cover and now the pop! I made one for Michelle Hercules and one for me. 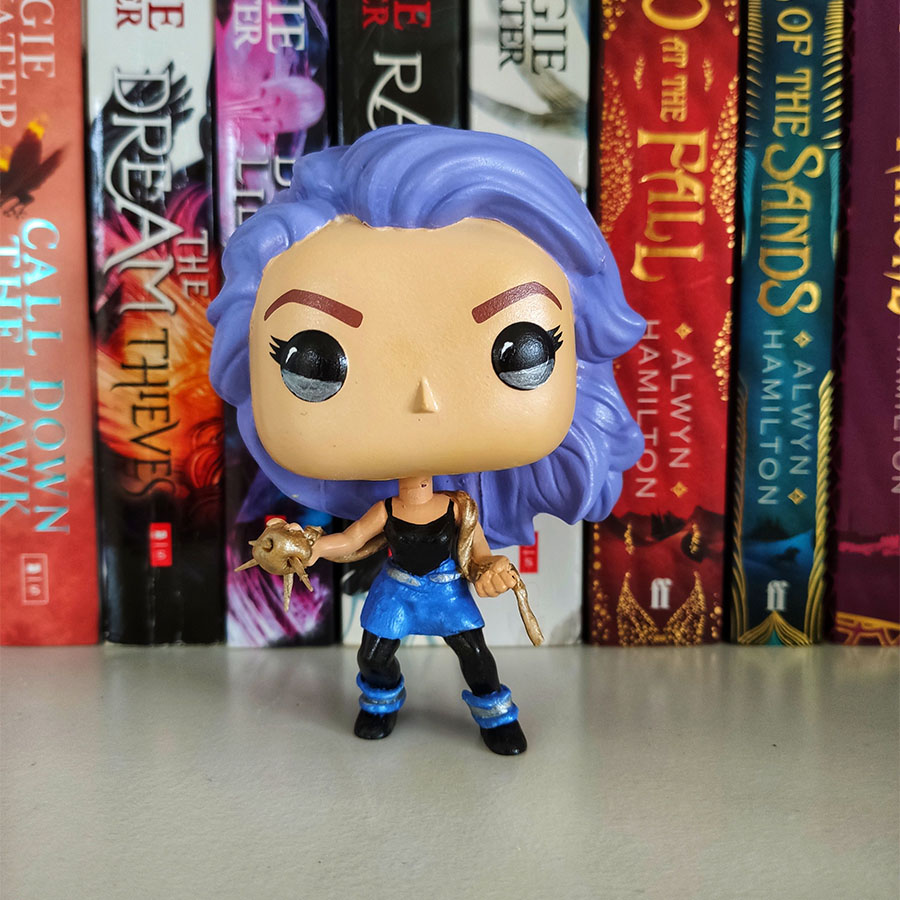 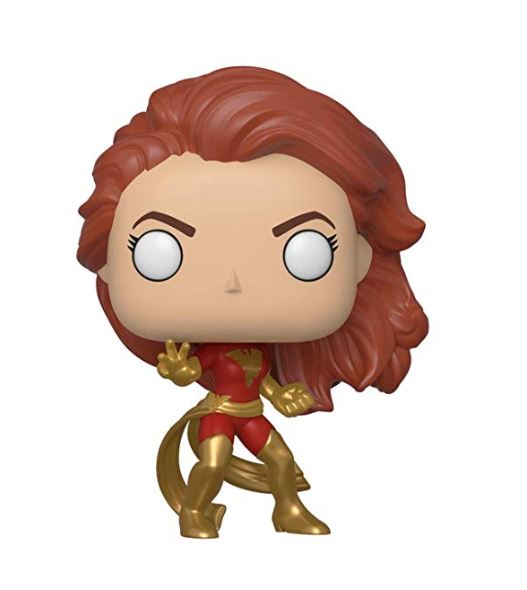 I ended up using clay to mold a form fitting the hole. I added a skirt, thought that adding some kind of legwarmer or big socks would make her look young and trendy cool. I had to find something for her weapon: a chain with kind of a spiked ball. So again I worked with clay. I am very happy with the end result.

And last but most AMAZING news of the week: I’ve got a new logo!

This has been specifically designed by the very talented Allarica and she really outdid herself! I don’t regret any cent I paid for it as I am in love! Doesn’t she look kickass? And for those wondering what book she reads …it’s a book of spell of course! 😀 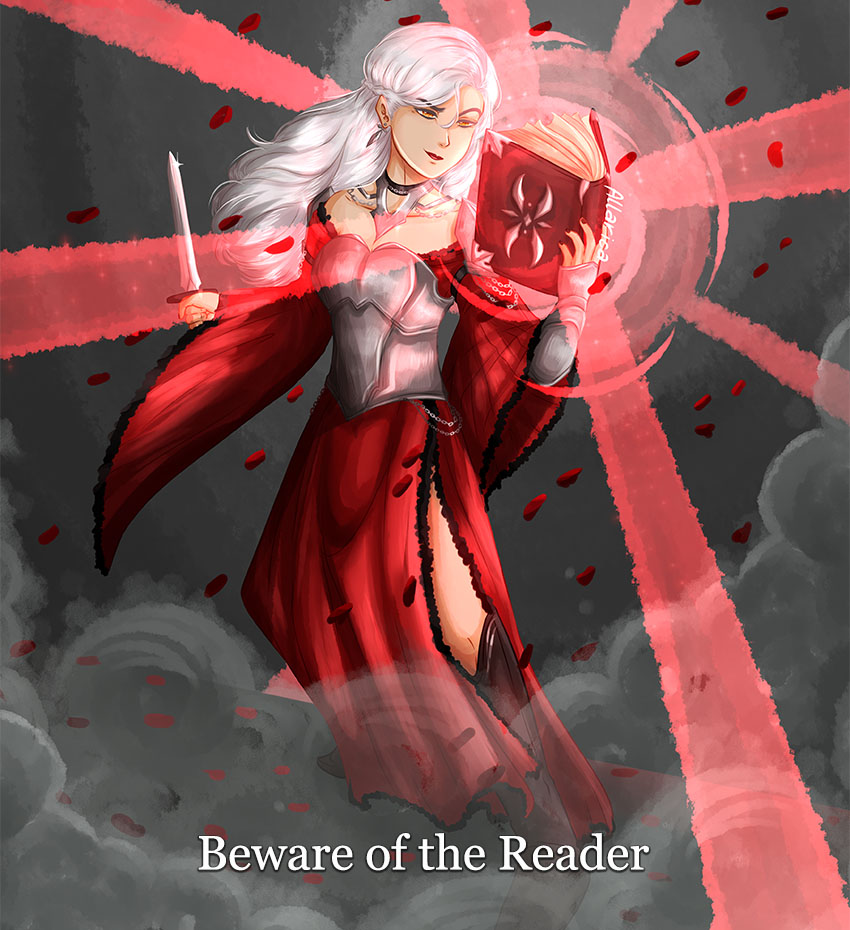 I have read four books but only reviewed two (hopefully I will have time to write both reviews today and schedule for next week AND write a March TBR). None were five stars as I seem to be in a bit of a funk these last weeks…

The Guy in the Middle by Kate Stewart was a 4 stars, entertaining and well written romance.

The Secrets We Kept by Lara Prescott was an audiobook for my #AudiobookChallenge2020 and was kind of a let down. 3 stars.

As men (read Lashaan from Bookidote 😉  ) asked for a Let’s Meet your Next Book Girlfriend (and not only talk about book boyfriends) I wrote something about my favorite heroines!

And the Top 5 Tuesday was about authors with names beginning with A to E but I wanted to make it fun and created a battle of authors with some amazing teams! Next week if I have the time, I’ll try to add what kind of book each team would write . 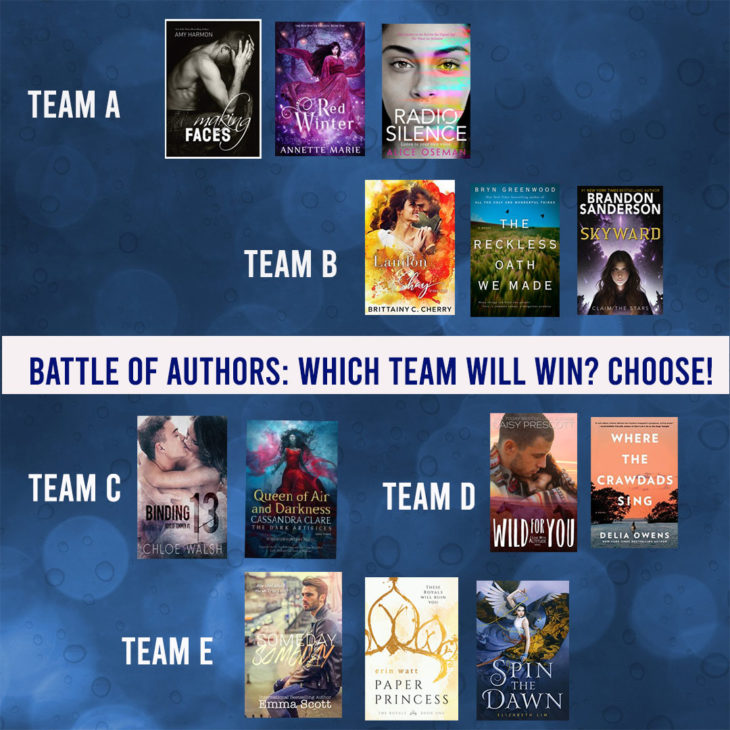 On the blogosphere and in the literary world

On Epic Read you can test how long you would survive in the wilderness. Click on the graphic below.

“You’d survive for: 2 weeks. You tried so hard to survive, but an infection from that nasty fall really slowed you down and you perish just a few feet away from the trail. RIP.”

That’s it for this Sunday! How was your week? Anything interesting? I will now write these reviews and post before blog hopping to find you posts!