4,5 “flawed but so emotional” stars 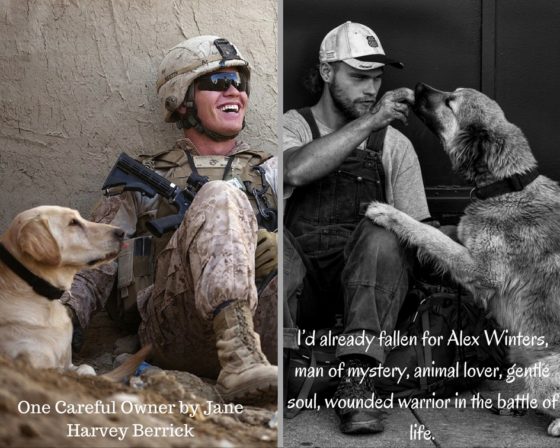 Alex is lost and alone, with only his dog, Stan for company. He doesn’t expect kindness from anyone anymore, but sometimes hope can be found in the most unlikely places. He has a second chance at happiness, but there’s a dark side to Alex, and a reason that more than one person has called him crazy.

Single mother Dawn is doing just fine. Except that her ex- is a pain in the a**, her sister isn’t speaking to her, and her love life is on the endangered list.

At least her job as a veterinarian is going well. Until a crazy-looking guy arrives at her office accompanied by an aging dog with toothache. Or maybe Alex Winters isn’t so crazy after all, just … different.

Dawn realizes that she’s treated him the same way that all the gossips in town have treated her—people can be very cruel.

I loved The Traveling Man by Jane Harvey Berrick and I love animals, dogs in particular so when I got her newsletter  about “One Careful Owner” I just “one clicked” immediately.

This book is not perfect or smooth all along but it has feelings in spades. The story is bumpy and rocky with parts that could maybe have been better in my biased opinion (some cliché but hot first scenes ) and other moments that were so beautiful and heartbreaking it more than made up for it. I cried and cried… for the man and for the dogs. So if you need a good cry you should seriously consider reading this book.

Above all else I loved how the main male character was flawed and unconventional.

I’m a real sucker for damaged (but hot!) heroes. You know the misfits or those battered by life and left on the side of the road all alone.

Well Alex is scarred and broken. The first time Dawn spotted him his appearance was so forbidding he sported the “serial killer in the woods weird” look: long hair, unkempt beard, old clothes, grunting and carrying an ax. . He’s got his share of misery and problems in the past and is suffering from a speech impediment. People are rebuked by his aspect. Truth be told he is vulnerable and lonely.

“It took him three tries to aspirate the word, and a sudden ache twisted my heart. My new client wasn’t rude—he had a speech impediment. A severe one. My heart softened as I stared at this rough-looking man. Then his gaze dropped to the floor, unable to meet my eyes. But before he looked away, I saw pain and frustration as well as humiliation. Was it always so hard for him, or was it me? No wonder he hid behind his long hair and straggly beard. How lonely that must be.”

Alex can also suffer from mood swings and he could be unstable to some extent. He is like some kind of time bomb ready to explode given the right trigger. Many times in the book he went from caring to frustrated and angered just to be sad right after. Alex was unpredictable but he also was the sweetest man with animals and kids. He broke my heart so many times! I wanted Dawn to go for him. I wanted him to be happy…

I HATED when he was rejected by others. Alex reminded me of Archer and Ehd to some extent. Lonely, vulnerable, flawed but such a beautiful soul.

Of course with such mood swings and past he did not seem to be a good idea for a single mom trying to do her best to raise and protect her eight year old daughter. But Dawn couldn’t ignore how he took care of his dog Stan and saving every injured animal. A dog and animal lover can’t be a bad person, right?

Dawn’s heart and brain were at war. She wanted to make the good choice for her daughter. Her brain told her to be sensible. But her heart thought Alex was worth taking a chance. What should she choose?

“That’s the thing about being sensible, responsible—it assumes that emotions should lose out to rationality. But is that the right thing to do? Who ruled that emotions are less important? Who said that reason weighed heavier in the evidence? Since when is the head mightier than the heart? Love is not love which alters when it alteration finds.”

Now be warned there is back and forth between these characters. I was conflicted as I loved Alex so much and wanted to shake some sense in Dawn but being a mom I could also understand her reluctance.

I also loved Stan’s intake. Yes we got the dog’s point of view in this story and I had some smile or good laugh reading about the “dog”s thoughts. Among other pearls:

“I sat outside, enjoying the sun on my fur, and the scent of the rich dirt. I licked my balls thoughtfully. I was very proud of my balls—they were large and shiny and swayed pendulously when I walked, a punctuation mark against my sandy fur. I paused to stare up at the boss, my chocolate eyes sympathetic. Maybe if he could lick his own balls, he’d be happier.”

We’re also reminded of some important things in life.

-The first one: don’t judge a book by its cover. Dawn’s first impression of Alex branded him as a vagrant and trespasser. She was not alone in her belief and Alex went through some humiliating moments because he looked different. I just was ashamed for this police officer but also revolted by the way authorities can treat someone unconventional. I swore not to be judgemental.

“Then Mr. Winters started typing again. CAN WE GO HOME? Any thoughts of laughter drained away. He sat in the chair, his shoulders slumped, his left hand rhythmically stroking Stan’s head. He was seeking comfort from the one creature who truly understood him. Tears stung my eyes. We must have all seemed so callous to him, vindictive even, accusing him of trying to hurt a little girl when all he’d wanted to do was save those tiny kittens.”;

-Second: you can make mistakes, you can be so low as to nearly self-destruct but everyone deserves a second chance. We’re human hence we’re meant to make mistakes.

-Third; you have to forgive. Yourself and others. If you don’t you’ll be miserable. There is freedom in forgiveness, be it for what you did in the past or a sibling that hurt you.

So would I recommend this book? In a heartbeat! If you loved Archer by Mia Sheridan, Transcendence by Shay Savage, Waiting for Wyatt by SD Hendrickson or Torn by Carian Cole I think you’ll love this one, flaws and all.

Now just for fun, my very own (less imposing) Stan ♥ 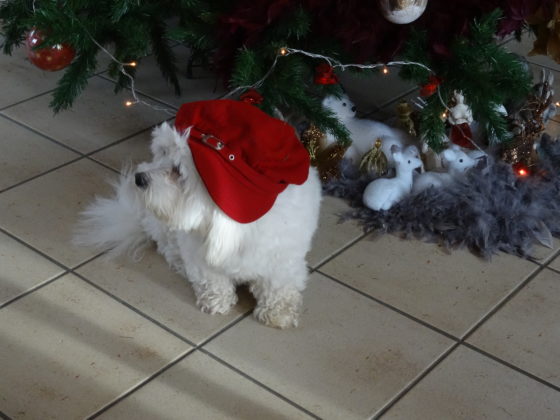 Just stay tuned as a giveaway is coming => hop on my FB page! I want some other happy reader to enjoy this book!