On my fourteenth birthday, I was promised to a very wealthy man… A domineering man. A powerful man. On that day, the first of two transactions were made with my very unloving parents.

Although promised to this man, I at least remained safe … untouched … pure. I was to be his and his alone.

On my eighteenth birthday, the second transaction took place.

And, as if all of that wasn’t enough, he wants to own my heart too.

I’m trying to resist him—trying to fight that irresistible monster inside of him. But, as with everything else in my life, nothing is ever that easy. 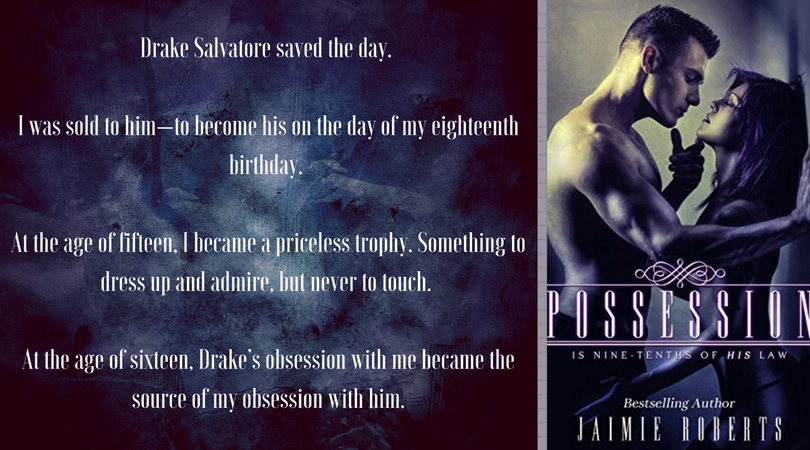 She did it again! Made me want to throw up in my mouth, disgusted and horrified by some passages I was reading and yet I was unable to stop reading. I’ve gripped my Kindle so tight for hours my fingers turned white.

Jaimie kindly gave me Possession to “read at my leisure” as she is a doll (even if she writes like a possessed woman) and knew I’m burrowed deep in ARCs trying to keep up with my reads and blog. Do you think I waited to read this one? Nope. As soon as I stopped reading my previous book I dove in. Not having a clue what this book was about because I had not read the blurb.

I just know I can trust Jaimie to shake my world every time. And God did she push me out of my comfort zone once more! I thought with Siren I had reached my boundaries but boy was I wrong!!!

Fair warning for my messy friend “D”: don’t read this book or you’ll go ballistic! A nuclear explosion will be kid’s play compared to your reaction. This is not a book for you or I fear for Jaimie’s safety (kidding here I know you would never touch one of her hair) but seriously this is just so wrong and twisted!

Now for you dear readers lovers of dark reads you’ll absolutely will worship this book!

You want it dark? Well Jaimie will give you darker. My soundtrack when I was reading this book would be this glorious song by Leonard Cohen: You Want It Darker    .

Now for the story: Evelyn has always been neglected by her parents. She lives in a big house with strange and threatening men visiting her parents from time to time. She’s twelve when she meets some of them and their salacious stare make her shudder with disgust. She’s just a child but she feels it’s all wrong.

Until the day she meets Drake Salvatore. His father is eager to please him and she feels an instant connection with this huge and powerful man. We’ll never be told what Drake does exactly but we can guess he is dealing in illegal stuff. He is feared by everyone and always has bodyguards with him.

From the first time he sets his eyes on Evelyn Drake will be her constant protector. When she had to hide in her bathroom because one of the evil men was at her house he came like a knight in shining armor just to save her.

Now things get complicated as for her own protection he’ll buy her from her parents.

Yes, you’ve read it right: he’ll but Evelyn from her despicable parents because she is HIS.

You have so many things twisted and wrong in this story:

-the Protector is also battling an army of inner demons. He is a monster. A real monster. I wanted him good. I hope him good and yet…;

-Evelyn will rattle her cage as much as she can but at the same time Drake compelled her. It’s not a love/hate relationship but her feelings are very conflicted. And mine were as well;

-the age gap. She was twelve!!!! This is so wrong and yet Jaimie will not make it right exactly but understandable by the end. Don’t start me on how she’ll do it I never understand her magic. She always plays with my beliefs;

-the say in the matter Evelyn never had. She’ll be treated like an object, a possession. Drake will be a monster with her. I won’t give details but it was so wrong and yet once I’ve had his side of the story I had no other choice but to forgive him. And that’s really twisted because I would never do it in “normal life”; 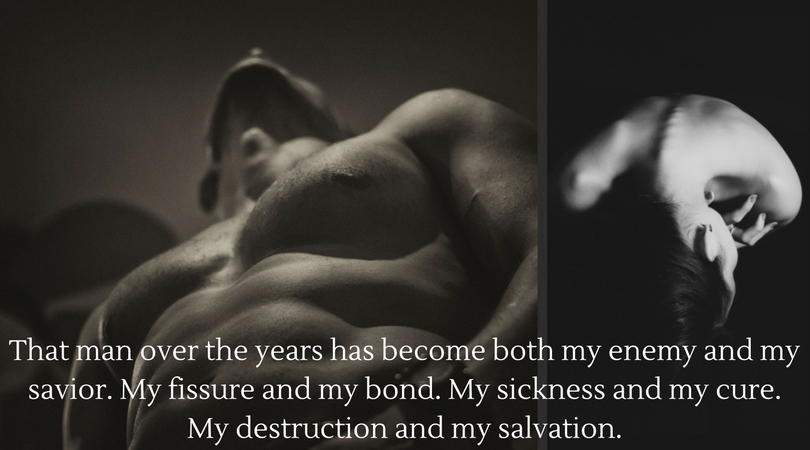 So Jaimie, you won once more. You’re the Queen of Dark, Twisted but I-can’t-put-down stories.

Would I recommend this book? Absolutely not if you don’t like dark, very dark reads. Pass your way this will not be your cup of tea and you’ll end up resenting Jaimie. It would be pointless. But it will be a BIG RESOUNDING YES if you love it dark twisted and violent.