If you can only stand badass heroine fighting alone…

This book will not be for you.

If you love big tattooed and scarred males, muscles bulging and fighting for their life, ready to kill anyone threatening their female.

If you can commiserate with a female having lived her whole life as a sex slave, never knowing anything else and being just a toy to other males…

THEN you’ll be a happy reader!

Stolen by the Arziani Georgian crime mob as a child, 152 was raised and conditioned to be a Mona—the most subservient of the Arziani Blood Pit slaves.

Gorgeous and kind, she has been and under the imprisoning influence of the Type B drug and under the command of the Blood Pit Master’s sister, Mistress Arziani, for most of her life, until the Master calls her back home to Georgia.

He wants her under his total control, and Master always gets what he wants.

But when 152 is gifted to the Blood Pit’s fearsome champion death match fighter as a prize, 152 suddenly finds out that the men who appear most brutal, may just own the kindest hearts. And love may be found, even when living in hell.

Freedom, family, love, 152 will have to fight for what she wants and ultimately make an impossible choice. 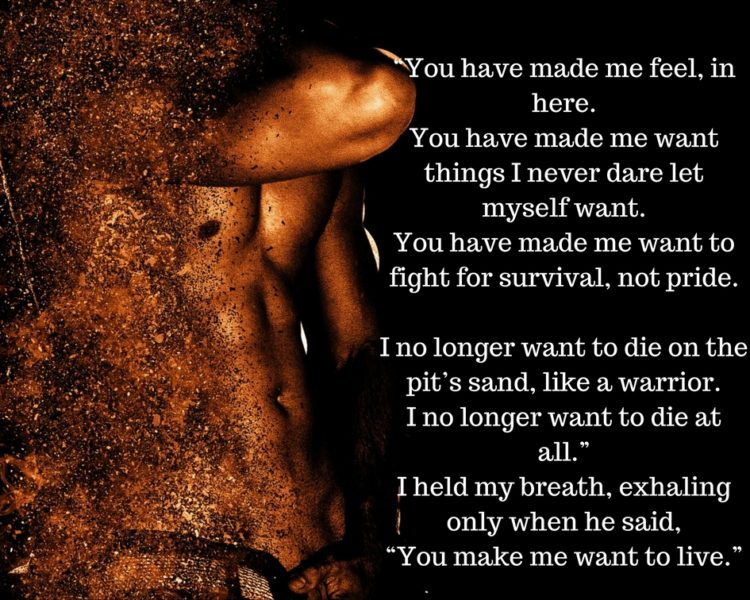 This is the fourth book of this series. I’ve read the first two books so far and will tackle the third one as soon as I can.

I must confess this one was the hardest to read. The female 152 in this book is drugged to feel the need to have sex. And she is used and abused by Master. That was really hard to read at times. As a woman I could easily relate with her.

901 has been abducted as a kid. He is orphaned and has no memories of his life “before”. Here he is Master’s champion. Pit of blood’s Pit Bull.

“Because I was the Russian Pit Bull. The collector of souls. This was my domain. The Blood Pit was my arena. And I’d fight until the end.”

Alone. Always alone. He does not want to have feelings for others. It makes you weak and Master can dominate and manipulate you. The last think he owns is his pride and he’ll never truly bow to Master.

Master Arziani is insane. He must be bipolar hitting Inessa one moment and kissing her the next. He sees himself as a modern emperor.

“I am the only male on the planet who has this as his kingdom.” He gestured with a sweep of his arm, then continued, “A Caesar for the modern age. An empire built on strength and skill. A gladiatorial Rome right here in Georgia. An arena where we root out the gods from the men. The arena where my word is law, where lives are saved or taken by the simple flick of my wrist.” So they’re plotting and preparing.

Master is also obsessed with 152 who is Inessa, Valentin’s sister (you have to read the other books to understand all, sorry guys). He’s made her his High Mona and is really possessive with her but completely deranged. The poor girl was beaten , abused and then kissed. Try to stay sane!

Inessa is a gentle soul. She is gorgeous, shy and generous. She is not the kind of heroine fighting and kicking because she’s been conditioned to be pliant. And she needed to obey if she wanted to survive.

I can’t say that’s my favorite kind of heroine but I could totally relate with her and like her.

901 on the other hand is my kind of hero. I’ve a soft spot for powerful alpha male and he checked all the right boxes.

There is no complicated plot. This is not the book’s purpose. What’s taking center stage is 152 and 901’s relationship. And it is just moving.

They are two lonely souls “not free” never hoping to find something beautiful in this Hell. And yet together they created happiness.

“901 froze, then with watery eyes, he repeated. “Happy. Together, we make happiness.” I smiled. I smiled freely and uncaged.” 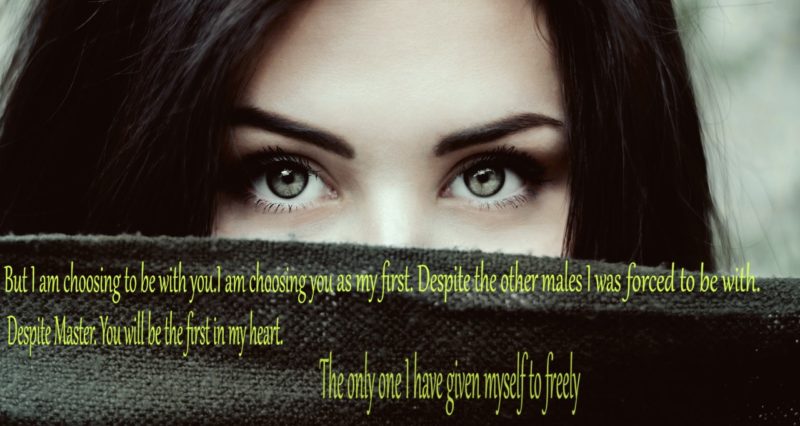 Of course it’s not been a smooth sail, far from it. 901 will resist 152’s appeal as he knows Master wants to play with his head gifting him the gorgeous female. He does not want to surrender his pride. But when he’ll fall for her and get his first loving touch… I was all teary eyes. I know I’m a big baby sometimes but yes my heart broke for the lonely male. It’s 100% cliché but it worked perfectly well.

“But I am choosing to be with you. I am choosing you as my first. Despite the other males I was forced to be with. Despite Master. You will be the first in my heart. The only one I have given myself to freely . . . with no drug forcing my hand.”

152 and 901 are not the only main characters in the story as Valentin, Zaal and Luka still want to rescue Inessa and eradicate Master.

You’ll just have to read it. No telling!