As some of you may already know I’ll be headed in a few hours to London to meet some of my favorite romance authors!

This will be my last post befor Monday afternoon. Please be understanding as from now I’ll be quite radio silent but I promise to tell you everything about it next week. My liking and commenting on your posts will probably be sparse if not inexistent till Monday! 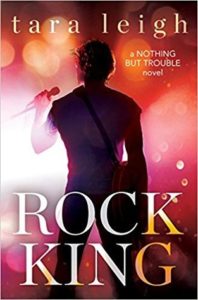 Fans of Kristen Callihan and Kylie Scott will scream for this sizzling bad boy rock star romance!I’m not who you think I am.

Shane Hawthorne has it all. At least, that’s what the headlines say about me. I have millions of fans, awards, more money – and women – than I know what to do with. But what you don’t see is the wreckage I’ve caused. The memories and pain I can’t escape, even when I pour them into music and spin them into gold.

I tried to forget. To lose myself in booze and groupies. It didn’t work. It hurt me and – worse – it hurt my band. That’s the last thing I want to do, so I’m cleaning up my act… starting with Delaney Fraser.

Gorgeous, smart, drama-free, and even nice – Delaney is the perfect “girlfriend.” When I’m with her I don’t have to pretend. It’s like she sees the real me. And I can see a future with her. But that’s dangerous. Because the truth is, Shane Hawthorne doesn’t actually exist. He’s a shield to hide who I really am. Fraud. Runaway. Addict. Murderer.

And it’s impossible to love a lie, right?

Firs I want to thank the author for giving me this book. It has no influence whatsoever on my rating.

Let me say something already: I’ve read this book after having finished a monstrously powerful book and it was a disservice to this story. It’s really difficult to come right after a phenomenal read.

What is the plot and who might love this book?

The plot is a classic trope of singer rock star plagued by demons and hiring a “fake” girlfriend to keep groupies at bay and keep him in line. Said “girl friend” has her own demons and need the mone paired with another promise dear to her heart.

Shane has been battling with addiction for years. Alcohol, drugs and sex. He knows that he can’t lose his status as it’s protecting him from a dark and dramatic past that we’ll discover later.

Delaney has her own secret, her own guilt and wants really badly to help her father.

Instant attraction. Delaney fights it as she does not want to be discarded with a borken heart later.

If you love these tropes with really attractive heroes but harboring deep secrets and thinking they don’t deserve love then you’ll love it.

Why didn’t it work for me, book hangover aside?

Well I had a problem with the author’s writing. Not that she did a bad job but her style was not my cup of tea.

When I read :”Shane raked a hand through the famously rugged hair that framed his face like a lion’s mane. Paired with his luminous topaz eyes, he bore a vague resemblance to Mufasa, surveying his domain with a wary kind of confidence. When Rolling Stone proclaimed Shane Hawthorne the new King of Rock, they had definitely gotten it right.” I think it’s overdone.

Overdone as in less adjectives and exaltation. Don’t describe the hero. Make me feel him. Make me taste what he eats. Make me feel his sweat crawling between his ribs after a concert. This is the Showing vs Telling.

Don’t tell me what he looks like. Make me experience it. Show it.

As a result I never really connected with the characters. I got that their pas was sad but I wasn’t sad. It wasn’t my emotions.

Now as I said it’s a personal taste and this book is getting many good reviews so I would advise you to try it. Or try a sample and see if it floats your boat.

I’m only one reader in a sea of millions. One small fish in a vast ocean.

Have you read it? Did you undrestand what I clumsily tried to explain about the writing?

Thanks for reading once again!