If you can’t stand high school romance between the nerd and the jock spiced with mystery, this is not for you. But if you love these stories where you can immerse yourself in high school drama, relish witnessing battles between the nerdy school newspaper journalist and the hot blond muscled football player and enjoy a good mystery then, just buy some popcorn and let the show begin!.

Kimberly is 17 years old and had a very bad day, beginning with her broken school bag and followed by a white shirt being soaked in coffee when one of the school jerk (aka football player), Owen, bumps her elbow. Do you think Owen would care to apologize? Noooo, of course not.
Determined to have her revenge, she’ll dump her (cold) spaghetti plate on his head at lunch. Owen can’t believe she did it and, for the love of God, can’t fathom why she did it.

Did I hook up with Kimberly and forget about it? I immediately dismiss the idea. I would never hook up with the blonde in front of me. She is a crazy bi@ch and condescending as f@ck”

This is not the end of bad karma for Kimberly as later in the day her assigned project partner in English class is none other than Owen… Just a day in Hell for Kimberly.

To say these two don’t mix would be an understatement. Kimberly is known as The Ice Queen and she sees Owen as a dumb jock. 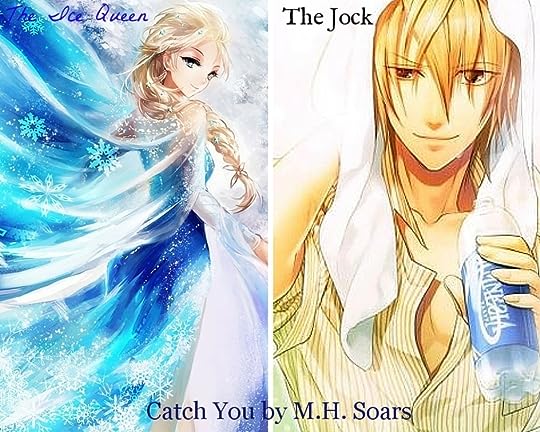 Forced to work together, Owen will soon realize the Ice Queen is really hot. He can’t put her out of his head while Kimberly is determined not to succumb to his charm and gorgeous muscled body. Their banter and game of “I want you …not” is only the first layer of the story as the most important part of the book revolves around a mystery to solve in order to save the cousin of Kimberly’s best friend.

Honestly, I did not expect the mystery factor and I was delighted to discover this was not only a high school romance. I also loved how the author chose to depict her “typical” characters (nerd/jock) and grace them with some unusual character traits or hobbies, hobbies I would not expect from the hot football player. Kimberly was a nerd but not a shy one nor was she shunned by other students either as it often happens in other novels. She also had a peculiar view of sexuality for a 17 years old brainiac. It was a fresh and interesting perspective and coupled with the mystery factor, a winner in my books.

I read this story in one sitting, not overwhelmed by emotions or angst but with a huge smile plastered on my face. It was light, it was funny, well executed and highly entertaining. My only complaint? It was too short. Kimberly and Owen worked so well together I would have loved reading one more chapter about the “after ordeal” before the epilogue. I also loved reading about Liv’s great sister as this novel could be seen as a prequel to Wonderwall. I really hope I’ll read more about Kimberly and Owen in another of the “Love Me I’m Famous” book.