Third day of my “I gush about Suanne Laqueur”s week. This Top 4 Authors Challenge is being organised by Collector of Book Boyfriends and by Totally Bex!Today’s topic is favorite male character.


Suanne is one of the rare female authors writing fantastic male POV so the choice is difficult BUT my favorite of all this far is Javier Landes. 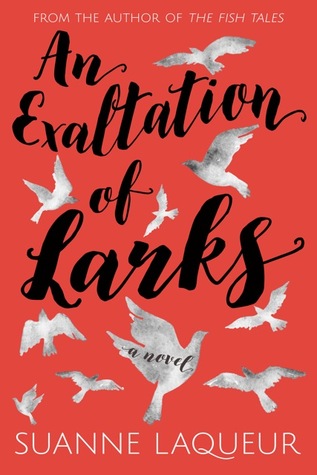 We met him in An Exaltation of Larks.

Javier or Jav will be rejected by his family and his community after he fooled around with another teenager. They were both drunk and hidden feelings came to the surface. He’ll be thrown on the street and will only be saved thanks to a teacher. Forced to earn his life really early he’ll soon be spotted by an older woman who saw his potential as a mal escort.

Yes I know it seems seedy when I write this as I don’t have Suanne’s talent!

I can assure you that it does not feel cheap or disgusting in the story even if his night job is …officially frown upon by most law abiding citizens.

Jav is not only a hot bod. He is smart, charming, generous and really good with words. His head is filled with stories he’ll soon write and publish becoming a very successful if anonymous author.

In “An Exaltation of Larks” he “wormed” his way into Val and Alex’s lives. They were supposed to be the main characters and at the beginning I was “but what is he doing in this story?”. Then….

Well let’s just read back what I wrote about him at that time:

“I loved Alex and Val but Jav really broke my heart. I just wanted to embrace him and soothe his soul. He had so much hope just to be squashed in the bud. How many slaps and hard knocks can a man endure before losing himself and crumbling under life’s unfairness? He was my favorite.
I thought he was a disturbance in the beginning. I wanted to follow only Val and Alex’s story but he soon hijacked my heart. I think Mrs Laqueur you’ve been really hard on him and you tore my heart off so many times! I swear if you send me Jav under bubble wrap I’ll take good care of his poor soul and neglected heart. 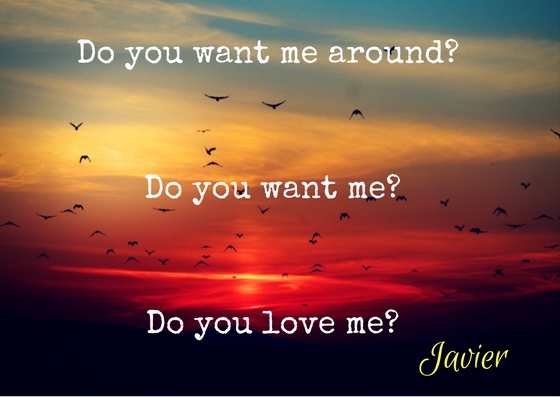 Suanne Laqueur proves nothing is black or white, even topics you’re certain are wrong or taboo. She is shaking your beliefs, moving you out of your comfort zone not with brute force but with feather touches here and there. Who would have guessed I would have rooted for a male escort. Found his profession perfectly “honorable”? Would have been nearly ready to support this attraction? Me the “straight laced” girl?”

This could be Jav reading on a Sunday 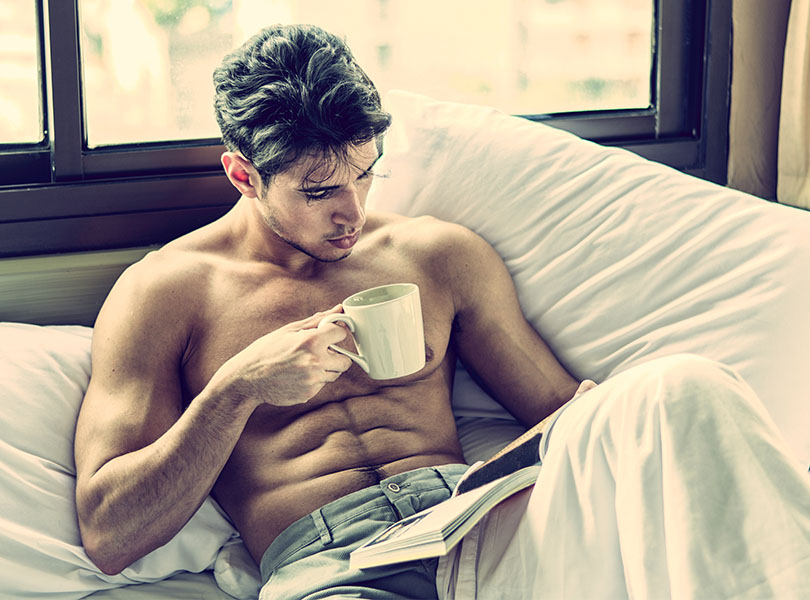 By the end of that book I begged Suanne to give Jav his happy ever after. I don’t know if she listened to my and many other readers pleas or if she had already planned to write the second book but Suanne gave us “A Charm Of Finches” Jav’s time to shine again.

Now do tell me who is your favorite male character from one of yoru favorite authors?