Founded two centuries ago by a powerful tribe of Gottwa Indians, Rowan was a quiet town, so quiet that I fled after graduation. Staying away was the plan, but Mom died suddenly.

Dad said she suffered a stroke after she dug up one of the ancient graves in our backyard, which happens to be the town cemetery. Creepy, I know. Creepier still, there was no corpse inside the old coffin, only fresh rose petals.

As we made preparations for Mom’s burial, new people began arriving in Rowan, unnervingly handsome and odd people. I begged them to leave, but they stayed, because their enemies—my ancestors—were beginning to awaken.

I had never read anything written by Olivia Wildenstein but this book won’t be my last, beginning with the second book of this series! I love her writing and the tense undertone she’s conveyed throughout the story. Her plot is solid with new characters and secrets added progressively all helping to make me read page after page.

I must confess I was first attracted by the pretty cover. I love gorgeous covers and this one fits the role perfectly. Then I read the blurb and it seemed right up my alley. I love PNR/fantasy and this one promised ancestor’s awakening. Why not give it a chance?

Now I can say I’m a really happy reader as this book had so many ingredients I’m looking for in PNR/Fantasy stories:

-mysteries and secrets. You’ll have them aplenty beginning by who Catori, our main female character is. She’ll be the first surprised.

-different fantasy characters (I don’t want to spoil the book so I’ll stay mute on this point) and a developed universe revolving around a quiet small town;

-the writing creating a tense undertone. The story was creeping up on me, leaving my shoulders tense with fingers gripping my book;

–strong characters, well portrayed with some “meat” around the skeleton;

–steady pace. You’ll have adventure but you can breathe between one drama and the next. It’s never boring and the pace is just right for this story.

Catori, our main character is certainly not a doormat nor will she win the contest of any Southern Belle. She is opinionated, strong willed, wary and has built walls around her heart. She can be fiercely protective of her loved ones but she does not love easily. Smart but also reckless at times she has many contradictions: loving fiercely but not willing to be tied yet; mistrustful but following strangers. As she said:

“ I decided I had a serious problem with self-preservation. What had happened to the Catori who prided herself on being street smart? Maybe that was my problem: I didn’t seek gratification; I sought thrills. And apparently putting my life in strange men’s hands thrilled me. I was seriously deranged.”

When her mother died a whole new world opened up to her. She was as rational as you can be and what will happen next turns her world on its axis.

She will face everything head on and will adapt to her new reality. Every ordeal will be a blow to her soul but she is determined to protect her father and family at all costs. 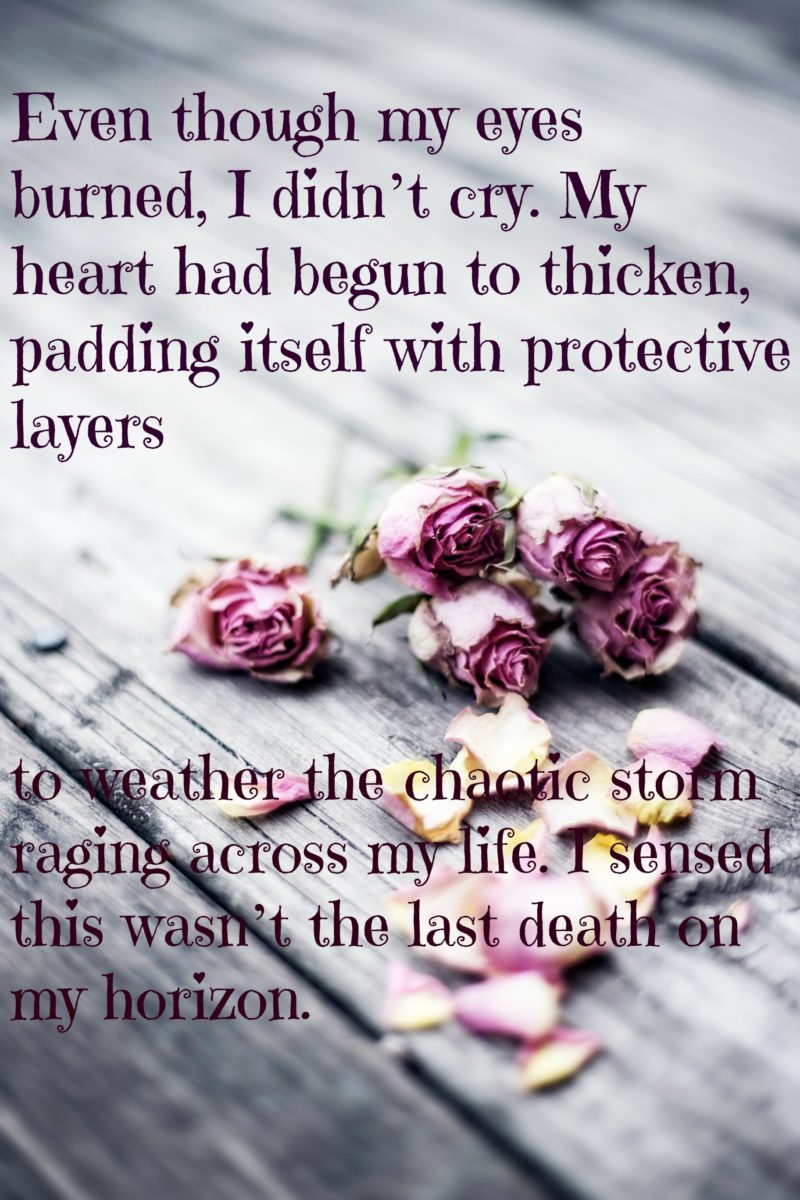 Brick by brick Olivia Wildenstein build this fantasy universe introducing us to many side characters, some more important than others, some hiding astonishing secrets but every single one adding one more layer and color to the story. Some don’t like having many characters in a story but I love it when they serve a purpose and help setting the scenery. It worked just really well for me.

I wa also delighted as I had blurred or mixed feelings for many side characters. I love nothing more than “grey” characters not Manicheans ones. It makes a story so much more interesting! I did not know if they were friends or foe. Depending on their version of the story I could not help having understanding for them. I came to like these characters just to be unsettled in my beliefs by some of their actions or other ‘s “version of events”.  Do I have to root for Catori’s  ancestors or “the others”? Who are Catori’s allies and friends really? The jury is still out.

So would I recommend this book? In a heartbeat if you’re looking for an original plot in Fantasy supported by a strong willed heroine and a whole bunch of side characters.