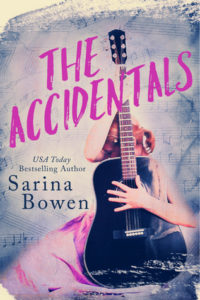 Never ask a question unless you’re sure you want the truth.I’ve been listening to my father sing for my whole life. I carry him in my pocket on my mp3 player. It’s just that we’ve never met face to face.

My mother would never tell me how I came to be, or why my rock star father and I have never met. I thought it was her only secret. I was wrong.

When she dies, he finally appears. Suddenly I have a first class ticket into my father’s exclusive world. A world I don’t want any part of – not at this cost.
Only three things keep me going: my a cappella singing group, a swoony blue-eyed boy named Jake, and the burning questions in my soul. There’s a secret shame that comes from being an unwanted child. It drags me down, and puts distance between me and the boy I love.

My father is the only one alive who knows my history. I need the truth, even if it scares me.

« An accidental is a note in the piece that departs from the stated key signature. But there’s nothing accidental about an accidental, in spite of its name. The use of accidentals adds colors and depth to the music, effectively allowing the composer an expanded color palate from which to paint.”

Ok did you understand it?

Good! Maybe you are a musician.

Me, not so much but how cool does it sound right?

Joke aside The Accidentals was only my second book by Sarina Bowen. The first one did nothing for me while everyone was raving about it. I had this “odd man” feeling you know?

I’m happy to report now that The Accidentals was much more to my taste as I read this one literally in one sitting. I had the couch imprint on my behind as a remnant of my couch reading day.

The Accidentals is really easy to read. I won’t delve into the plot as you can perfectly read the summary here above. If I had to summarize The Accidentals I would say it’s a mash up of bitter sweet sprinkled with some lemon zest to add an acidic taste. I may not be a musician but I am a cook so that will be easier to explain speaking my lingo.

-Rachel’s mom had to raise her daughter all alone. Working extra hours as a pediatric nurse to have Rachel live a decent life. When we’ll learn about Rachel’s dad and her relationship with him (no spoiling your fun here) I was left with a bitter taste. Because what the new woman had she could have had it. She should have had it.

–Rachel’s family that she could have known and enjoyed years and years ago. What a mess her coward of a father left!

–Rachel tiptoeing around her father. Afraid he would hightail to LA is she dared uttering a reproach for abandoning her as a kid. I wanted her to shout and rage at him. Not be so frightened and a shell of herself. Poor Rachel. She was a sweet girl. Talented but she’s just got bad cards in life with her mom dying so young and her having to move, leaving everything behind.

“I used to wonder what was so wrong with me that he didn’t want to meet me.” 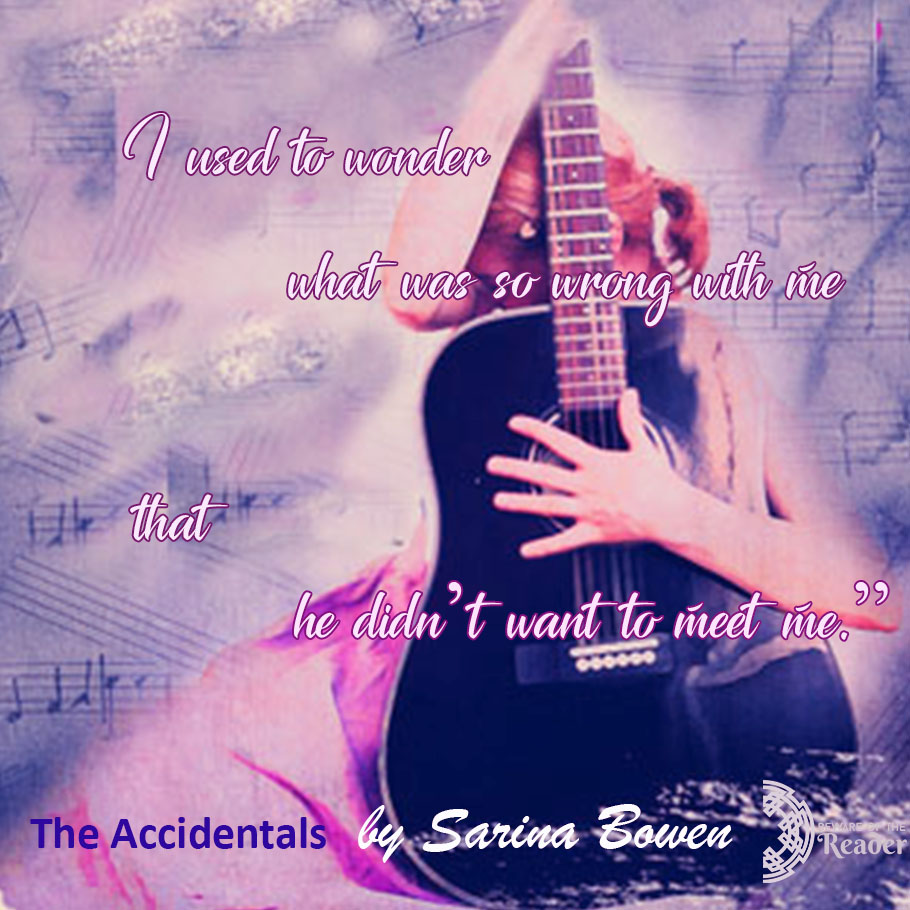 –Haze, Rachel’s childhood friend pushing his need on her. Sorry man she may be your best friend but pushing your need and feelings when she is vulnerable is so not OK! It left a sour taste in my mouth.

–Frederik, Rachel’s father. OK he tried. But he tried seventeen years late! And when his mom just was angry with him he left again! He came back but really how could he expect Rachel to let her guard down and trust him completely? He’s got me all riled up! And what he’s done later…I don’t want to spoil your fun so let’s just say that her dad was trying but he was so immature!

The sweet (I kept the best part for the end)

-Jack. He was the one to redeem the male population in this book! Never putting pressure on Rachel, always ready to alleviate her mood. Smart (future astronomer), handsome, loyal, always respecting Rachel ….I don’t think he had a single flaw.

His banter with Rachel was the light in the dark weeks and months after Rachel’s mom died.

–Aurora. Rachel’s roommate and friend. She was the lightness and fun Rachel needed. Rachel was a good girl at heart. Never did anything risky. Aurora was not what I would call wild but she was more daring and bold than Rachel. Her perfect sidekick. She was also supportive. What Rachel lacked with her dad she found it with her friends.

In short this is a bittersweet story about growing up. Overcoming drama and finding your own voice and your own path. Building your own happy future amidst a rickety road. Learning to forgive, yourself and others. Learning to trust.

I recommend this story if you are a fan of contemporary YA and are looking for something easy to read yet insightful.

Have you read Sarina Bowen before?