When the girls on Natasha is a Book Junkie FB group asked who was game for a Bourbon Thief ‘s group read I did not hesitate. A good friend had gifted the book and it was already on my Kindle. I had seen many good reviews and I was intrigued. What was all the fuss about?

Well know I know why this book made the buzz.

Take a good narrator, a pinch of history, two spoons of slavery and a whole pint of revenge. Stir it all with great characters, smart writing and your recipe will be a hit. 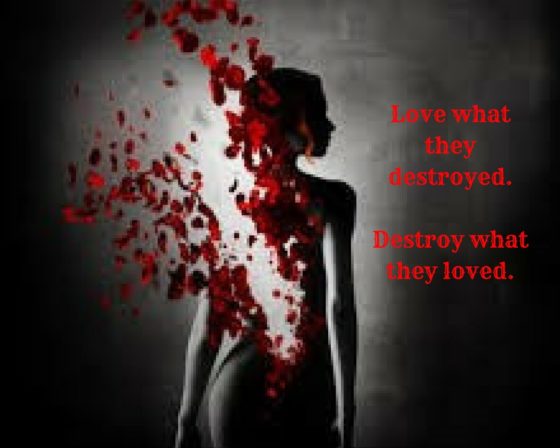 
When Cooper McQueen wakes up from a night with a beautiful stranger, it’s to discover he’s been robbed. The only item stolen—a million-dollar bottle of bourbon. The thief, a mysterious woman named Paris, claims the bottle is rightfully hers. After all, the label itself says it’s property of the Maddox family who owned and operated Red Thread Bourbon distillery since the last days of the Civil War until the company went out of business for reasons no one knows… No one except Paris.

In the small hours of a Louisville morning, Paris unspools the lurid tale of Tamara Maddox, heiress to the distillery that became an empire. But the family tree is rooted in tainted soil and has borne rotten fruit. Theirs is a legacy of wealth and power, but also of lies, secrets and sins of omission. The Maddoxes have bourbon in their blood—and blood in their bourbon. Why Paris wants the bottle of Red Thread remains a secret until the truth of her identity is at last revealed, and the century-old vengeance Tamara vowed against her family can finally be completed.

The blurb already gives you a whiff of Tiffany’s stellar writing. That woman knows how to write beautiful sentences and how to tell an enthralling story. Her writing style is gorgeous. It flows effortlessly with enough details to make us see the tale in hour head,  walk in the character’s shoes but without unnecessary frills. It’s good, solid and elegant. I know this won’t be my last Tiffany Reisz’s book.

The writing was excellent but I still feared the worse at first.

I thought I would be cursed again with a “mildly interesting “book. The encounter between Paris and McQueen was described quite clinically. They had sex but for all the (lack of) details they could have been rescuing penguins on the Arctic ice and I would have felt more heat and passion. What had I signed for?

Fortunately once Paris began her tale about Tamara Maddox’s dark and cursed soap opera of a life I was entranced.

“On December 10, 1978, two very important events in the history of Red Thread occurred—the Kentucky River broke its banks and crested at a record forty-eight feet, and the granddaughter of George J. Maddox, the owner of Red Thread Bourbon Distillery, turned sixteen years old. That was the beginning of the end of Red Thread.” “What was? The river flooding?” Paris gave him a smile, a smile that made him momentarily rethink his decision to not call the police. “Tamara Maddox.”

I could not stop reading about all that happened to this brave girl. It was horrifying and fascinating. I won’t tell much about the plot but know that she got blow after blow and yet she survived. The leading men in her life were real b@stards hiding under the veneer of respected powerful men. It began decades before her birth when the white exploited black slaves.

Her story was intertwined with that of another young girl from a pas era.

“Her eyes softened as she touched the red ribbon tied around the bottle’s neck. It was a tattered old thing. “It’s a miracle that thing has stayed on there,” McQueen said. “Piece of ribbon from the 1860s.” “Slave cloth,” Paris said. “What?” “The ribbon was cut from slave cloth. Thick wool. Slave cloth was made to last a long time. Slaves didn’t get new clothes very often. What they had had to last, had to hold up to hard work and many years. The girl who wore this ribbon? This was probably the only nice thing she had, the only thing she thought of as hers.”

Let me tell you reading about slavery and about entitled rich men was no picnic. Why do people think they are worthier than others just because their skin is a paler shade? Why do these old fashioned powerful men think they can use women for their pleasure and just discard them once the toy is not shiny anymore? And if you think it only happened in the past you’ll be so far from the truth you’ll never find your way back. Seriously I was appalled by what women had to endure in this story.

Slowly I unfold the threads of this family curse.

“We tell ourselves lies to survive when we know the truth will kill us.” 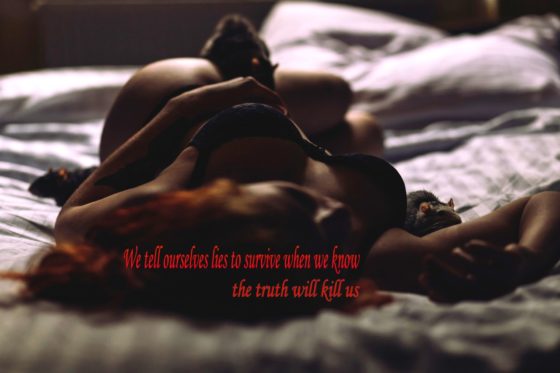 The Arctic ice was long forgotten once the stable boy lost

his shirt it’s a miracle my tongue is not still glued to my Kindle. Soon after I was left once more mouth agape as I could not believe what I’d just read! What nearly happened to Tamara was just…horrifying. And when you think you finally know the whole truth the story just takes a 180° turn. I felt like an MMA fighter once he got his first beating.

Hell bent on revenge the girl will be clever, patient and cunning. She may seem like a sweet red haired little thing but she’s a core of steel. That’s a girl following my heart! Go girl! Make them regret what they did a thousand times! I was out for blood…

“Love what they destroyed. Destroy what they loved.”

I think you could follow my mood and subsequently the twists and turns just by looking at my face. Eyes bulging, heart pit pattering, white knuckles in tense moments and goofy grin when quick witted Tamara made fun of Levi.

“I do care about you. I did and I do. But you drive me up one wall and down the other sometimes and I swear I’m looking down at you from the ceiling right now.

Cooper McQueen was entranced by Paris’s tale but so was I. I forgot everything  and everyone. I was in Kentucky in the stable, the woods or in that cursed mansion. My hair was long and red. My crush was tall and handsome and I loved driving him crazy.  I carried the weight of a doomed family. Revenge was my middle name. That my friend is the trade mark of a very good book.

“A man says things in an excited state that he repents of in his tranquillity.” “

This was the beginning and everything worth beginning began in the dark.