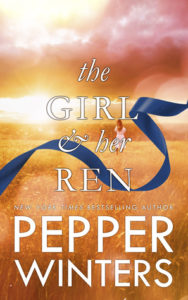 “What do you do when you write down all your secrets? No…that’s not enough. What do you do when you write down all your secrets and the one person who should never read them does?
I’ll tell you what you do.
You hope.”REN
Ren didn’t know the meaning of love until he took Della for his own.
To begin with he hated her, but as the months bled into years, he learned the opposite of hate, dedicating his life to giving her everything.
Every sacrifice, every gift, he gave wholeheartedly.
But then love turned to lust and ruined everything.DELLA
I was stupid to write my secrets down, but I’d been stupid before so it was nothing new.
I couldn’t blame him, hate him, fix him.
I tried to move on without him.
But no matter what I did, I couldn’t seem to delete the secrets I’d written.
Until something happened.
Until he came back and read my stupid secrets.
And nothing was the same after that.

I’ve been given an advanced reading copy of this book but it has no influence whatsoever on my willing and always honest review.

Warning: This story is a sequel, part of a duet and is meant to be read after The Boy and his Ribbon. Don’t read this review if you haven’t read the first book!

5 “I have no tissues left” stars

Sorry but this review will maybe be a little jumbled and messy but I am on emotional overload right now. Empty box of tissue, heaving shoulders and sweeping the mascara from my cheeks. Pepper Winters I HATE you as much as I LOVE you right now!

Without giving away any spoiler (and it will be very hard here) I would like to quote Pepper’s “Note to the Reader” when she said: “Ren was rather adamant that his tale would be based firmly in reality”. (…) It was honestly the hardest thing I ever had to write.”

As Pepper said this story is brutal, heart-breaking but somehow uplifting. Ren and Della’s love is all consuming and never ending.

This story, this love is transcendental. It’s the kind of love that moves mountains, breaks the most hardened heart and makes stones weep. It’s a love that will elevate your soul. Romeo and Juliet’s love will pale in comparison to Ren and Della’s feelings.

The Girl and Her Ren happens on the span of years nearly decades.

It opens with Della writing about her loss at being left by Ren. She is hurting so much her body will topple down under sickness. Isolated, alone she’ll find help with an unexpected “friend” from the previous story.

Losing Ren was exactly like grieving. But Della has been raised in the wild, by a strong boy and she has her own strength. She WILL survive.

“I’m no longer part of a pair. I’m singular. Just Della. And I have a life that I’m wasting. A life that Ren gave me. As much as I hate him for leaving, I can’t destroy what he gave me. I’m going to move on. For him. Even if it’s the hardest thing I’ve ever done.”

Ren left Della as he feared he would lose the battle against lust. He also chose the high morale ground. Always Della’s protector his feelings are complicated.

He wants to protect her, love her yet not in the way he truly dreams of.

He wants to guide her, always, yet fears he is not enough. His is the runaway boy. Illiterate and Della is so smart. She taught him to read. He wants to give her the opportunity to grow to he full potential. Find someone worthy of her. Yet it is agony.

“I’d been the one smothering her, and of course, her feelings toward me would morph into something neither of us could have. She hadn’t had the freedom to learn who she was without me there to teach her. I’d screwed her up. I hadn’t been fair. I’d been selfish and possessive, ensuring I was the most important person to her—just like she was to me. That was wrong. I saw that now. John Wilson was right. I’d ruined any chance at keeping her as my sister, and now, I couldn’t have her at all.”

Based on the synopsis, you know Ren came back and read Della’s journal/school assignment. I’m not spoiling anything here.

From that moment on I will stop with the blurb as you need to read it, to inhale the story through your every pore. You just have to take Della and Ren’s hands and follow them on their life journey. Through angst and joy, through sickness and hope, through savage abandon and tender feelings. 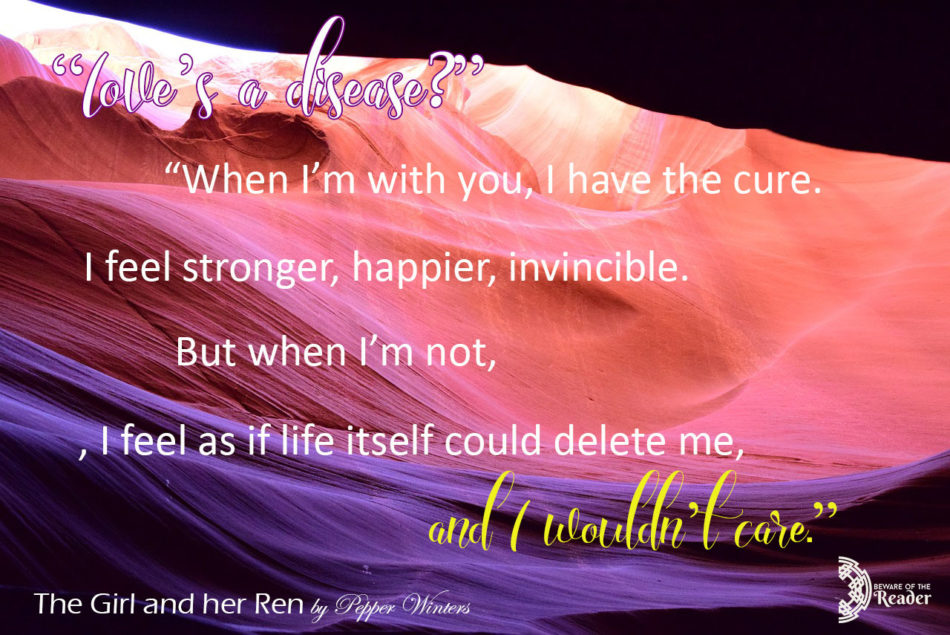 Be warned that some scenes could be excruciating to read. The horrors that happened at the farm Della was born are unbearable. Yet they are not fa fetched as something similar happened in my country more than twenty years ago. When discovered it left the country in stupor and shock. How could humans be so cruel?

We’ve followed Della from toddler to womanhood. She was the spawn of Satan but had not a single evil bone in her body. She is strong, pure, innocent, joyful and the perfect companion for Ren.

Ren is overprotective of Della. The wild boy given away by his mother just to live a new Hell was saved in more ways than one by the little blond girl with big blue eyes. She’ll be his morale compass. His drive to survive, to do better, to be a better person.

Ren is not only rainbow and unicorns. He shelters a darker side he fears showing to Della. Except that Della truly is his other half. What he gives she’ll take.

He will battle to come to terms with his feelings. Things are …complicated.

This is an exceptional story. One that will maybe test your boundaries and your beliefs. How could two kids survive for so long in the wild? Is it even possible? Is it moral that they who lived like siblings developed an appetite for the other’s flesh? What should they do? What future could they hold?

Pepper Winters made a choice. A very courageous choice. It’s HER choice and in this she is true to herself and to her characters.

Life is not a bed of rose. It has ups and downs. When given too much happiness you deserve a dose of despair. It can elate your soul and crush your bones the next moment. That’s what The Girl and her Ren is about.

An exceptional all consuming transcendental story of love and life.

Have you read it yet? Or plan to?