The Hard Truth About Sunshine

New York Times bestselling author Sawyer Bennett has written her most gripping and poignant tale yet. Provocatively heart-breaking, audaciously irreverent and romantically fulfilling, The Hard Truth About Sunshine exposes just how very thin the line is between a full life and an empty existence. 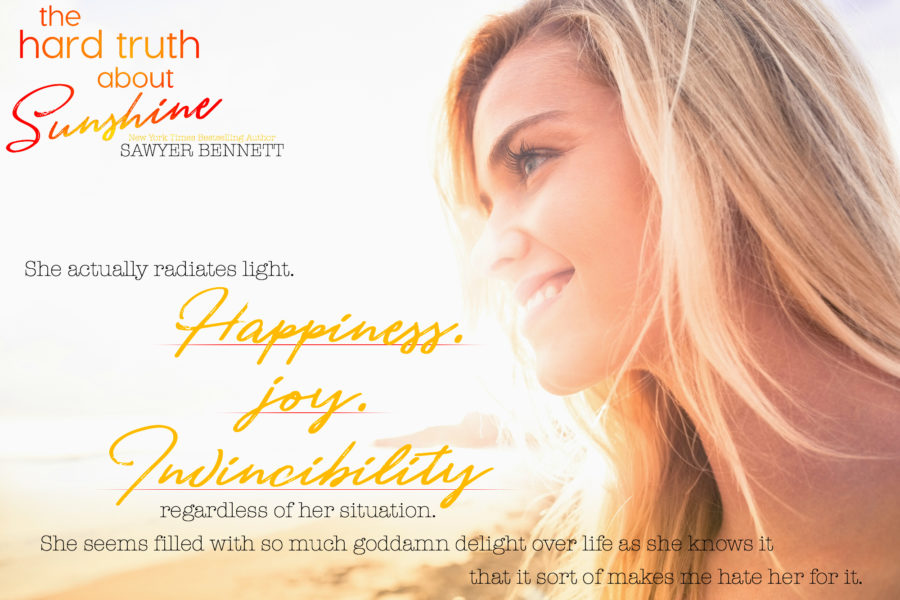 Despite having narrowly escaped death’s clutches, Christopher Barlow is grateful for nothing. His capacity to love has been crushed. He hates everyone and everything, completely unable to see past the gray stain of misery that coats his perception of the world. It’s only after he involuntarily joins a band of depressed misfits who are struggling to overcome their own problems, does Christopher start to re-evaluate his lot in life.

He’s about to find out as he embarks upon a cross country trip with a beautiful woman who is going blind, a boy with terminal cancer, and an abuse victim who can’t decide whether she wants to live or die.

Four people with nothing in common but their destination. They will encounter adventure, thrills, loss and love. And within their travels they will learn the greatest lesson of all.

The hard truth about sunshine…

Warning: This book deals with some tough issues including suicide and sexual abuse.

Warning: This book deals with some tough issues including suicide and sexual abuse.

4,5 “make lemonade with your lemons” stars

“Listen… it’s okay if you want to sunshine your way through life and look on the bright side of things. And it’s also okay if you get scared and think the world is falling in on you. You can have both. You can have moments of great confidence in yourself, and then moments where you’re so low you don’t think you can make it another day. But the one thing you can never do is give up the belief that it will all be okay. And you’ll know it will all be okay because regardless if you’re up or down, I’ll be with you through it all.”

Thousand feelings and a whole stack of tissues gone.

Do I have to smile or cry?

No this isn’t a riddle. It’s how I felt reading this book alternating between “I have a big lump in my throat it must be allergy” and “the big goofy smile has NOTHING to do with Miss Sunshine”.

Seriously, this book is an incredibly emotional story. So far from the naughty books written by Sawyer Benett.

I’m a real sucker for beaten heroes and sob stories so I must confess that I requested this book solely based on the blurb. I love hot stories but give me a “coming of age” story filled with broken people, a road trip and the beginning of solid friendship and I forget all about the sexy stories.

The first pages were slightly disappointing.  I had a difficult time falling into the story. Christopher’s anger, attitude and his walls made it difficult to connect with him.

He has one leg and some fingers missing and he was ANGRY! “Bitter, angry and like to smoke pot” that’s how he was described in the first pages. I do get why he would think life is unfair as he did not sign to be a hero but just to escape the mines. Worse: everyone let him down. He had to heal alone. But he pushed everyone away me included. He was all “We’ve all got sob stories but none can compare to mine, so I don’t care about theirs.” Charming personality isn’t it?

Now luckily Miss Sunshine and the misfits crew happened to him. Misfits crew aka “Sexy Eyes, Goth Chick, and Dead Kid”.  All are broken and hate their lives. It’s unfair that they had to go through it and that’s what binds them together.

Forced or rather bribed to go on a road trip with them, Christopher will progressively open up to others, to hope, to life.

Once they all were on the road and began bonding my interest was picked. Who could remain unaffected by Jillian’s (Miss Sunshine) bright personality? I really loved to witness how she gave him a run for his money. She was spot on and Christopher deflated like a balloon, all anger forgotten when faced with Jillian’s kindness. I swear she was better than Prozac! So sunny that Christopher began to hope.  She pierced his walls and made him see the light.

“You’re like a blaze of bright sunshine that the fucking darkest sunglasses can’t repel.”

I’ll have to try to beat my aggressors with kindness. Maybe it will work 😉


She had her (un)fair share of problems and still she was so courageous and positive!

“It’s nothing more than finding the good in a situation and appreciating it with such passion that it makes up for the loss of other things. It’s redirecting. Refocusing. Accepting. Moving on. “

Connor, Barb, Christopher and Jillian all made a very touching crew. They were all flawed and all relatable. I grew very fond of them and that’s why I hurt so much when something affected them. They hijacked my feelings and did not let me go before the very last sentence.

You will hurt. You will ponder on the fairness of life in general. You’ll rage against fate and ask “Why me?”. You will hope and see that the best way to go in life is to “make lemonade with your lemons”. You will cry, smile,…you will FEEL!

One last parting quote that I loved (among so many others): 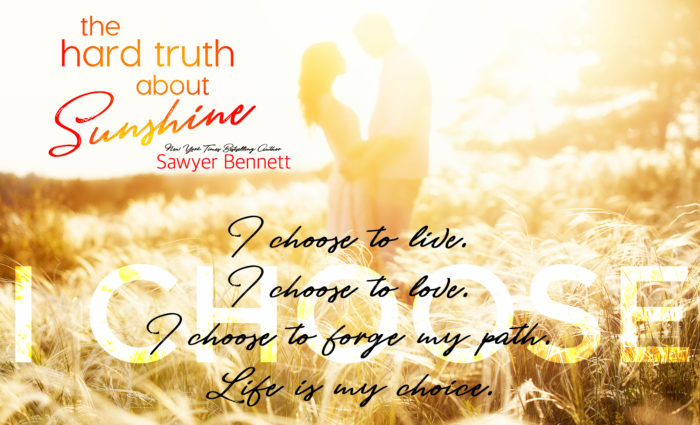 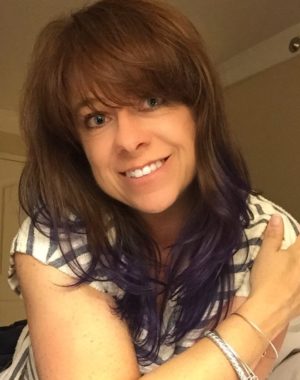 Since the release of her debut contemporary romance novel, Off Sides, in January 2013, Sawyer Bennett has released more than 30 books and has been featured on both the USA Today and New York Times bestseller lists on multiple occasions.

Sawyer likes her Bloody Marys strong, her martinis dirty, and her heroes a combination of the two. When not bringing fictional romance to life, Sawyer is a chauffeur, stylist, chef, maid, and personal assistant to a very active toddler, as well as full-time servant to two adorably naughty dogs. She believes in the good of others, and that a bad day can be cured with a great work-out, cake, or a combination of the two.
WEBSITE | FACEBOOK | TWITTER | BOOKBUB | AMAZON AUTHOR PAGE | INSTAGRAM