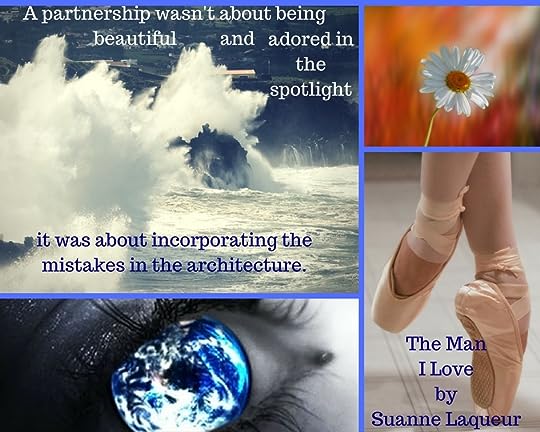 A copy of this book has been kindly provided by the author via Netgalley.com, in exchange for an honest review.

If you’re looking for a very emotional and intense story written from third point of view, I want to shout: “just give this book a chance!”.

I had never read anything by this author and never expected her to trigger such extreme and primal emotions in me.

It began all smooth charming and sweet with Erik’s childhood and later on his encounter with Daisy on campus. I was intrigued by this world of dance and concert with fifty percent of the male population openly gay. The mirror is the dancer’s best friend. It’s a world of discipline and dedication. You go into dancing like you would enter religion: you’re all in or not at all. Passionate.

When Erik met Daisy it was instant recognition of two souls. Their love was shining. They were utterly happy surrounded by friends all very interesting characters. They made the story bright, vivid. Their interactions and banter made it real, relatable.

When the tragedy happened it was terrible…

It was so close to what I’ve read on the news these last years. They were all devastated their dreams shattered. But they survived. Except…they were far from good.
Always serene, real rocks into a stormy sea Erik and Daisy were unrecognizable. They were in a frenzied rush. The ups were so high and the downs so low. A race to self-destruction.

Little did I know the worst was yet to come for me… It was like a slap in the face. I could not breathe anymore. Bile gathered in my throat. I was cold all over. What happened pushed my buttons so hard I wanted to stop reading, stop suffering, stop…just make it stop!

But I promised an honest review and so I soldiered on. I put my huge (because to me personally it was harsh) girl panties and finished the story.

The main and some of the side characters were battered, broken beyond belief physically and/or emotionally. Suanne Laqueur spared absolutely no pain to Erik and Daisy.

It’s a story of great love and utter devastation. A tale of surviving events so dreadful you’re pushed into the dark pit of depression. It’s intense, desperate, gut wrenching and yet brilliant in its execution. The author could make her characters shine so bright, exhilarated just to snuff their lights out mere moments later and throw them on the long journey of reinventing themselves. They become better, stronger but have to pay the price as they stumble and fall so many times.
»Nothing man-made was perfect. Not even massive churches. A partnership wasn’t about being beautiful and adored in the spotlight, it was about incorporating the mistakes into the architecture.”

She pushed me way out of my comfort zone but I can honestly say Suanne Laqueur is a brilliant author.

My only complaint: the door is still open I want more about their after.