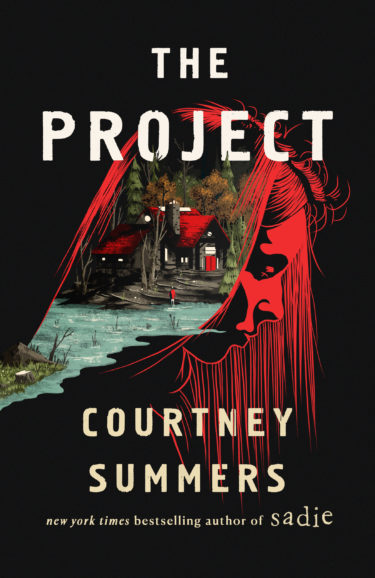 From Courtney Summers, the New York Times bestselling author of the 2019 Edgar Award Winner and breakout hit Sadie, comes her electrifying follow-up—a suspenseful, pulls-no-punches story about an aspiring young journalist determined to save her sister no matter the cost.Lo Denham is used to being on her own. After her parents died in a tragic car accident, her sister Bea joined the elusive community called The Unity Project, leaving Lo to fend for herself. Desperate not to lose the only family she has left, Lo has spent the last six years trying to reconnect with Bea, only to be met with radio silence.

When Lo’s given the perfect opportunity to gain access to Bea’s reclusive life, she thinks they’re finally going to be reunited. But it’s difficult to find someone who doesn’t want to be found, and as Lo delves deeper into The Project and its charismatic leader, she begins to realize that there’s more at risk than just her relationship with Bea: her very life might be in danger.

As she uncovers more questions than answers at each turn, everything Lo thought she knew about herself, her sister, and the world is upended. One thing doesn’t change, though, and that’s what keeps her going: Bea needs her, and Lo will do anything to save her.

Riveting, chilling and so realistic!

As this is a mystery, I will keep the review on the short side to be sure not to spoil anything.

First word that come to mind about the Project is RIVETING

I HAD to know if Lev and the Project were good or a dreadful sect.

Second word about this is CHILLING

The suspense was sometimes so unbearable to me that I wanted to pause just to clear my head. Because if what I feared was real this was simply unbearable.

The third word is REALISTIC

Courtney alternated chapters from Bea and then Lo’s POV. Between their past, their youth and their present.

It gave me the chance to really get to know both girls.

From Bea who didn’t want a sister but fell in love with her at birth.

To Lo who was so angry that Bea left her after the accident.

Progressively, the more Bea fell into the Unity Project, we saw her change. Her personality got eclipsed and she lived for Lev, into his shadow. He was their sun, their prophet, their salvation and they were his sheep. Happy to be part of such community. But becoming part of the Unity came with the price of leaving your old live.

When Lo really emerged from the accident that nearly cost her life and she saw Bea had left her she was furious. She tried connecting with her big sister but was rebuffed every time! She was convinced the Unity Project hid nefarious motives. But when she began enquiring about it and meeting with Lev, her conviction faltered. What if? What if he was God’s messenger? What if he truly saw her? What if she was a miracle? His miracle?

Courtney Summer had me doubting everything. Changing mind like Lo did. I didn’t know what was the truth. Who was good or foe.

Special mention to both narrators Emily Shaffer and Therese Plummer, they truly brought this story to life!